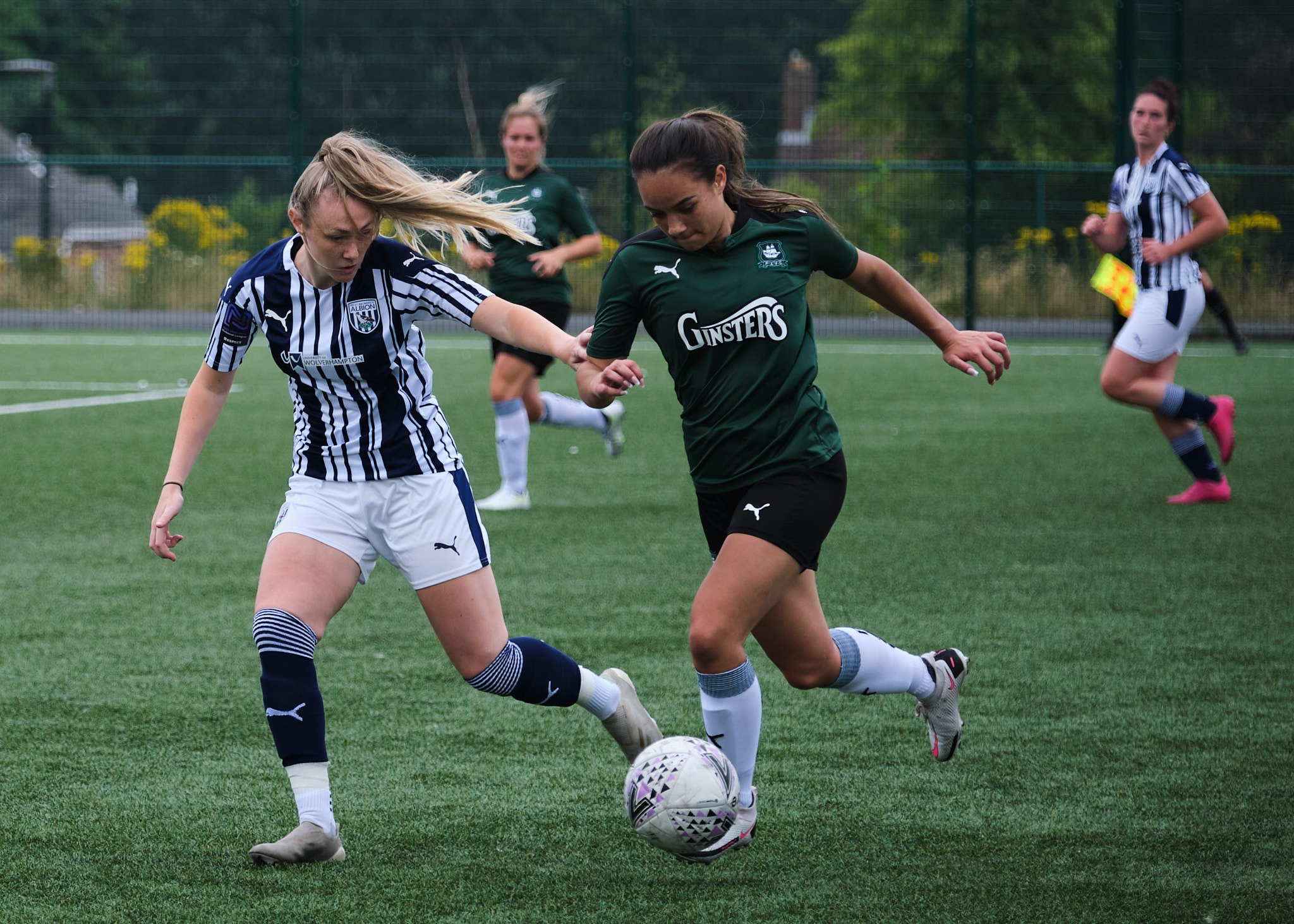 With their FA Women’s National League campaign kicking off in the coming weeks, our women’s team will enter the season with better than ever support from the Argyle family.

In line with our Vision and Values, the football club and Argyle Community Trust have combined to bring Argyle Women firmly under the club’s wing ahead of 21/22, underlining the ‘One Argyle’ philosophy shared by everyone at Home Park.

Having been taken under management by the Argyle Community Trust during the lockdown period, the team will also benefit from a number of new measures of support from the club and our partners moving forward – all designed to safeguard the club’s future, remove barriers to participation, and allow the team to build for the future with club support.

Ahead of the upcoming season, for the first time in the club’s history, all administration and participation costs for players will be funded by the football club, ensuring that no Argyle Women’s player will be out of pocket for representing the Greens.

In addition, a number of measures have also been implemented to provide support to the team, with the club and its commercial partners providing a range of practical support to the squad, including pre-and-post-match meals, full kit provision, travel to away fixtures on the first-team coach, and medical care provided by club partner Nuffield Health.

While removal of barriers to participation is one of the key motives behind the contribution, the club is also implementing structures so that, like the rest of Argyle, the women’s team can make strides towards long-term growth and sustainability, as well as raising the profile of the game in the South West.

With this in mind, the club has committed to hosting a number of Argyle Women matches at Home Park during the upcoming season, as well as investing in dedicated media and marketing staff to provide coverage of the team’s matches, home and away. In addition, all ticketing for all Argyle Women - including home fixtures and season tickets - will now be handled by the Home Park Ticket Office team.

While some of these measures are long-term projects, the commitment from the club has already had a measurable impact on player recruitment, with a number of the Pilgrims’ stars of previous seasons returning to Home Park to complement a promising young squad for the 21/22 campaign.

In recent weeks, a number of former Argyle stars, including Natasha Knapman, Gabi Alphous, Zoe Cunningham and Rebecca Dandridge have all returned to the club for another spell, signalling the exciting direction the team is going in under manager Ryan Perks.

That potential was underlined with a 2-1 away victory at Northern Premier League side West Bromwich Albion, with Cunningham and Alphous, playing as a trialist, both on target.

Argyle Chief Executive Officer, Andrew Parkinson, said: “We are proud to have supported our women’s team through a challenging time, and provide support to the club through our outstanding Community Trust. Now, though, we can really look forward to the future with a real sense of excitement for the team.

“We feel that this package of support provides a really stable foundation for the team to go on and develop, and it is another great opportunity to share Argyle with the community and inspire the next generation. In line with our Vision and Values, we feel we have laid the groundwork for Ryan and his team to prosper and raise the profile of both the club and the women’s game.”

Argyle Women Manager Ryan Perks said: “We are extremely grateful to the club for the ongoing support in what has been an extremely difficult period. We can look forward to the season ahead with renewed optimism. Removing barriers to play for the club has already seen us bring plenty of new signings in the pre-season, and we can’t wait for the league campaign to begin.”