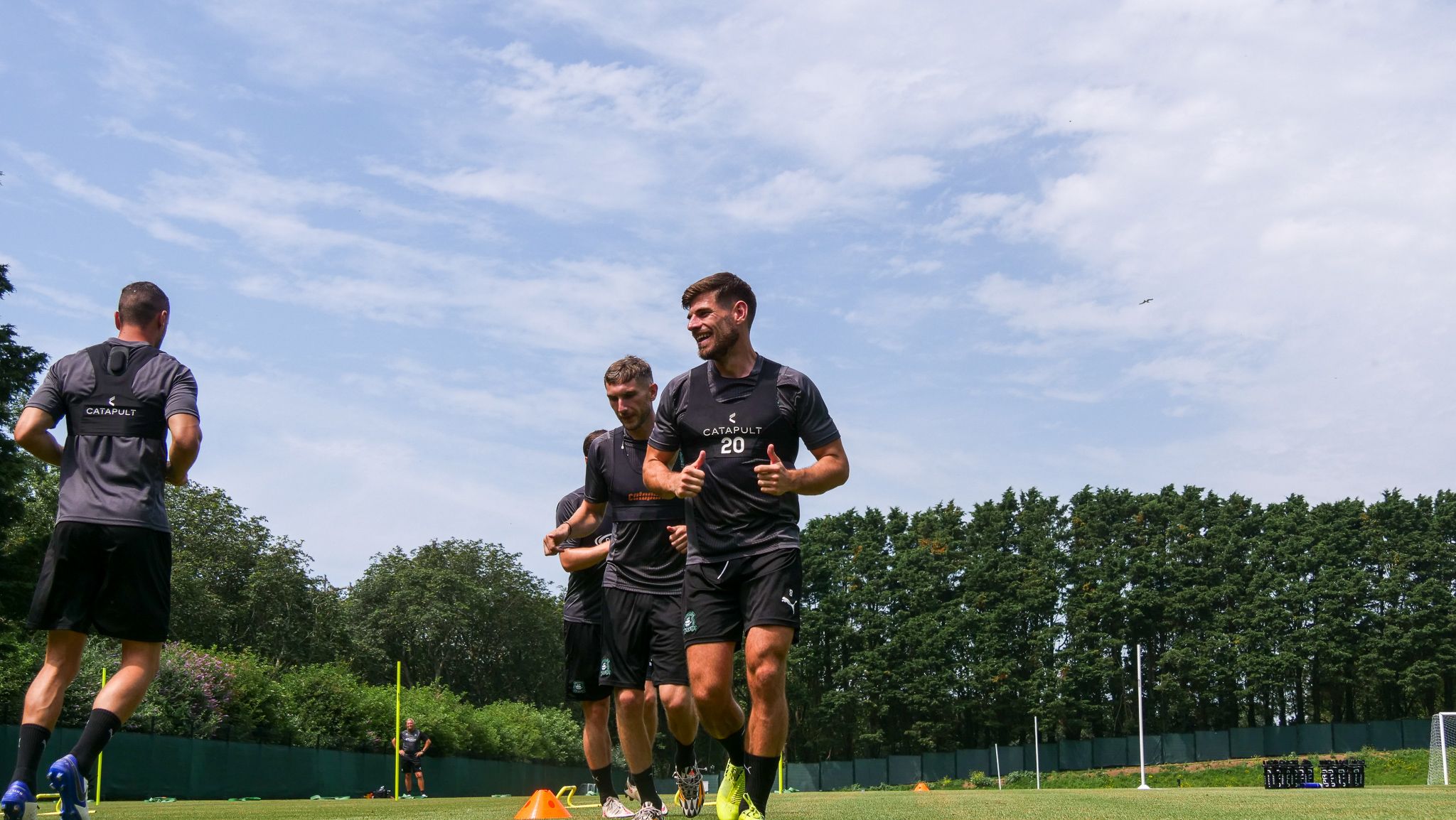 The Greens travel to South London to take on Charlton Athletic on Saturday, looking to continue their great form in Sky Bet League One.

Around 3,000 members of the Green Army will also make the pilgrimage to the capital hoping that their side can remain top of the table.

If they are to do so they will have to overcome an improving Charlton side who have won four, drawn one and lost one under caretaker manager Johnnie Jackson.

Argyle saw off Sheffield Wednesday on Tuesday night to reach the second round of the Emirates FA Cup.

It was the second time in a week that the Greens had put in an impressive attacking display, beating Accrington Stanley 4-1 just four days earlier.

Only Ipswich Town, with 34 goals, have scored more than Ryan Lowe’s men this season and top scorer Ryan Hardie is back in goalscoring form with two in his last two.

Jordon Garrick, who replaced Luke Jephcott for the past two matches, also has two from two – bagging a brace on Tuesday night against Wednesday.

Ryan is confident his side can continue to perform but, as always, is making sure that the players know they must be at their best.

Speaking ahead of the game he said, “What we have to do is make sure were right and ready.

“Charlton have had a bounce back under Jacko (Johnnie Jackson), we have to make sure that we use our confidence and do what we do.

“He has done a fantastic job and he is 100% committed to the football club and deserves a chance to have the job on a full term basis.

“They play the right way, they get on the front foot and leave everything out there.

“They have asked to fill the ground this week and it should be a great atmosphere.”

The Addicks are keen to try and press home their advantage and continue the momentum that has built up since Jackson took charge.

They have used a social media campaign to #FillTheValley and have been offering home supporters a special deal to try to generate the best possible atmosphere.

On the pitch, things have been going well. They are unbeaten in four league matches, winning three in that time.

Last time out a Ben Purrington goal was enough to get the victory over Burton Albion, but they did have striker Jayden Stockley sent off.

Lowe, who worked on his UEFA Pro Licence with Jackson, knows the form Charlton are in and the atmosphere is going to be a test for his players.

He said, “At this moment of time we’re top of the league, people will want to fill the ground and try and beat us.

“We’ll take 3,000 there and I’m sure they’ll be loud and proud, and these are the sorts of games you want to be playing in – we are looking forward to it.”

A brace in the league ensured the Greens travelled back west with a point, while he scored the only goal of the game a year ago when the Pilgrims ran out 1-0 winners in the first round of the Emirates FA Cup.

Charlton did get their revenge though with a 6-0 win at Home Park at the back end of last season.

Argyle will be bolstered by the return of Luke Jephcott and Brendan Galloway from international duty, while George Cooper is also back in contention.

Niall Ennis and James Bolton are both still unavailable.

The hosts will also welcome back players from international duty with Chris Gunter and Conor Washington returning to training this week.

The Addicks were unsuccessful in their appeal against Stockley’s red card so he will miss the match, while injury doubts Jonathan Leko and Adam Matthews are not expected to be fit enough to feature.

There are only a limited number of tickets available for the game which kicks off at 3pm.

Ticket sales will be available from the Home Park Ticket Office and www.argyletickets.com until 3pm on Friday, 19 November.

For further information about where to pick up a ticket which hasn’t been collected from the Home Park Ticket Office please click here.