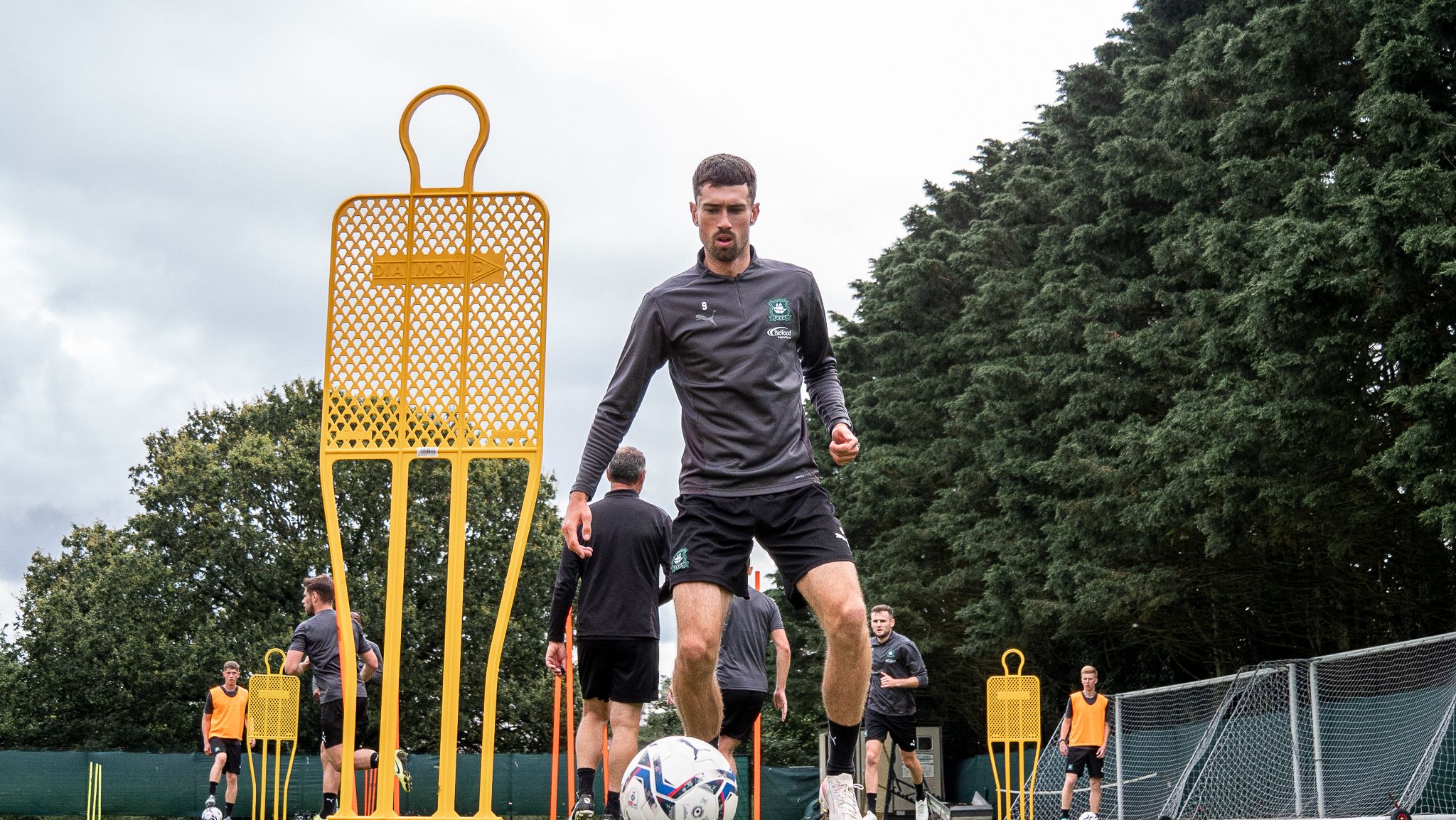 Argyle take on Wigan Athletic at Home Park on Saturday looking to put back-to-back defeats to Charlton Athletic and Wycombe Wanderers behind them.

The two losses were only the second and third of the season for Ryan Lowe’s side and after 19 games, the Greens are just a point off the top of the Sky Bet League One table.

Having previously been unbeaten on home soil, Tuesday night was the first time the Pilgrims have failed to score at Home Park in the league this season and do boast the joint third best attack in the division.

Argyle have won six of their last 10 home matches in all competitions and have kept three clean sheets during that process.

The five goals conceded in the last couple of matches goes against what has been an impressive defensive performance so far this season and the players and staff are keen to get back to their solid best against Wigan on Saturday.

Speaking ahead of the game Ryan said, “They are all big games aren’t they? We respect every team that comes and for us we need to make sure we get back on track a bit.

“We are in a fantastic position, and we are probably overachieving a little bit on where we thought we’d be but we have to keep going and keep working to stay in there.

“The lads are bubbly and smiling and have been great in training, we’ve got the disappointment of the last couple of games out and we are ready to go again.”

Home Park is expected to be sold out for the second time this season, with a limited number of tickets still available.

Over 16,000 fans saw the Greens beat Ipswich Town at the end of October and it is expected to be a similar crowd for the visit of fourth placed Wigan Athletic.

Wigan are a point and a place behind Argyle but do have two games in hand over the Greens.

They have lost just one of their last five matches in Sky Bet League One and have the second tightest defence in the division.

Leam Richardson’s side came from 2-0 down to draw 2-2 away to Cambridge United on Tuesday night thanks to goals from Will Keane and Callum Lang.

Their away form has been impressive so far, winning six of their eight games.

They are currently unbeaten on their travels since a 2-1 loss to Sunderland on the opening day of the season.

Ryan knows it’s going to be a tough game on Saturday but is looking forward to the test.

He said, “Leam is doing a great job, they have some good players in there and they play the right way.

“They will come here and want to win but they’ll want to win playing football and I’m sure that will make for an entertaining game of football.”

Last season Wigan picked up four points from the two meetings, drawing 1-1 in Lancashire before Viv Solomon-Otabor and Curtis Tilt got the goals for the Latics as they beat Argyle 2-0 at Home Park.

Argyle will be without Brendan Galloway after Ryan Lowe confirmed that the Zimbabwe international is going to have a scan on his knee after being stretchered off in Tuesday’s game with Wycombe.

Niall Ennis is back in full training and James Bolton is stepping up his recovery, but it’s expected Saturday will be too soon for the pair.

Wigan will be without star striker Charlie Wyke who is recovering from collapsing during training earlier this week.

The midfield duo of Tom Naylor and Jordan Cousins are still side-lined, but summer signing Joe Bennett could feature after playing for the under-23 side in the week.

There are a limited amount of tickets available for the game which is likely to be a sell-out. Information about what is still available can be found at www.argyletickets.com or by calling the Home Park Ticket Office on 01752907700.