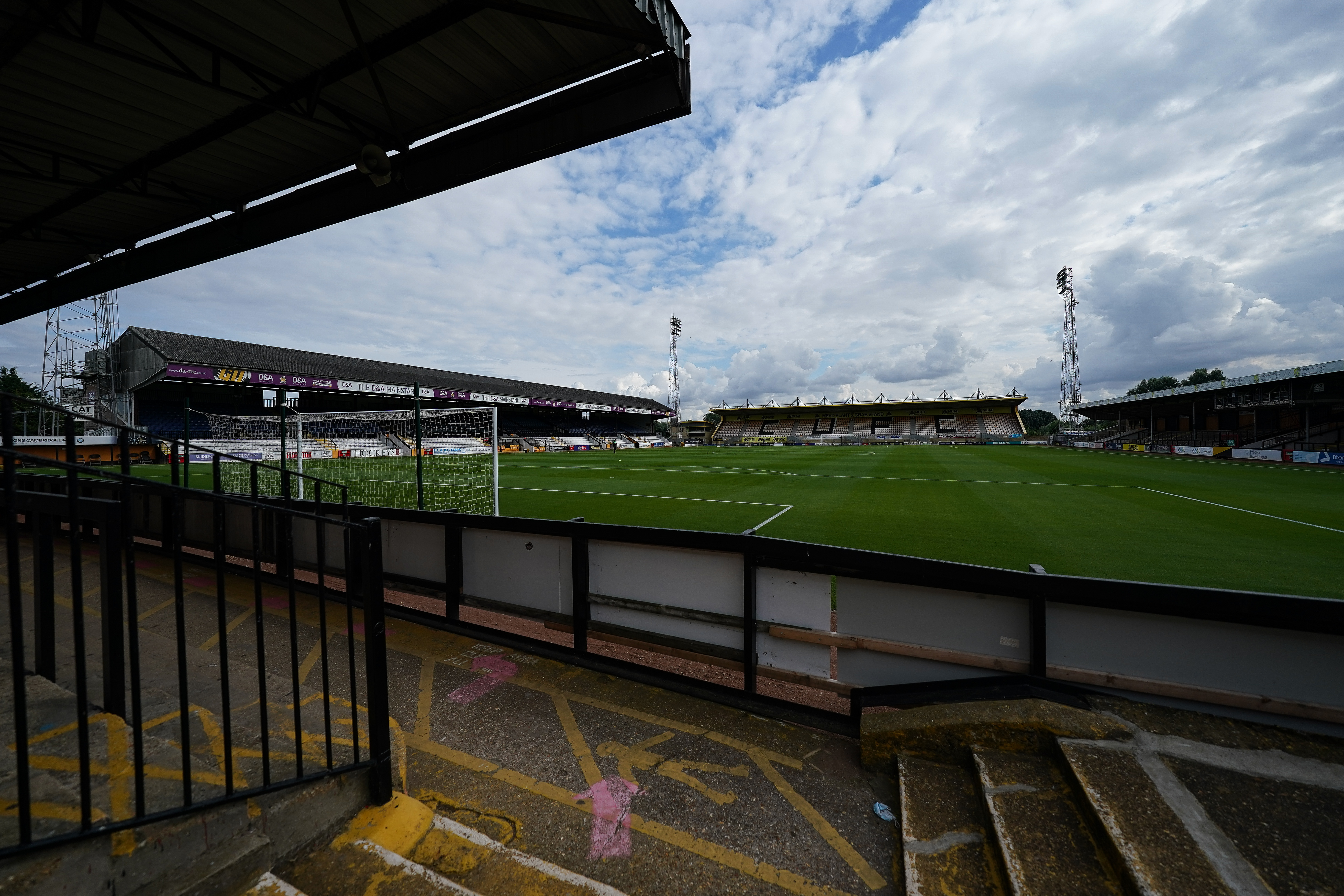 Having witnessed their team banish a 41-year hoodoo at Priestfield on Saturday, the Green Army will once again clock up the miles on Tuesday, making the long trip east to take on Sky Bet League One newcomers Cambridge United.

Are you heading to the Abbey Stadium on Tuesday night? Read on for our away fans' guide.

Away fans' guide to the Abbey Stadium

Tickets will remain on sale from the Home Park Ticket Office until 3pm on Monday, 21 February and will be available to purchase online until 9am on Tuesday, 22 February.

Tickets will be available to purchase on the day of the game and can be bought at the away ticket windows at the Newmarket Road end of the ground, for a £2 price increase.

Tickets already purchased for this fixture will be available for collection from the Home Park Ticket Office until 3pm on Monday with any uncollected tickets sent to Cambridge to be picked up from the away ticket windows at the Newmarket Road end of at the Abbey Stadium from 6pm.

Supporters who have booked and paid for postage and have not yet received their tickets, please call the Home Park Ticket Office on 01752 907700 or email tickets@pafc.co.uk by noon on Tuesday so we can arrange duplicates for collection at Cambridge in the evening.

Travelling to the Abbey Stadium

From the South - M11 to Junction 14, then turn east along the A14 dual carriageway:

From the North - A14 from Huntingdon, then turn east along the A14 dual carriage way:

Then exit the A14 at the fourth junction (situated east of Cambridge), up the slip road to the roundabout (signposted Stow-Cum-Quy). Turn right onto the A1303, and return westwards towards Cambridge. Go straight over the first roundabout, passing Marshall Airport to the left. Go straight over two sets of traffic lights to a roundabout. The ground's floodlights can be seen from here and McDonald's is on the right.

Turn left onto the ring road. Turn right at the first roundabout (a large Sainsbury's is on the left here), and go along Coldham's Lane. After half a mile, immediately after the traffic lights turn right into Coldham's Road before the railway bridge.

A Citibus C3 bus stops within a few yards of the ground (Ditton Walk stop) on Newmarket Road and runs from the railway station and through the city centre every ten minutes during the day, and at longer intervals in the evenings. Check the Stagecoach website for more details and a Citi 3 timetable.

On days when the U’s play at home, both home and away supporters will be able to purchase a special £2.50 return ticket from the Newmarket Road Park & Ride to ferry them to and from the Abbey Stadium.

The ticket is valid for one passenger only. However, if travelling with children, the normal £3 Park & Ride ticket is also available to purchase, allowing children under the age of 16 to travel free with one fee-paying adult.

Cambridge railway station is located in the city centre and is a 25-30 minute walk from the ground.

Turn right - again - onto Mill Road. Walk over the railway bridge, then take the third left, (Sedgewick Street). Follow this road, pass a set of traffic calming barriers, and shops (at this point you are on Cromwell Road) to a T-junction, (Coldham's Lane). Ahead of you should be a large field (Coldham's Common). Go into this field and follow a path under the railway bridge to the away turnstiles.

There are regular services to and from Cambridge railway station, where taxis are available or the Citibus C3 service runs from the station every ten minutes during the day and at longer intervals in the evenings.

There is also now a new station in the city, Cambridge North, nearby in Chesterton. Not every train stops there, however, and it is approximately a 30 minute walk to the ground.

Coming out of Cambridge north station, turn to the left and walk through the bike parking area and onto the cycle/footpath running parallel with the train tracks. This leads to a cul-de-sac called Moss Bank. On exiting Moss Bank, turn right on Fen Road. Continue straight on Fen Road (and later Water Street) for about half a mile until you reach the Green Dragon pub. At the pub, cross the river using the footbridge and then cross over Stourbridge Common to join Oyster Row and Garlic Row. At the end of Garlic Row you will join Newmarket Road - turn left, cross over the railway lines and you will see the stadium on your right.

There is no on-site car parking available at the Abbey Stadium. Street parking around the stadium is restricted. Cambridge United encourage supporters to use the Park & Ride service.

The Park & Ride service is situated near the airport to the east of the city and is a 10-to-15-minute walk to the ground along Newmarket Road. More information can be found here Maps - Newmarket Road - Cambridge park & ride (cambridgeparkandride.info)

Cambridge United are trying to encourage contactless payments wherever possible in the ground. However, the concession kiosks will accept cash if there is no other option.

There are Tea Bars located at the rear of both the South Stand and South Habbin Stand, serving a variety of food and drink, both hot and cold, and alcoholic beverages.

Meanwhile, there is also an additional catering unit to the left of the South Stand which away supporters will find immediately to their right once entering the turnstiles.

Food and drink is reasonably priced, with Cambridge United advising away supporters that roughly £5 to £6 would cover the cost of an item of hot food and a drink.

Dave and the Cambridge United team of Abbey Helpers are on hand throughout a match-day to assist supporters with any queries they may have.

Official match day programmes will be on sale for the fixture, and are available to buy from the Club Shop and Programme Exchange, as well as the South Habbin and South Stands.

The Programme Exchange is located around 20 yards from the coaches' drop-off point.

Supporters can also take advantage of a click and collect programme ordering service, allowing you to pre-order the programme and collect upon arrival. Click here for more information.

Cambridge United have worked with Picture Path to produce an app designed to reduce anxiety in SEN children while they are at the football match.

Like Argyle, Cambridge United offer audio descriptive commentary for supporters who require it on their visit to the Abbey Stadium.

This free service is provided by volunteer fans of Cambridge United who have been expertly trained and are into their tenth season of providing a highly professional, neutral and entertaining match description.

The service is broadcast to all parts of the stadium. All users of the service must have a sighted guide with them to comply with ground regulations. The service should be pre-booked in advance.

Admission cost is at the concessionary rate, and for sighted guides admission is free.

Cambridge United recommend that anyone wanting to use the service should speak to someone in the ticket office personally, rather than book tickets online. This is the only way to guarantee the best help in getting the right location and ticket price, as well as the free ticket for a sighted guide or carer.

The service should be pre-booked in advance by contacting Nick Parker on 07929 589925, or email: nick.parker56@googlemail.com