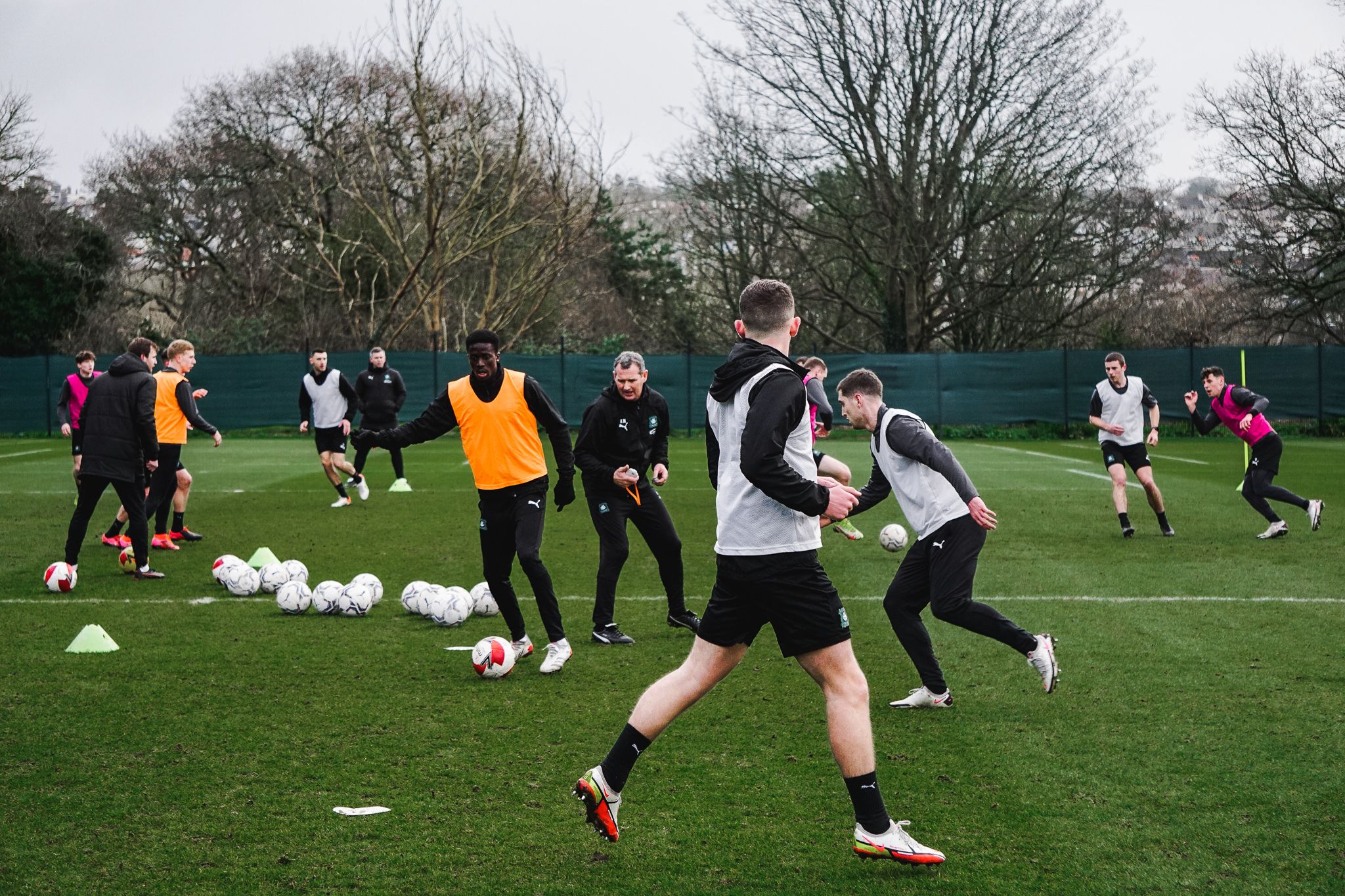 Back home for the Shrews

The Greens are back at Home Park for the first time in three weeks on Saturday, when Shrewsbury Town visit the Theatre of Greens.

It was mid January when a last minute goal from Max Melbourne gave Lincoln City a 2-1 win over Argyle at Home Park, but in the time since the Greens have been on a good run of form.

Steven Schumacher’s side are unbeaten in their last three Sky Bet League One matches, with seven points from those three away trips.

Speaking ahead of the game he said, “We’ve taken seven points form the last three league games which is great, but it’s important we try to keep that form going into this weekend and the players are keen to put in a top performance for the Green Army.”

Tuesday night’s 4-1 win over Crewe Alexandra took Argyle to the 50 point mark and just three points outside the play off places.

Ryan Hardie scored a hat trick, the first for an Argyle player since Reuben Reid in 2015, and Niall Ennis grabbed the other as the Greens bounced back from going behind.

Those four goals took their tally to 11 in the last three league games with all four strikers scoring in that run of games.

Only Rotherham United, Sunderland and Oxford United have netted more times than Argyle this season.

Nine of the 11 games of Steven’s tenure in charge of the Greens have been on the road, with just two played in front of the Green Army at Home Park.

To come into a home game in good form and scoring goals is something Steven is really looking forward to.

He said, “I can’t wait. The two home games we’ve had since I’ve been in charge have been great but nine out of the 11 have been away from home and I am sick of the sight of that coach.

“The travel takes its toll on the body; the players are baring a lot of stress but to get through it without big injuries is great.

“The mental side of things as well is also really tough, to win games away from home is not easy.

“It’s not normal to have this many away games but we have to try and use the crowd and other home comforts to continue our form this weekend.”

They take on a Shrewsbury side who are without a win in their last seven games in all competitions, with their last league game coming at the beginning of January.

In that time they have conceded seven goals, four of which came away to Liverpool in the Emirates FA Cup.

The Shrews, who currently sit 18th in the Sky Bet League One table, have conceded just four times in their last 10 games and have kept clean sheets in four of their last five away games.

Their away from has been solid of late, unbeaten in five and drawing their last four.

Steven said, “They are a really well organised team and are difficult to beat. I think they’ve drawn their last four games and don’t concede a lot of goals.

“We will have to be at our best as always, try to play with a tempo and get the fans behind us.”

The Greens put in an impressive display in Shropshire earlier this season, running out 3-0 winners thanks to a brace from Ryan Hardie and a goal from Luke Jephcott.

The Shrews don’t have a great record at Home Park, last winning in the 2001/02 season, with Argyle winning three out of the next five games played in Plymouth.

Steven Sessegnon will be assessed ahead of the game as he looks to make his debut for the club.

As for the Shrews, Tom Flanagan and Matthew Bondswell are hoping to make their debuts after signing in January.