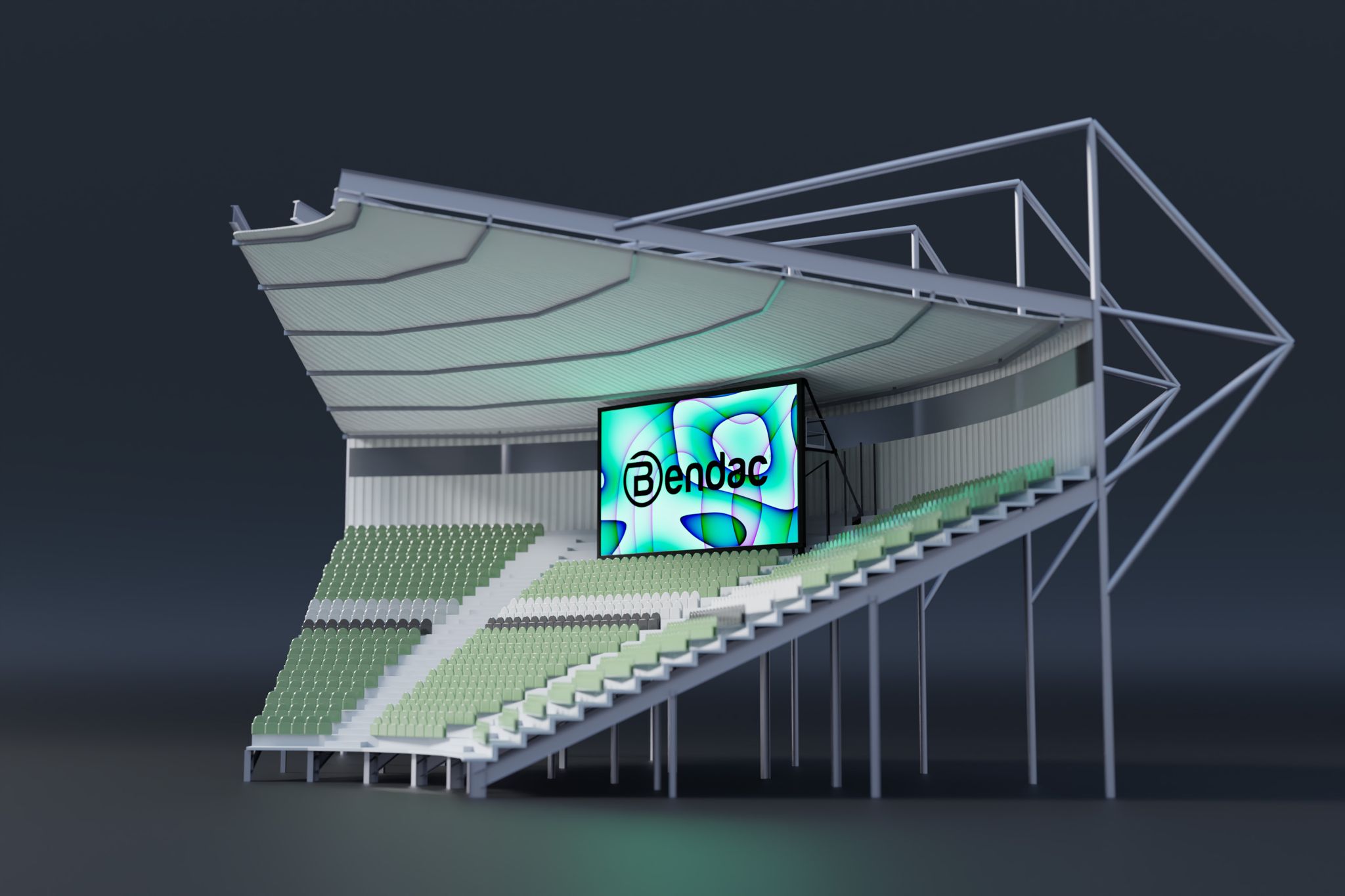 We are delighted to announce that a giant digital screen will be installed at Home Park during the close season.

Following an exhaustive research process, the club has invested in a Bendac infiLED screen to be installed at the back of Block 17, in the Lyndhurst Road Stand and Barn Park End corner.

Subject to overseas shipping, the screen - which comes in at an impressive 45 square metres - will be installed at Home Park in mid-July.

The supplier, Bendac, was chosen as a result of their expertise in this field, with high-profile locations of current infiLED screens including Chelsea’s Stamford Bridge.

The screen will add an extra layer of excitement to match-days and other stadium events at Home Park, possessing the ability to sync up with pitch-side entertainment, pre-match Argyle TV programming, and live match action, including replays.

The screen also provides significant opportunities for the club’s commercial department to bring sponsorship and advertisements to life on the digital screen.

Argyle’s Chief Executive Officer, Andrew Parkinson, said: “We are absolutely thrilled to be able to move forward with the big screen over the close season.

“We know from discussions with supporters and expressions of interest at Fans’ Forums that Home Park has been lacking in a digital scoreboard, but we also felt that we needed to take time to assess all options available to us and make the best long-term decision for Argyle. I am confident that we have done that, and the Green Army will be pleased with the result.

“A lot of effort has been placed in enhancing the match-day experience, encouraging supporters to get to the stadium earlier, and making Argyle a day out for the whole family. The big screen is another important step forward in that project.”

The screen represents a sizeable, six-figure outlay for the club, but the plan is that, through enhancing existing commercial partnerships, unlocking new avenues of digital advertisement, and elevating the entire stadium experience at Argyle, the screen will have made a return in a few short seasons, generating steady profits thereafter.

As part of the research, the club considered a number of potential locations for the big screen, and appointed an LED consultant to support us through the procurement process.

As part of that process, hanging screens from the Devonport End and Barn Park End were eliminated from consideration as the horseshoe roof is unsuitable, while the currently unfurnished corner between the Devonport End and the Mayflower Grandstand was also ruled out due to a combination of installation cost and poor visibility – as 25% of a capacity crowd would have had either an obscured or extremely poor viewing angle of the screen.

Locations in the Devonport End and Barn Park End were also considered, but opted against due to the combination of seat loss in those areas, and line of sight issues for supporters.

The Block 17 location ensures that no season ticket holders are displaced, seating loss is kept to a minimum, and just under 99% of a capacity crowd will have a clear view of the screen from their seats.

Weather conditions have also been considered. For a 3pm kick-off in the winter months, Block 17 receives direct sunlight in the early afternoon, which is why the Board of Directors also signed-off the additional cost of raising the brightness level of the screen to 8,000 nits, which will ensure that the screen can be viewed extremely clearly in any season. For reference, the average smartphone registers around 500 nits, a high-definition television 2,000 nits, and large digital advertising boards, like the iconic lights at Piccadilly Circus, are rated in the region of 5,000.

The big screen installation joins a busy schedule of works at Home Park, with Higher Home Park also receiving a makeover to improve the public realm on the upper side of the stadium and increase the parking available on site.

Argyle’s Head of Venue, Christian Kent, said: “The big screen is a vital development in our work to make Home Park as attractive a venue as possible – for Argyle fans, events use, and other visitors.

“It is a really exciting time with so much work going on behind the scenes to realise the potential of the stadium, and we cannot wait to see how it all comes together next season.”

If you are interested in utilising the power of Argyle’s new big screen to promote your brand or business, get in touch with the commercial team at Home Park on commercial@pafc.co.uk, or by calling 01752 302204.

If you are yet to join the Green Army in securing your 22/23 season ticket at Early Bird rates, don’t wait too long – areas of the stadium are sold out already. Click here for more information.