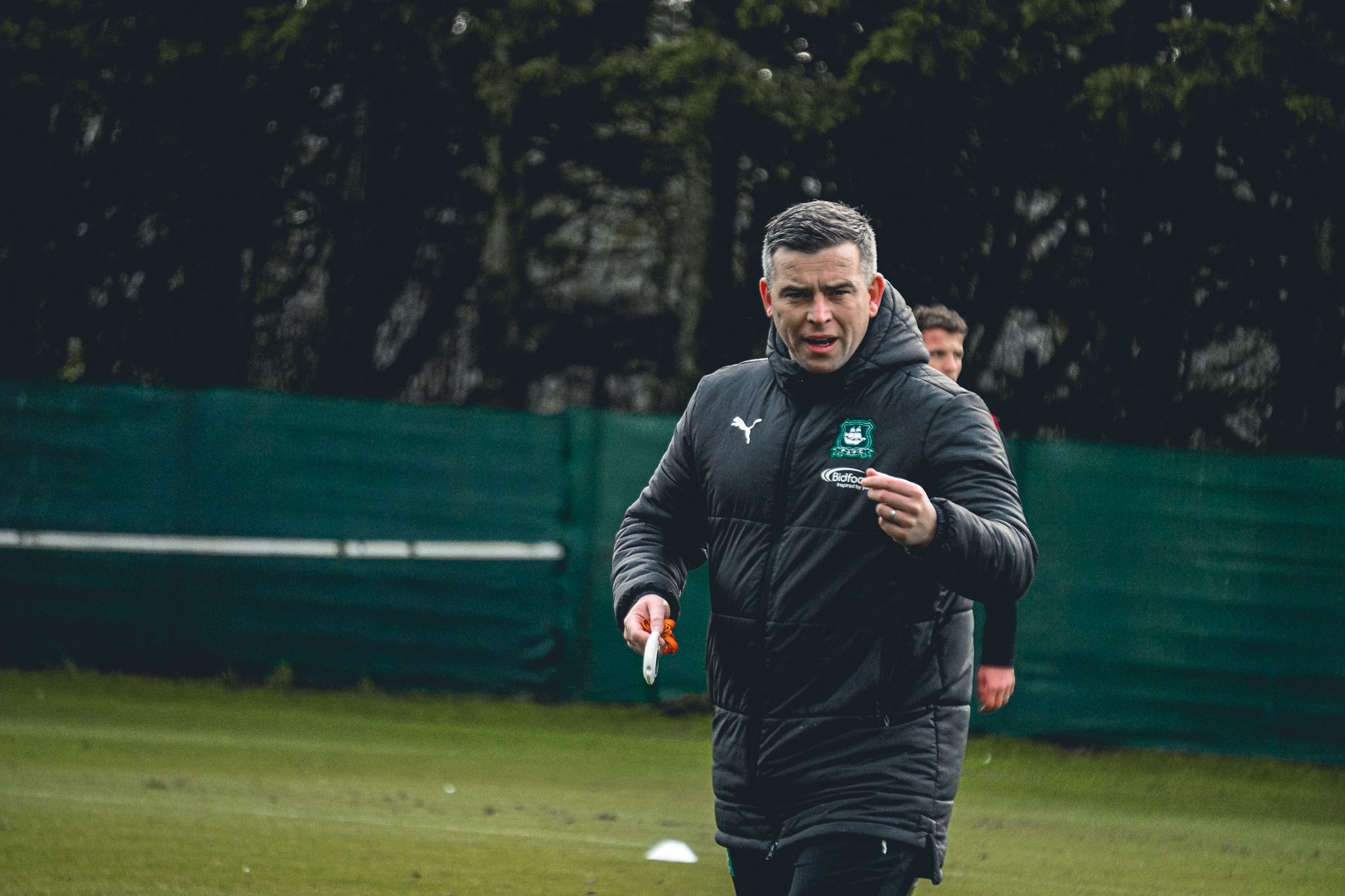 Argyle play their first game of 2022 when they make the trip to Sky Bet Championship side Birmingham City in the Emirates FA Cup third round on Saturday.

The Greens haven’t played since the 2-0 Boxing Day win over Cheltenham Town with home fixtures against Portsmouth and AFC Wimbledon postponed.

Before the two cancellations, Argyle had been in good form losing just one of their previous five games and winning their last two without conceding.

Having not played for two weeks, Steven Schumacher is looking forward to getting back on the touchline.

He said, “Boxing Day does feel a long time ago but we were forced into that break.

“It might have done us a favour though, letting people recover from the busy schedule but everyone is really looking forward to Saturday.”

So far on their run in the Emirates FA Cup, the Pilgrims have faced trips to Sheffield Wednesday and Rochdale AFC.

A goalless draw at Hillsborough was backed up by a 3-0 replay win in round one, while a last minute Luke Jephcott goal at the Crown Oil Area was enough to secure passage in round two.

A third-round tie against Sky Bet Championship opposition was the reward for the Greens and almost 3,000 supporters are making the journey to St Andrew’s for the 5:30pm kick off.

They have made it to the third round of the Emirates FA Cup four times in the past eight years, losing to Port Vale after a replay in 2014 before again losing in a replay to Premier League giants Liverpool in 2017.

Speaking ahead of the game Steven said, “We want to go as far as we possibly can and we’ve done alright in it recently.

“We have to go to Birmingham and try and pit ourselves against a Championship outfit. We have nothing to lose and will go there with the intention of getting to the fourth round.”

Meetings between the two sides have been rare in recent times with just five games in the past 26 years.

Argyle’s last game against Birmingham was in the EFL Cup seven seasons ago, when the Blues came out on the right side of a five-goal thriller.

That game will be fondly remembered by Argyle supporters for a magnificent Lewis Alessandra goal.

In terms of Birmingham, they have struggled of late in the Sky Bet Championship, winning one of their last eight matches.

That came at home to Blackpool at the end of November with former Pilgrim loanee Lukas Jutkiewicz getting the only goal of the game.

Since then, one draw and three defeats has seen Birmingham move further away from the play-off places and they currently lie 18th in the table.

Unlike Argyle, the Blues have played in 2022, a 2-1 defeat to Queens Park Rangers at St Andrew's.

Lee Bowyer’s side have made it past the third round of the Emirates FA Cup on two occasions in the past five seasons.

Last season they were beaten by a strong Manchester City side at this stage but did make it to round five the year before.

Birmingham are two time finalists of the competition and go into the game having not lost to Argyle since 1993.

Panutche Camara will miss the game as he prepares for Guinea-Bissau’s African Cup of Nations opener with Sudan.

Brendan Galloway is also absent with a long-term injury but new signing Alfie Lewis could make his debut.

Birmingham could hand a debut to defender Teden Mengi who joined, on loan, in the week from Manchester United.

On loan defenders Dion Sanderson and Riley McGree have been recalled to Wolverhampton Wanderers and Charlotte FC respectively, while Tanith Chong is out injured.

Saturday’s game is an all-ticket affair with no pay on the day facility available at St Andrew’s.

Supporters who need to collect their tickets on the day can do so from the away turnstiles.

Due to competition regulations, we are unable to stream the game, however we will have audio commentary provided by Rob McNichol and Peter Gilbert on Argyle TV.

Details on how to buy the pass can be found here.