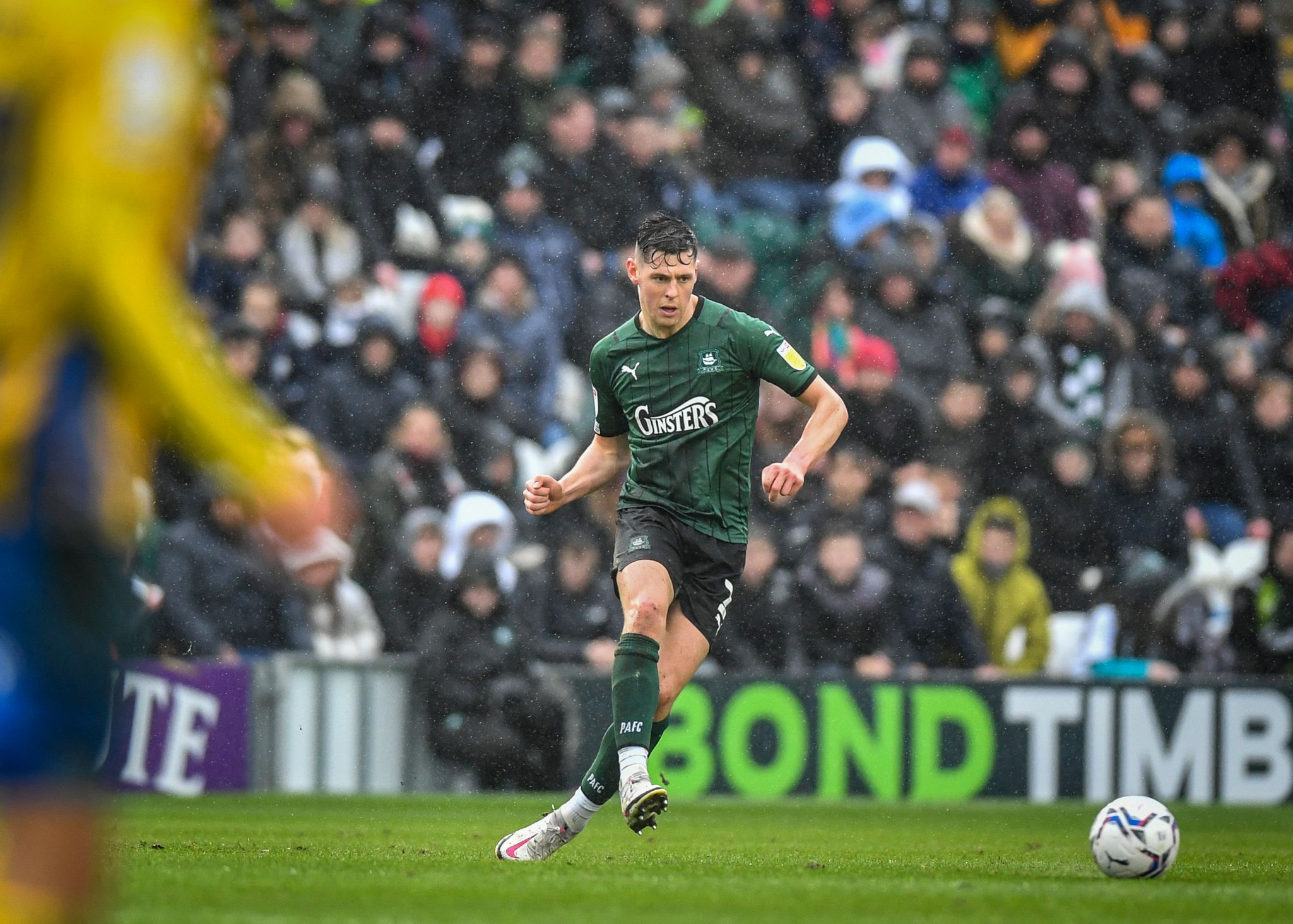 Defender James Bolton feels the Green Army have a huge part to play as Argyle go into the final nine games of their Sky Bet League One campaign.

“It was really special to win the game. It was a bit of a cagey affair, but the atmosphere was ridiculous.

“It’s great as a player to be involved in those games. The atmosphere’s amazing, the fans are at it. Even the away support is amazing here.

“It’s blown me away at times.”

Argyle’s support will be needed all the way to the finish line.

The Pilgrims have nine games left to play and currently sit in fifth place, level on points with fourth-placed Oxford United.

Argyle, however, have a game in hand on the U’s, lending the opportunity to fully cement their position in the Sky Bet League One play off places.

If they are to keep up that pressure then the defensive stability they have shown in recent weeks will have to continue.

James has been part of an Argyle backline that has kept clean sheets in eight of their last ten games, including a recent run of four in a row.

They head into Saturday’s game with Accrington Stanley have conceded only two goals since the trip to Stamford Bridge in the Emirates FA Cup.

“I try not to think about it and to go into every game with a fresh start and try and win the game.

“To be honest, if a clean sheet comes with it, then happy days, but at the moment it’s all about the three points.”

James, who has played a key role in the Greens’ backline of late, also revealed the importance of communication between himself, and the rest of the defensive unit, “I think it’s everything, especially in the system of a five.

“You’re constantly moving across, passing players on, especially when it comes to Jordan as well with players in his pockets.

However, despite the points difference, James has warned of Accrington’s strengths, “You play any Accrington team, it’s tough. It’s a very, very tough game and we’re not blind to that fact.

“On their day, they are capable. The manager does a good job there every year.

“I think everyone is just excited to be back on the pitch and to bring the points home.”

Argyle kick-off against Accrington Stanley at Home Park at 3pm on Saturday.