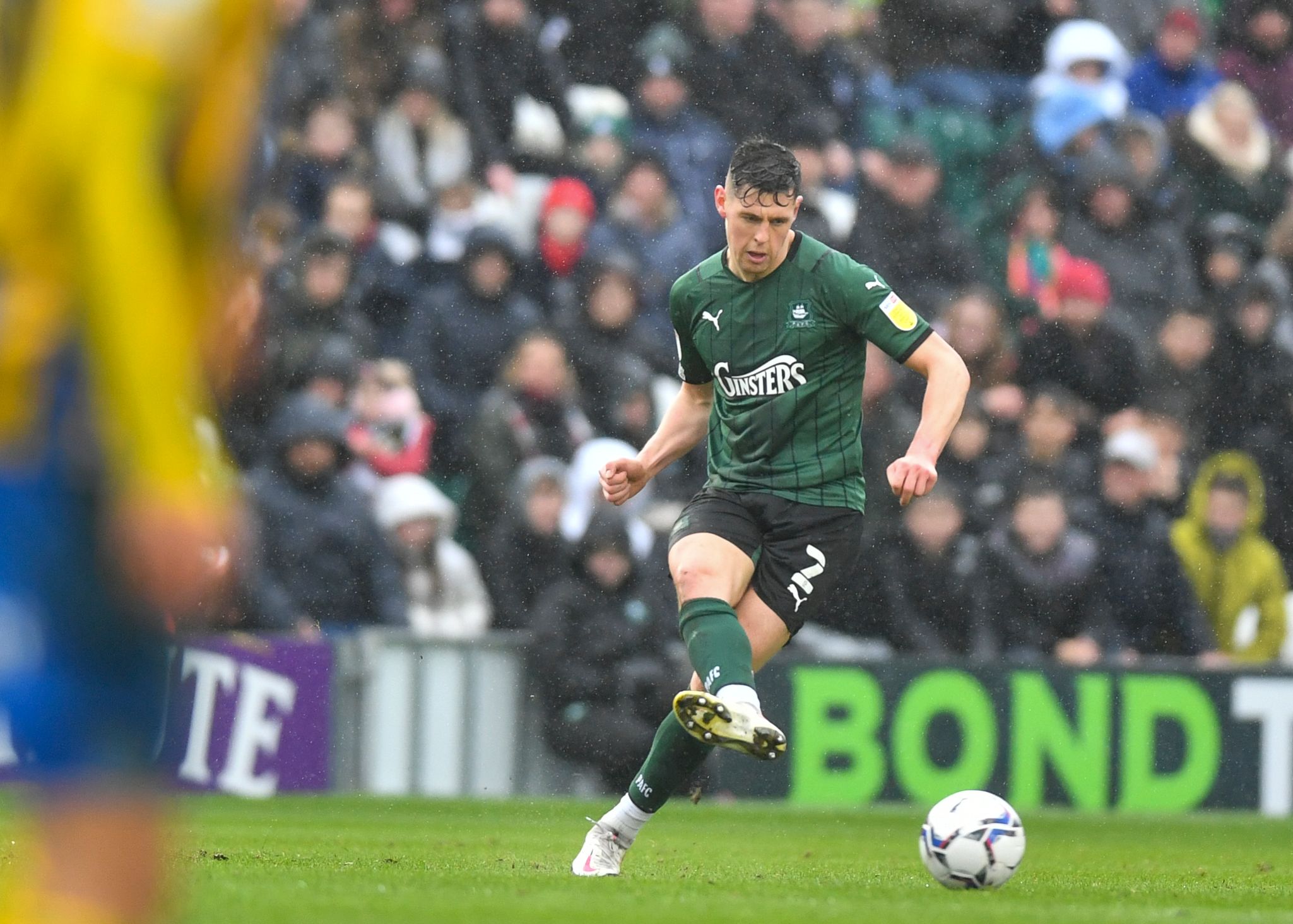 James Bolton is looking forward to testing himself against an improving Gillingham side as he looks to cement his place in the starting 11.

Despite an injury setback early in the season, James finally made his Home Park debut against Shrewsbury Town last Saturday.

Happy with the occasion, James said, “Yeah, it was pretty special.

“I’ve not played many games this season, so it was nice to get out there and get to know the team and to get the win and clean sheet.”

He joins James Wilson and Macaulay Gillesphey as part of a back three and explained how he has settled into the unit, “I’ve not really played in the middle of a three that often, I’ve played on the right or left a little bit more, but yeah, I enjoy it.

“That’s one good thing to my game is versatility.

“I’ll play anywhere around the back, even if it’s wing-back, I played a season there.

“It all helps, and I like to think I cope with most positions.”

Unbeaten in four, Argyle face a Gillingham side in form.

A win would take the Greens to fourth spot in the table, with a game in hand on third place Milton Keynes Dons.

James acknowledged this, “We’ve been on a really good run and now we’ve got a couple more games which we can hopefully extend that run.

“Obviously it’s not going to be easy, Gillingham are fighting for their lives at the bottom, so it will be a tough game.”

James further explained the important factors going into Saturday’s 3pm kick-off, and the impact new manager Neil Harris has had on The Gills, “He has come in and given them a bit more energy and a bit more fight.

“Gillingham is never an easy game, and you know what to expect. Maybe the ugly side to the game, long balls and we must be aware of that.

“We’re not going into it thinking they’re a pushover, they definitely won’t be.

“They’re going to be well up for it, their scrapping for their lives. It will be a tough game, but it should be a good game.”

The home side sit 22nd in the Sky Bet League One table.

Even though a win on Saturday would not take them out of the relegation places, it would increase the pressure on their fellow relegation candidates.

Their striker, Vadaine Oliver, will be James’ task to defend this weekend. He has six goals in League One so far this season

Looking at the task ahead, James said, “I think there’s a different task for each game.

“You know what you’re going to come up against. Vadaine, he’s a handful, so you need to be wary of that.

“There’s never the same kind of striker so it will be good to test my wits against different people.”

Despite their positions in the table, Argyle have not won away to Gillingham in 41 years.

“A win would be absolutely massive. It’s a crazy stat, I can’t quite get my head around it.

“I scored last time at Priestfield, so hopefully I score another there again.”