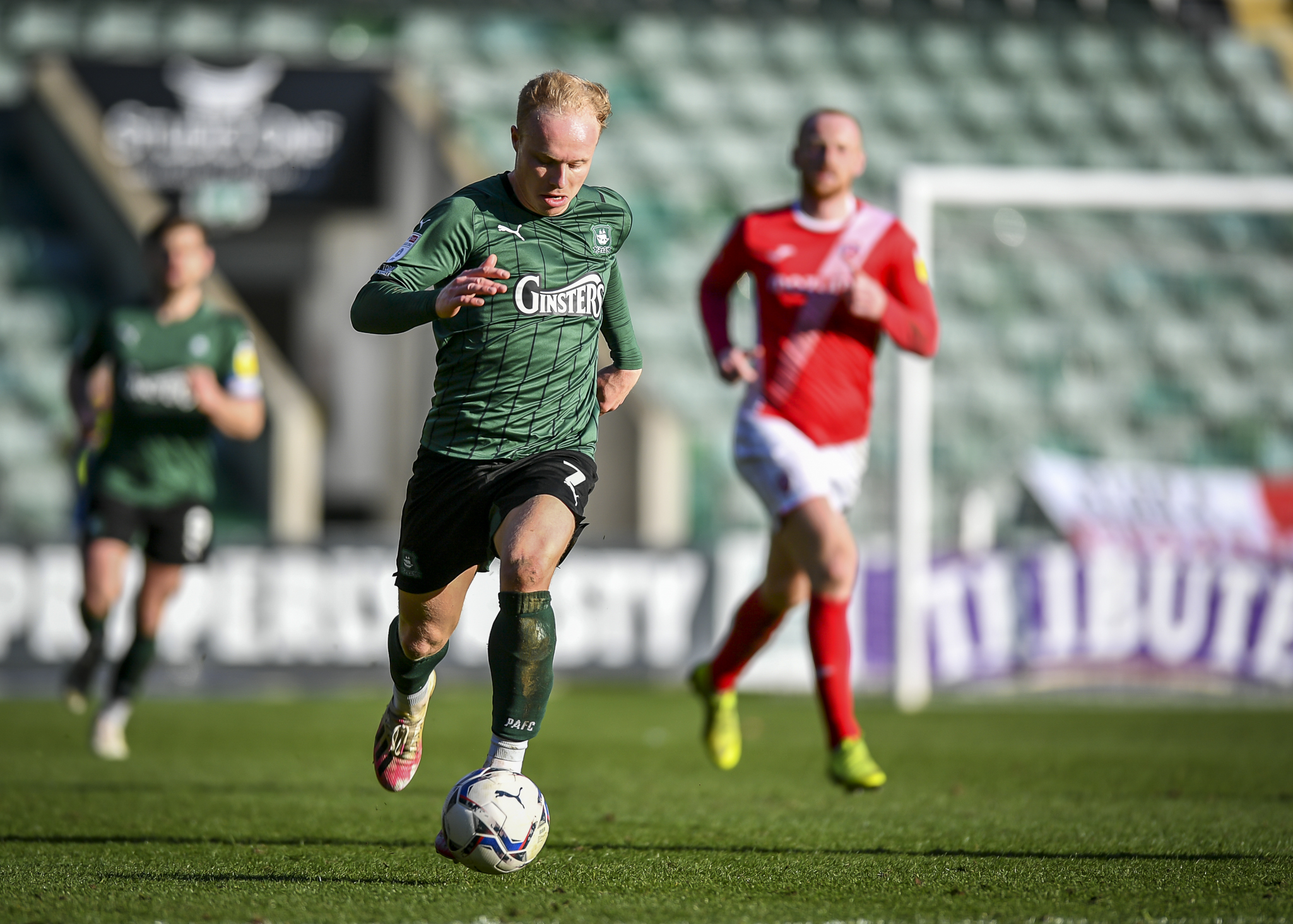 Broom Back to his Best

Ryan Broom felt he was back to his best in Argyle’s 2-0 Sky Bet League One win over Morecambe on Saturday afternoon.

He was starting just his second game in a month but was full of the energy and passion which made him a fans’ favourite earlier in the season.

“It felt good to out in a performance and get back to my best,” Ryan said.

“I was glad to get the 90 minutes to be honest, I always feel like I’m better when I’m playing and building up my fitness levels.

“I am just happy to help the team to be honest.”

He played slightly further forward than the other two midfielders and was a constant threat to the Morecambe defenders.

It was that energy that saw him chase a ball down the right hand side and clip in a beautiful cross for the Greens’ opener.

He stood the ball up to the far post for Conor Grant to plant a header past Trevor Carson and give Argyle the lead.

Ryan said, “It was a brilliant header, he timed it well and it was nice to get an early goal really.

“I think that was always needed in a game like today.

“We didn’t really focus on making sure we scored early but just wanted to start well and put in a good performance.”

To bounce back from two successive defeats with a win, has kept Argyle in touch for those play off places.

Ryan felt that the side showed character to get the win against Morecambe and hopes it will be the spring board for them to go on a run towards the end of the season.

He said, “It was a much needed three points and hopefully we can build those performances and kick on now.

“I thought we played really well, we created loads of chances in the first half especially, and moved the ball quickly at times which I think caused them a lot of problems.

“The more we do that and take the chances like we did today, means we will win a lot of games.”

March is a busy month which sees Argyle play seven times. With five of those being at Home Park, it’s a month which could make or break their season.

He said, “Tuesday is another opportunity for us to go and get three points, under the lights with a top atmosphere no doubt, and keep this momentum going.

“We’re playing good stuff and have confidence at the moment.”