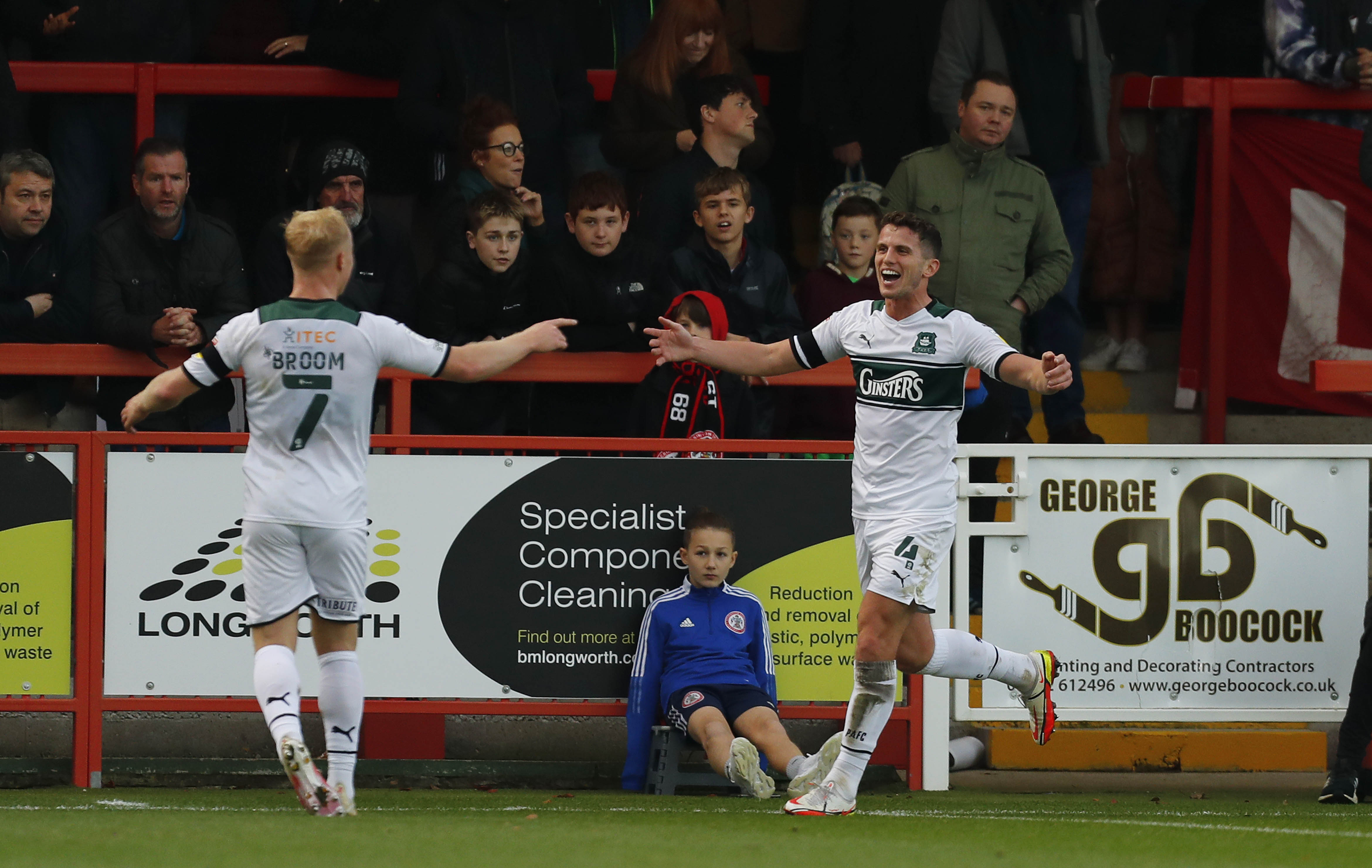 You could have picked any of the players out for special praise after Argyle’s 4-1 win over Accrington Stanley on Saturday, and Ryan Broom believes that the entire squad are performing at the top of their game

Speaking after the win, Broom, who scored the third of the afternoon said, “Everyone is ready, everyone is doing the right things and when they’re called up on to play, they’re performing.”

The Greens had to withstand an Accrington onslaught at the start of the second half until Broom popped up with his third of the season.

He said, “I think my goal came at a great time and then to go on and get a fourth made it a little bit easier.

“We knew before the game that if we played well, we could win the game.

“It was a different test; they were physical and good off the second balls and fought a lot.

“They had patches when they were on top, but we stood up to it and got a fantastic win.”

Broom’s strike not only gave the Greens a two-goal cushion, it also took the sting out of the Stanley performance.

He received the ball on the edge of the box, shifted it onto his right foot and curled a beautiful effort into the top corner.

As strikes go, there aren’t many better.

He said, “It was definitely the best goal I have scored. I struck it well and it flew into the top corner.

“It’s a great goal for me to but ultimately it was another goal in a great win and that’s the main thing.

“The keeper wasn’t too far away from it, so I had to watch it all the way in, when I saw it went in it was just a massive relief.”

As well as praising the performance of the players, Broom was quick to point out the impact the 705 members of the Green Army had on the game.

The Argyle supporters took up almost a third of the entire crowd and erupted when Broom bagged his goal.

He said, “It’s an incredible effort for so many of them to make the journey up here on the day and we’re happy to have done the job for them really as well.

“We had the luxury of staying overnight but most of the supporters didn’t and that is just an incredible effort.”