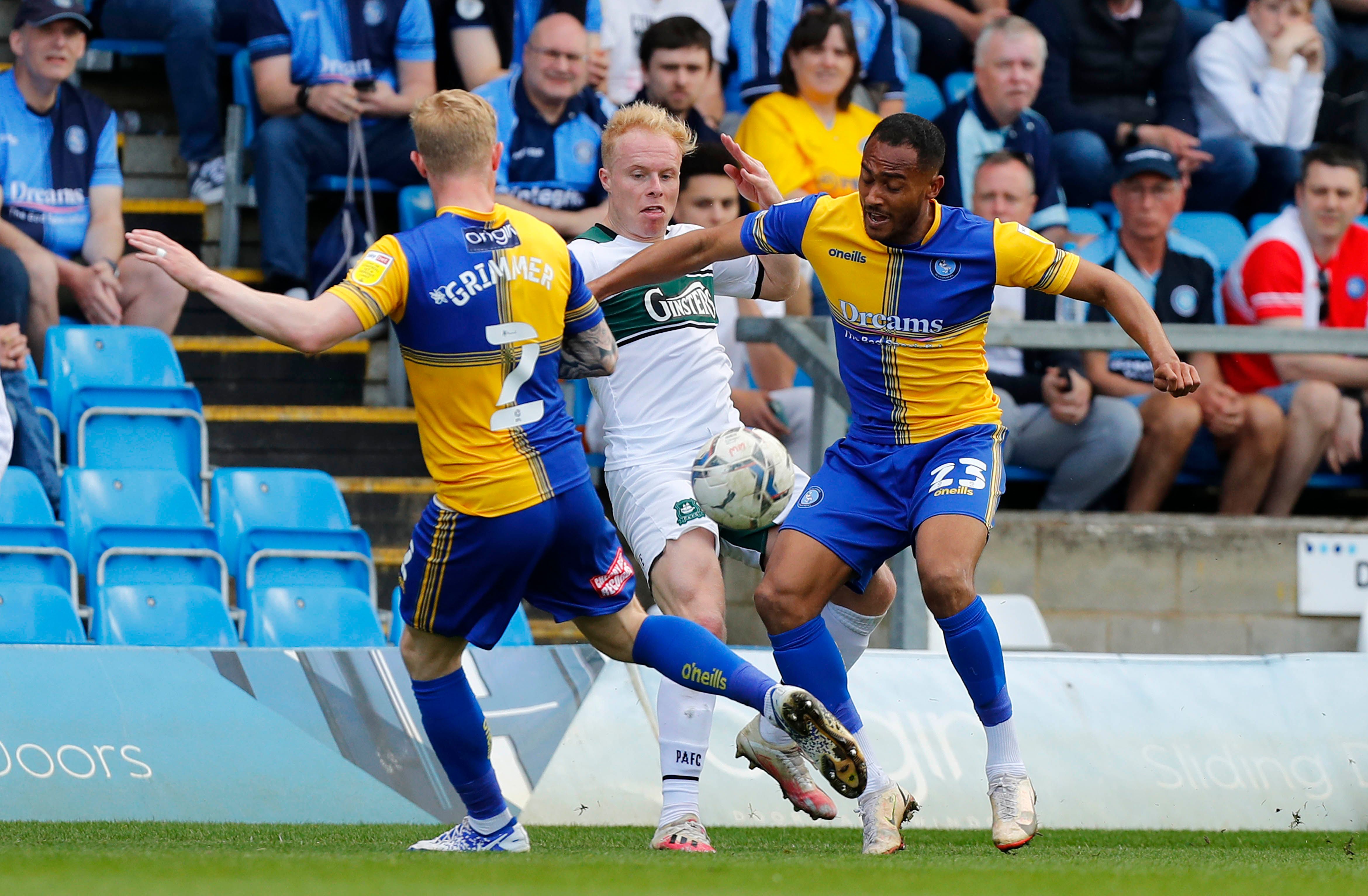 Broom confident of a reaction

Immediately after the final whistle in Argyle’s 2-0 defeat to Wycombe Wanderers on Good Friday, Ryan Broom turned to the 1800 supporters in the away end at Adams Park and gave them a huge round of applause.

He was showing his appreciation of their support despite the Greens slipping to a disappointing loss against one of their promotion rivals.

“That support we get is unbelievable.

“It was a tough game and the performance can obviously be better.

“We know they’ll be there on Monday as well, but we have to make sure we can’t take that for granted.

“We have to put today right.”

Ryan was keen to stress that point.

Although the result wasn’t what those in Green wanted, they still have the fight in them to react and bounce back for the final three matches of the campaign.

“We have a bit of a history of bouncing back,” he said.

“Sometimes games don’t go your way and we will be doing everything we can to put it right on Monday.”

The 25 year old came on as a half time substitute, along with Niall Ennis and was tasked with trying to get Argyle back into the game.

The Greens couldn’t find a way to get past a strong Wycombe side, but Ryan believes there was enough in the second half to show everyone that they can put in a positive performance on Monday.

He said, “We have played some brilliant stuff this season and we need to get back to that.

“Me and Niall were told to up the energy, try and put ourselves around as much as possible and try and get a foothold in the game.

“I thought I had a positive impact, and the second half was slightly better but we need a better performance.

“We are looking forward to Sunderland now, we have a great opportunity and we have to show everyone what were made of.”