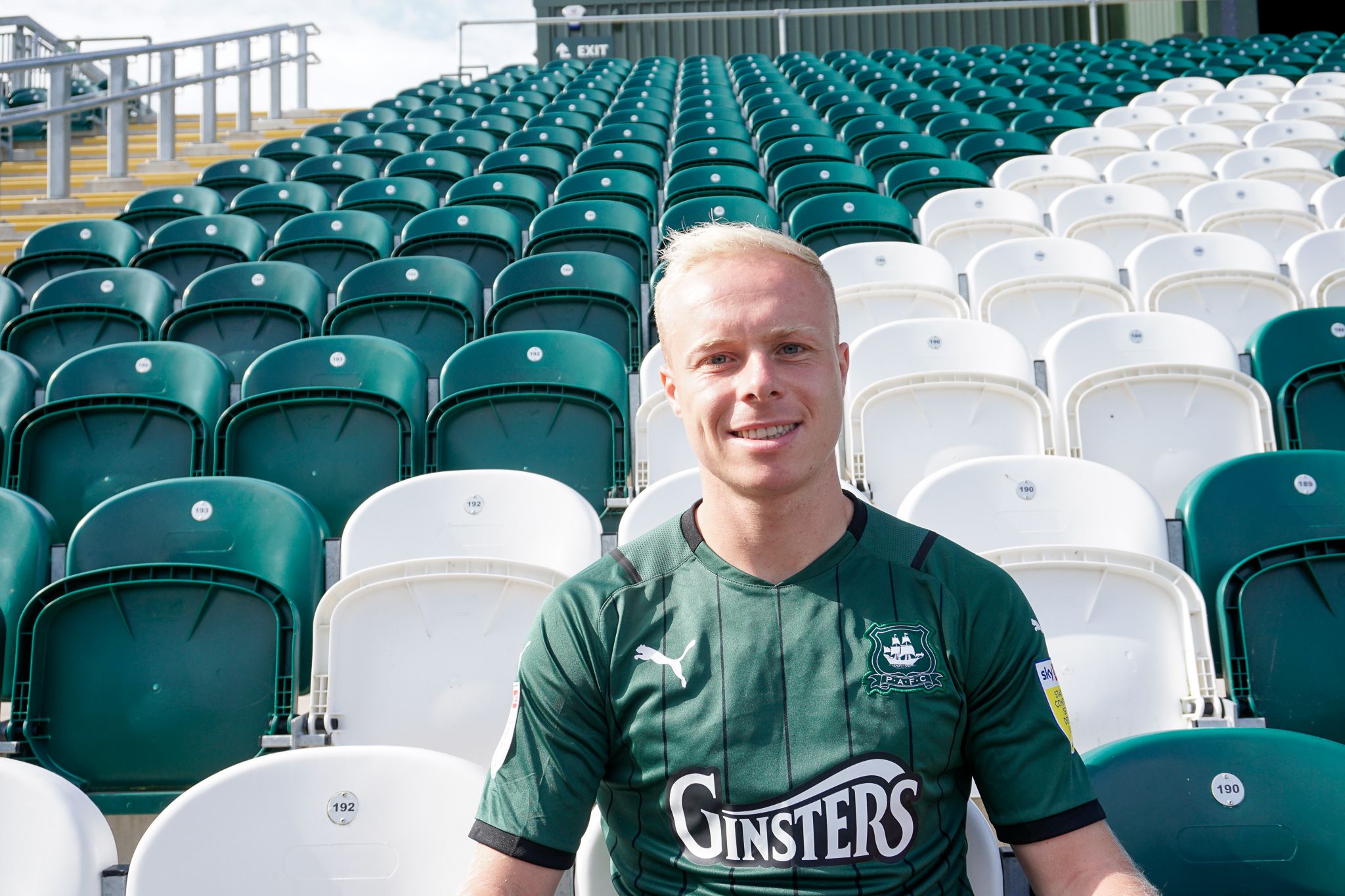 Broom keen to get started

The signing of Peterborough United midfielder Ryan Broom on a season long loan, has been met with great excitement from supporters of Argyle.

The 24-year-old signed just ahead of The Greens’ open training session on Thursday and was paraded to the fans inside Home Park before the session.

He becomes the Pilgrims’ eighth signing of the summer and is eager to get started.

He said, “I’m delighted to be here – it’s a great opportunity for me.

“I’ve got my eyes set on this season; I want to make it a positive season with the team.”

The excitement from the fans is justified too, Ryan played a pivotal role in a Cheltenham Town side that reached the Sky Bet League Two play-offs in 2020, winning their player of the season award in the process.

Those performances led to a move to Peterborough United that summer and a brief loan spell at Burton Albion saw him catch the eye again – scoring a last-minute equaliser against the Pilgrims in April.

Having played against Argyle during his time at Cheltenham and Burton, Ryan is now keen to show what he can do in a Green shirt.

He said, “Initially, just coming down here you know it’s going to be a hard game, the fan base is incredible. I am looking forward to being a part of that.

“It was a long hard grind last season without any fans. Everyone is excited to have them back it’s going to change the dynamic of matchdays completely.

“I just want to help the team as much as I can.”

Born in Wales, Ryan is comfortable playing anywhere across the midfield and has a bit of an eye for goal.

In his second season at Cheltenham, he netted eight times in 36 league games and his goalscoring ability is an area that he feels can benefit Argyle this year.

He said, “I’ve had a great pre-season, I’m feeling fit and ready to go.

“There are so many great fixtures this season. You look at the first game of the season – Rotherham away is a massive fixture.

“I just can’t wait to get out there.”