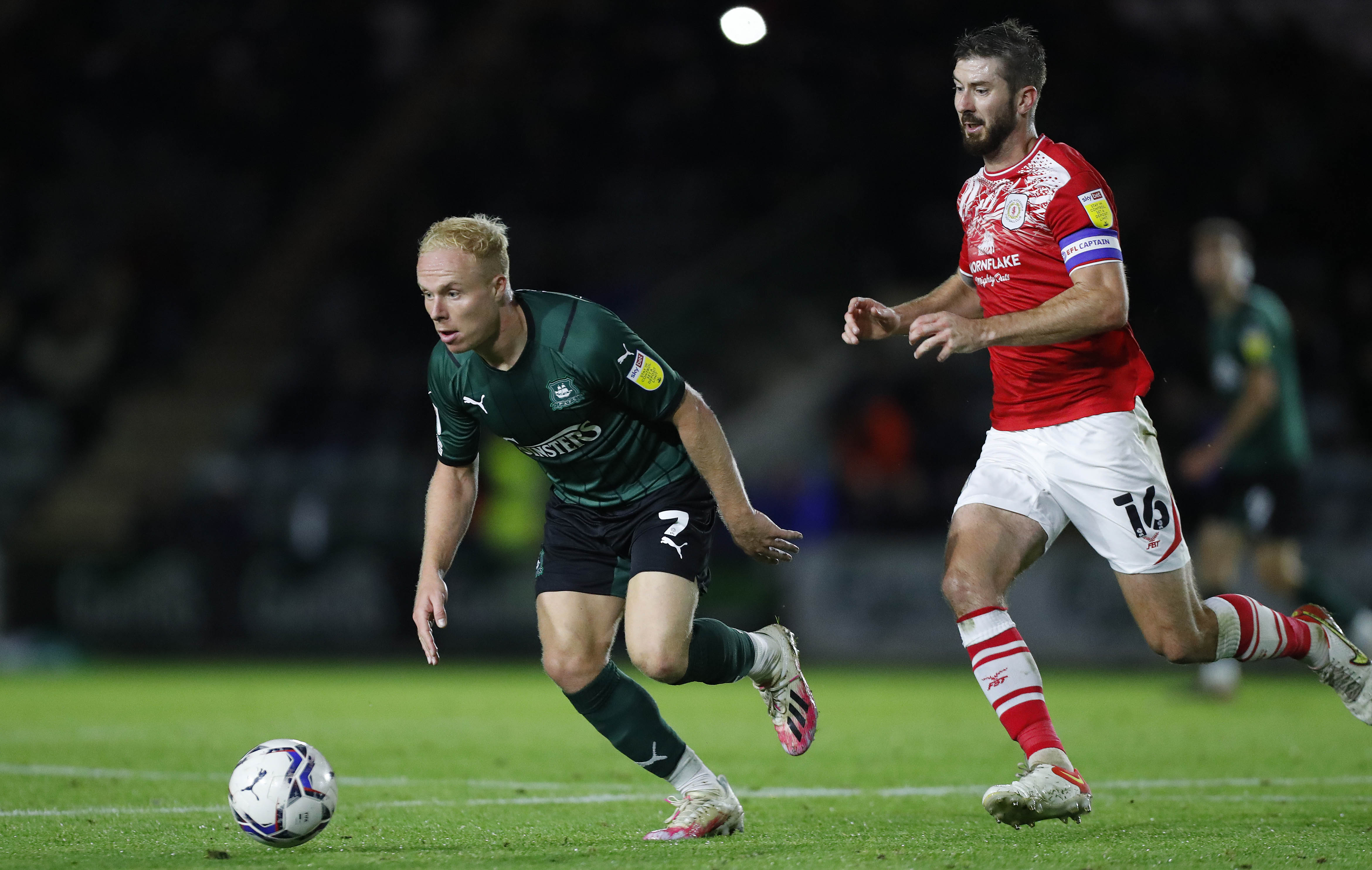 Argyle midfielder Ryan Broom picked up his third assist of the season to help the Greens secure a point at home to Crewe Alexandra on Tuesday night.

His pass to Ryan Hardie midway through the second half, set the Scott up for the equaliser.

The energetic Welshman is quickly becoming a fan favourite for the Green Army and it’s easy to see why.

His tenacity and pressure on opponents, linked with great technical ability make him perfectly suited to play the style of football Argyle want to play.

“I have always had a lot of energy,” Ryan said after the game. “I am always trying to use it to my benefit making third man runs.”

“I’ve been told I need to try and get in the box, try to score goals. I am helping out at the back as well and so far it’s going well.”

The on-loan midfielder almost added a goal to his assist, heading wide in the first half before putting an effort wide late on.

He and the rest of his teammates had to show character and resilience after falling behind early on, but Broom was quick to point out that the setback didn’t affect the players.

He said, “I don’t think it changes anything because it was so early. If anything, it probably spurs you on because you know you need to get back into the game.

“You don’t want to be getting to the latter stages trying to find two goals, so it was important to try and get back into the game as soon as possible.

“We have to take the positives; the second half performance was brilliant. We created some good chances, and we were just unlucky not to score more than one goal.”