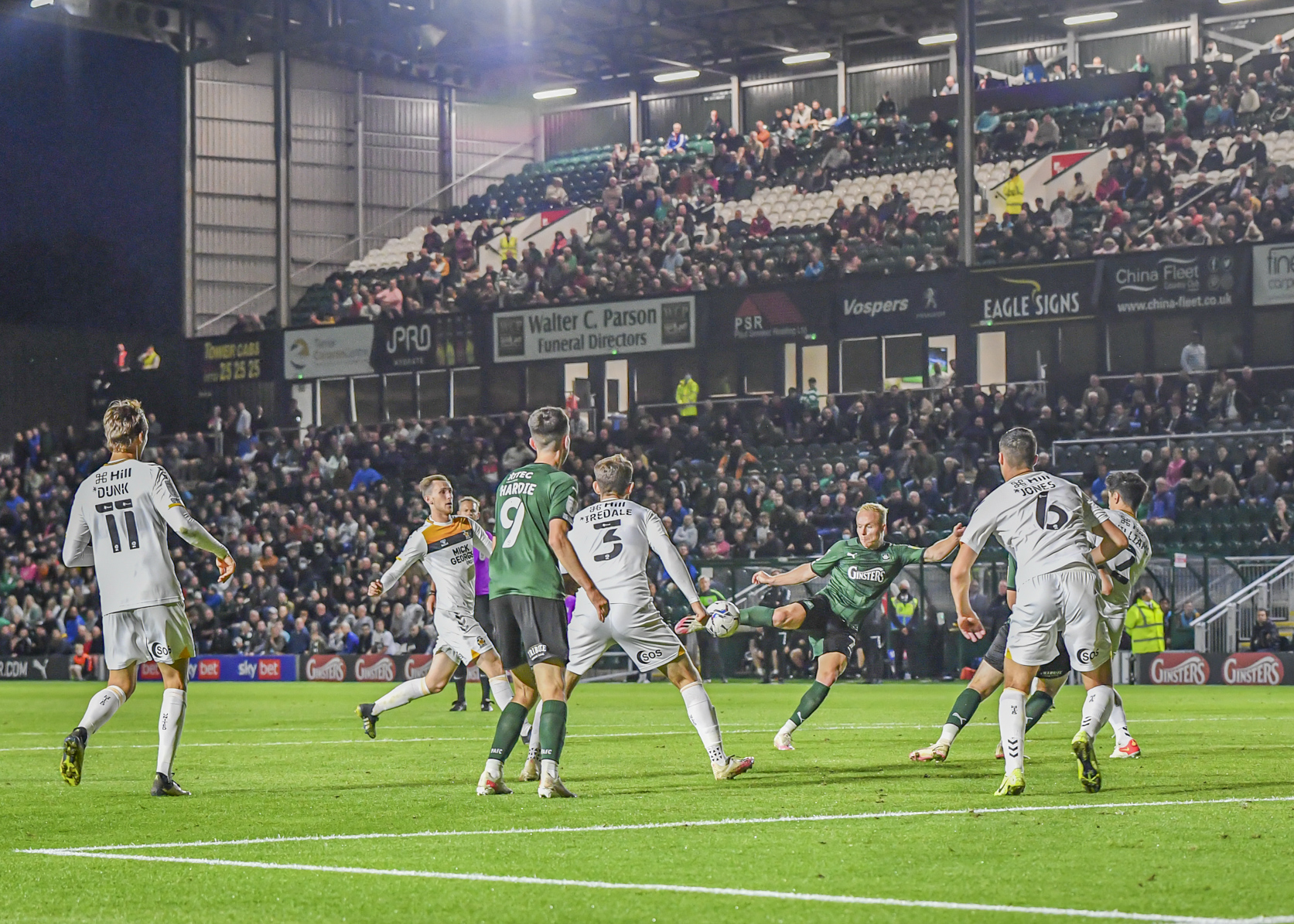 New signing Ryan Broom is loving life in an Argyle shirt and the two home games, against Gillingham on Saturday and the Cambridge United on Tuesday, have made a huge impact on the Welsh midfielder.

Ryan started his second game for the Greens on Tuesday night, having come in for his first start four days earlier.

On both occasions he has been a key figure in the way Argyle have played and is already becoming a bit of a fans’ favourite.

Over 10000 fans have been inside Home Park on both occasions, to watch Broom in action, and they’ve already got a chant for the Peterborough United loanee – “Broooooooom.”

The admiration and reception he’s had from the Green Army has not been lost on Ryan.

He said, “The atmosphere has been incredible, hasn’t it?

“Saturday and then today it was electric, keeping us going from the first minute to the last.

“The reception I have had from the fans has been immense. I am loving it - especially with the atmosphere that we’ve seen, both home and when travelling away.”

Argyle were left frustrated on Tuesday, being held to a 1-1 draw by Cambridge.

The Pilgrims looked the more likely on the night, with Ryan busy creating in the midfield.

Argyle were patient and confident in the way they tried to break down their opponents, seeing well over 60% of the possession.

Ryan said, “We’re being patient, we’re not rushing things at the moment and we’re breaking teams down I feel.

“Second half, we are getting a little bit more joy because teams are getting tired of chasing and we’re finding ways to break them down.

“When we create more chances, we need to put them away. We just need to build on the good things were doing really.”

The understanding that Ryan has built up in the midfield with Jordan Houghton and Panutche Camara is one of the main reasons the Pilgrims are able to keep control of the ball and so far, the new-look midfield has stood up to every test they’ve been faced with.

Ryan said, “Every game has seen a different challenge. The first game against Rotherham was a physical battle, the last game was physical and again against Cambridge.”