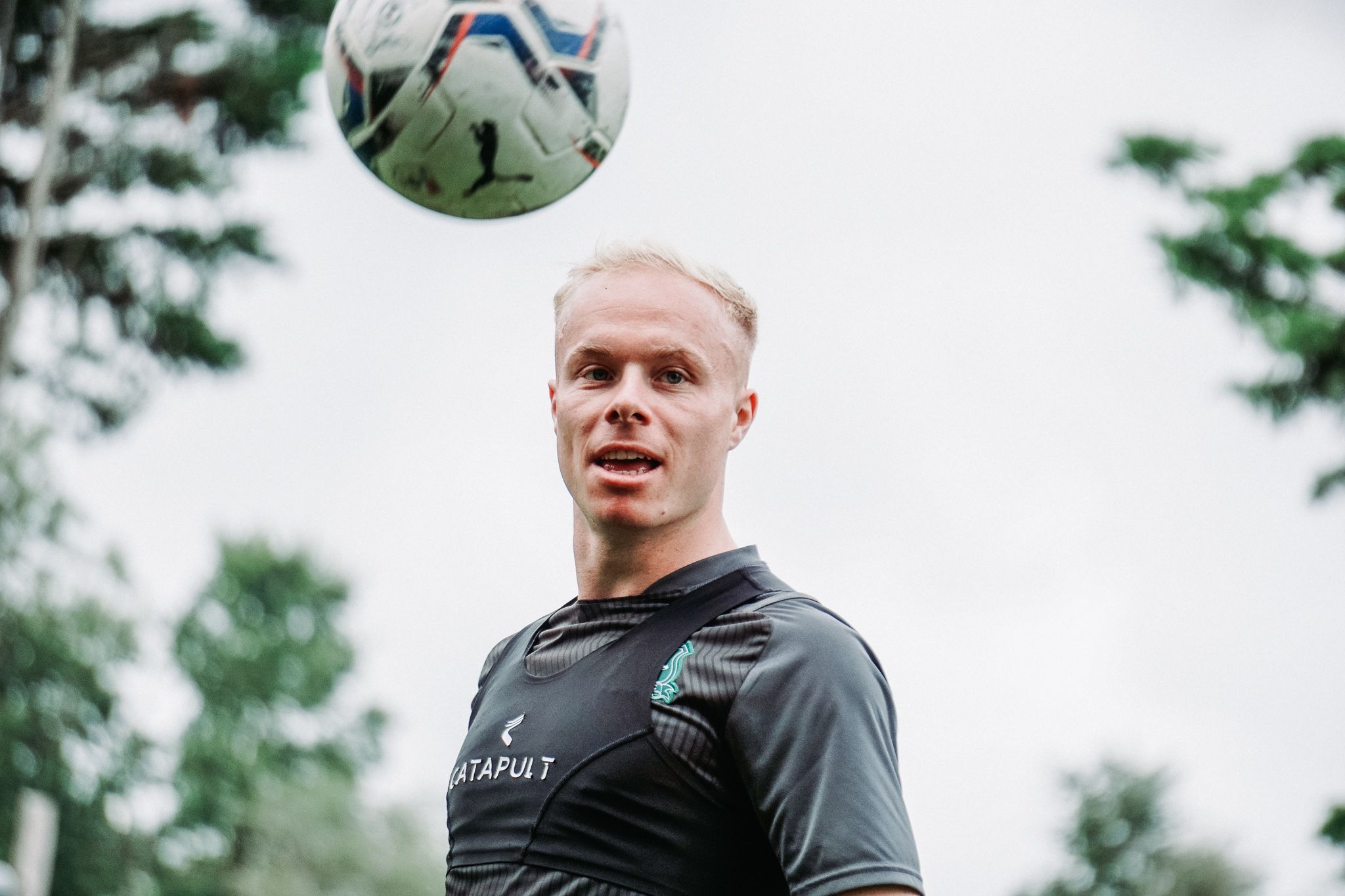 There is just one game left in a remarkable Sky Bet League One season and Argyle’s bid for a play-off place could be three points away.

After 45 games, the Greens have 80 points, level with seventh place Wycombe Wanderers, only separated by a plus two goal difference in favour of Argyle.

Midfielder Ryan Broom has given his insight prior to this Saturday’s match against Milton Keynes Dons which could turn Argyle’s remarkable season into a special one, “We’ve had some big challenges, haven’t we?

“We’ve had a few of them already, these big fixtures.

In the sixth sell out of the season, it is due to be a massive occasion with both sides having so much to play for.

For Argyle, a spot in the play-offs is up for grabs and for the visitors, promotion or even the title could be achieved.

With the city behind the team and the fans creating a huge atmosphere in the stadium, Ryan hopes the players can thrive off it.

He said, “The fans have been with us all the way, including great days out like Chelsea.

“It’s going to be a great occasion.

“The place is going to be packed out and it’s going to be an incredible atmosphere we’re just looking forward to it.”

In fact, decorations and flags have already been put in place around the stadium, ready for an impressive display before kick-off.

It shows how much the supporters are up for the occasion and that hasn’t been lost on the players.

Ryan said, “It’s incredible for them to be there doing that last night and in the days this week.

“You can feel that energy and that buzz about the place

Whilst fans start to get excited, and maybe a little nervous, Ryan and the team are focused on the task ahead, “It’s business as usual,” he said.

“We’ll focus on what we’re good at and have a game plan to go against them and do well.

“Every game has been important to get to this point

“I thought we had a great performance on Saturday, won a good point so we’ll be looking to build on that.

Only two points separate fourth from seventh, meaning one team will narrowly miss out on an opportunity to be promoted to the Sky Bet Championship at the end of a breath-taking League One season.