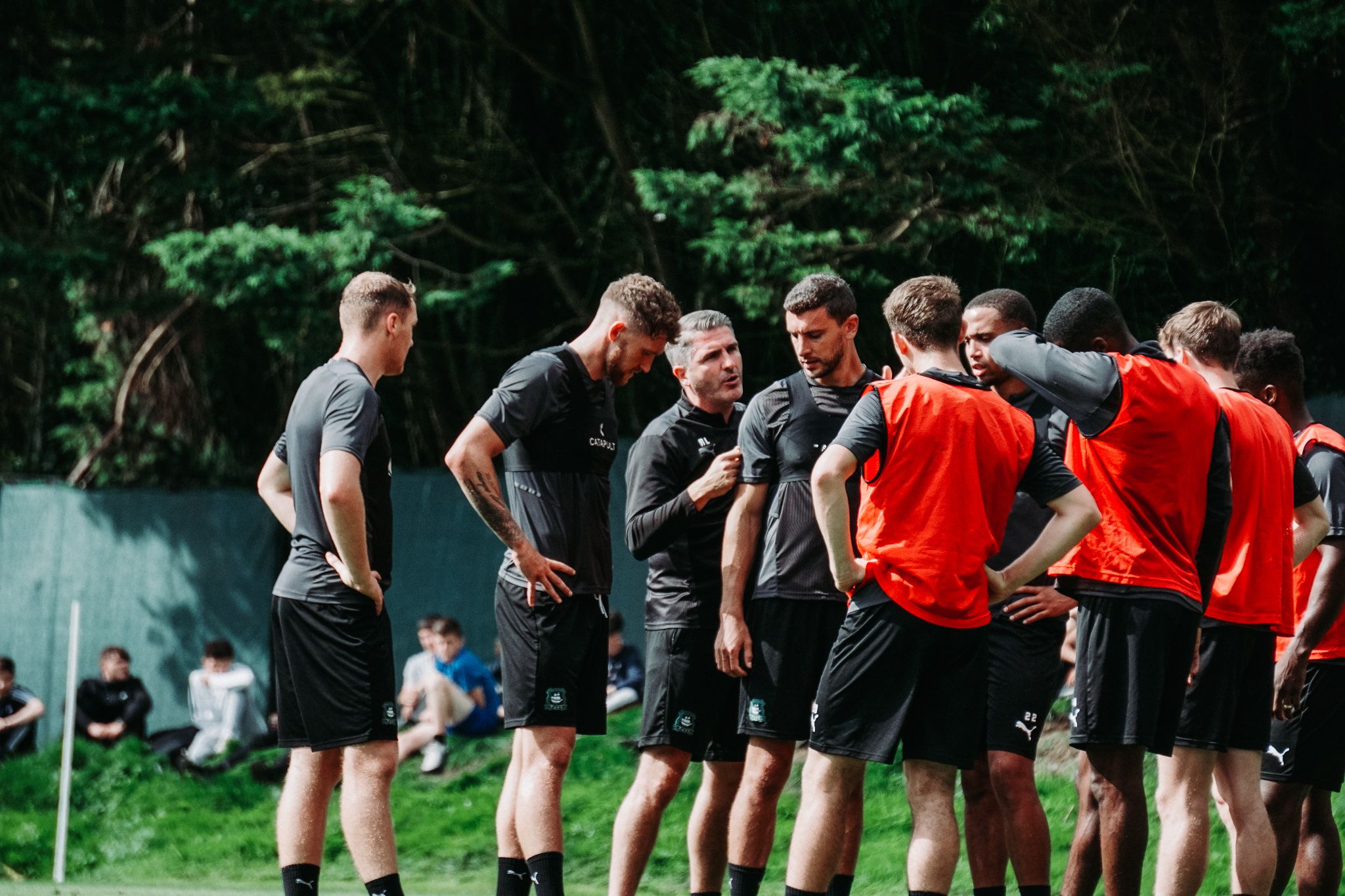 Argyle host Burton Albion on Saturday, two points off the top of the Sky Bet League One table.

The Greens are currently enjoying a fine run of form and are unbeaten in ten league games.

A 2-1 win over Doncaster Rovers a fortnight ago was backed up with draws with Crewe Alexandra and Lincoln City to leave the Pilgrims in a playoff position after 11 matches.

Ryan Hardie scored his eighth Sky Bet League One goal in the draw with Lincoln last Saturday and has 10 in all competitions.

He was joined on the score sheet that day by Brendan Galloway, who grabbed his first for the club before the Imps scored in the last minute.

Despite conceding twice last time out, only three sides in the division have conceded fewer goals than the Pilgrims who are proving a very stubborn outfit this season.

Only Rotherham United, on the opening day of the season, have beaten Ryan Lowe’s side in the league and the manager is hoping that their form can continue against the Brewers on Saturday.

He said, “The lads have had a couple of days off to get some much-needed rest.

“We know what we are expecting from a Burton team. It is going to be a tough game - they don’t allow you to get into their penalty box much.

“We want to make the fans happy and at the moment we are doing that, but we have to continue our form.”

One of the reasons for the Pilgrims’ strong start to the season is the fact that they have such a good home record, remaining unbeaten at the Theatre of Greens so far this campaign.

Last season’s game at home to Burton ended in a 2-0 win for the Greens with Luke Jephcott and Byron Moore getting on the scoresheet.

In the reverse fixture a current Argyle player scored a 90th minute equaliser for the Brewers. Ryan Broom bundled the ball past Mike Cooper to cancel out Ryan Hardie’s earlier strike.

This season, Burton, who are managed by former Chelsea and Middlesbrough striker Jimmy Floyd Hasselbaink, have also made a steady start.

They are four points behind the Pilgrims and have picked up positive results in their last two matches.

A 2-1 win over Portsmouth was followed up by a 1-1 draw at AFC Wimbledon last weekend.

That little unbeaten streak was ended in the week as they were beaten 4-2 by Aston Villa under-21s in the Papa John’s Trophy.

Kane Hemmings has scored in the last two matches and makes up half of an in-form strike partnership.

Teenager Daniel Jebbison, who is on loan from Sheffield United, also has two goals from his last three games.

Argyle will be without Luke Jephcott and Brendan Galloway for this weekend’s game as both are on international duty, with Wales under-21s and Zimbabwe respectively.

James Wilson is expected to return after missing the draw with Lincoln due to concussion. James Bolton and Niall Ennis are both out.

Burton will also be without a couple of first team regulars. Club captain John Brayford is out with a hamstring injury while fellow defender Michael Bostwick is also missing.