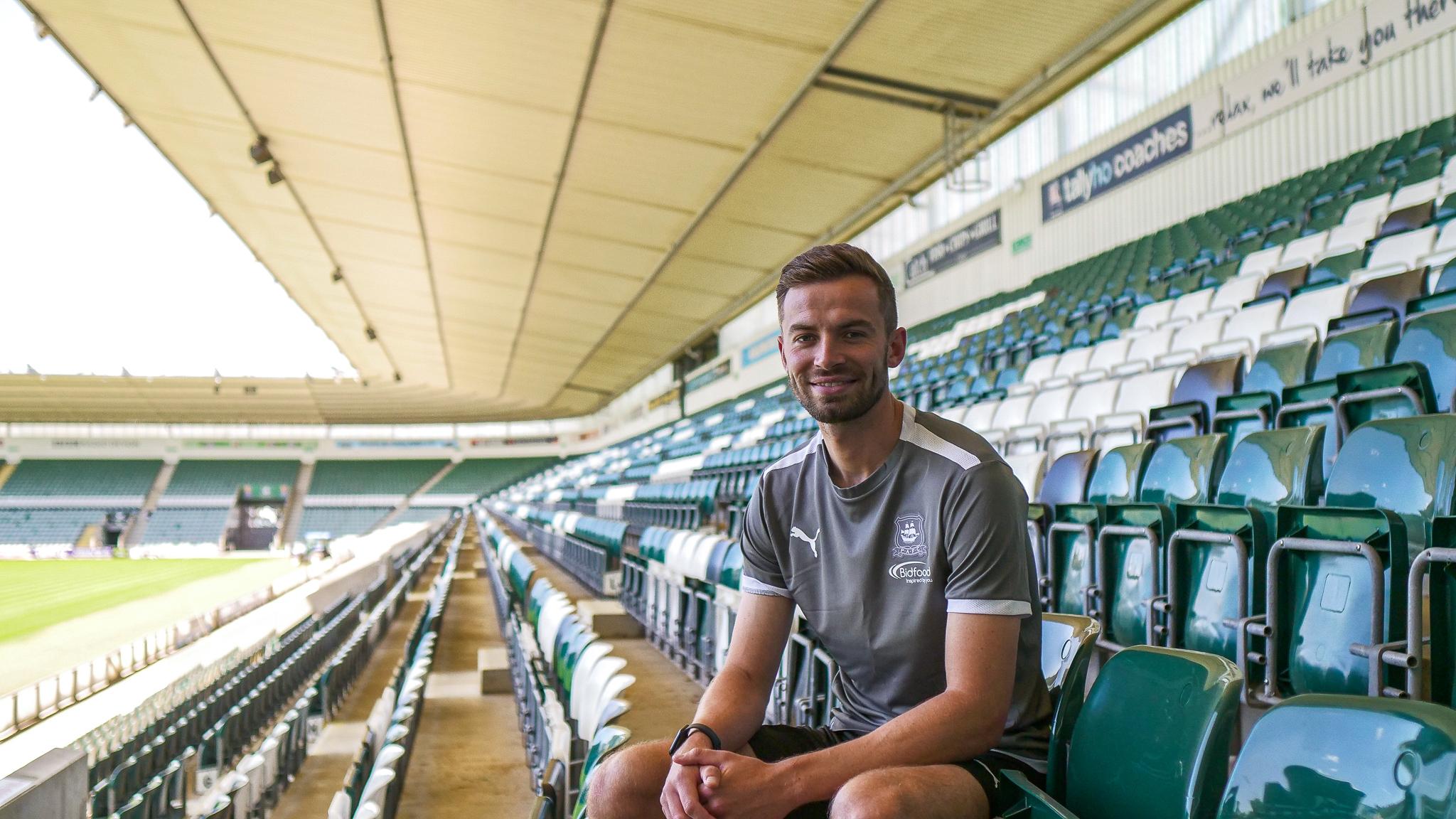 Argyle have made their first signing of the summer, bringing in Accrington Stanley midfielder Matt Butcher on a two-year deal.

Born in Portsmouth, Matt joined AFC Bournemouth at the age of 13 and spent 10 years at the Cherries.

During his time there, Matt had successful loan spells at Gosport Borough, Poole Town and Woking before having a breakthrough season with Yeovil Town, who were managed by Darren Way at the time.

A brief loan spell at Scottish Premiership side St Johnstone followed before Matt made the permanent move away from the Vitality Stadium.

After a decade with Bournemouth, Butcher moved north to sign for Accrington where he played alongside Argyle assistant manager Mark Hughes.

In his first season at the Wham Stadium, he played in all but four of Accy’s Sky Bet League One matches, scoring two goals, both in wins, against AFC Wimbledon and Hull City.

He is the first player to be brought into Home Park this summer and will add extra competition to the midfield.

A tall midfielder, who is technically excellent and with an eye for goal, manager Steven Schumacher is pleased to have him in the squad.

He said, “I’m delighted that Matt has joined us at Argyle.

“He is a player we have been watching closely for a couple of years at Accrington Stanley.

“Matt is a very technically gifted footballer who has also got physical attributes that we are needing to strengthen our midfield.

“He is versatile and is able to play different roles in our system. We will be looking for him to add goals to his game and I’m sure he is going to enjoy his time here at Argyle.”

Director of Football, Neil Dewsnip added, “I am really pleased that Matt has become our first signing of the summer.

“He comes from Accrington with a great reputation and is a player that will fit easily into our squad.

“There is no doubt his quality will add extra competition to those midfield areas.”

Matt’s home and away shirts for the 22/23 Sky Bet League One campaign will be sponsored by PASOTI.