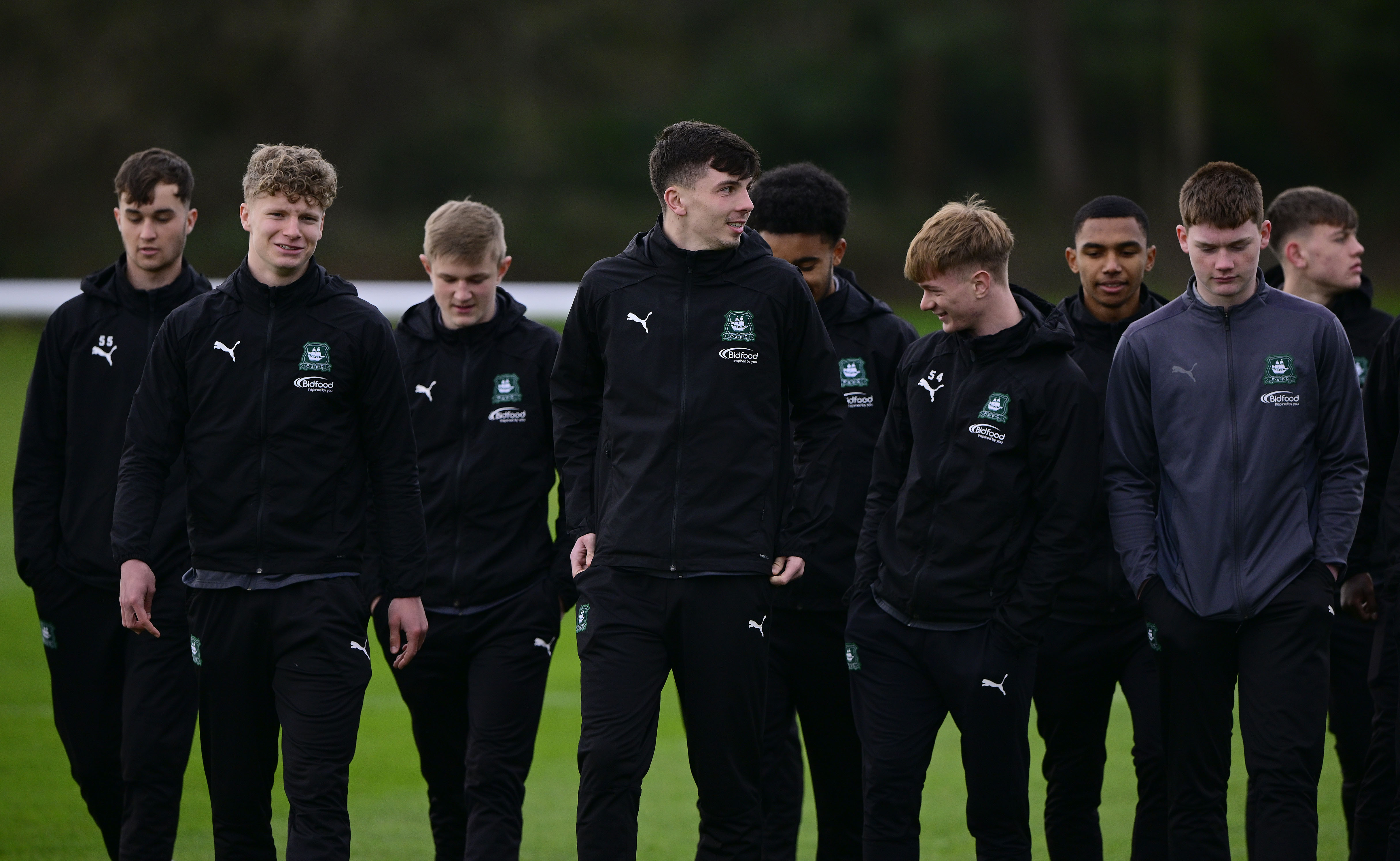 Darren Way wants to see ‘a reaction’ from his young Greens squad as they return to action this Saturday away to Cambridge United in their first game of Merit League One.

It will be the Academy’s first game since they narrowly missed out on the EFL Youth Alliance league title a fortnight ago.

“I could see the disappointment a couple of days after which is expected, they want to be winners” Darren said, reflecting on a Youth Alliance league campaign.

“I think they won on many aspects this season, to go so close.”

After their 2-2 draw on the final day of the campaign, Argyle finished in second, only behind AFC Bournemouth on goal difference.

This weekend offers the chance for Darren’s side to get back to winning ways.

The under-18s have only dropped points twice in 2022 in the six games they have played.

When asked how training has been since the break, Darren said, “Preparations have gone really well, we’ve got a process that we stick to and that doesn’t change.

“I think the players have had a lot of adulation over the last couple of weeks, I think they’ve enjoyed that, they’ve deserved that. They’ve come a long way in a short space of time.

“Now we have to show that turnaround toughness in the new Merit League One and the players are looking forward to that challenge.”

While this is Argyle’s opening game in Merit League One, Cambridge were in action last weekend, losing 2-1 to Exeter City.

With new opposition to face in the league, Darren said, “The players now have another opportunity to be able to put into practice all the things that we’ve done well over the course of the season against teams that don’t really know much about us.

“We’ll always do our homework as that’s part of the preparation but also at the same time, it’s about what we do, it’s about our individual development with improvements to the way we train and the way we play.”

The trip to Cambridge will be the Academy’s longest this season, stretching at just over five hours of travel.

“Our longest averages around three and a half to four hours. Portsmouth was a long journey, we had Bournemouth, so we’ve had a lot of 6:30am starts.

“The club has been very kind in allowing us to travel up a day before the game which will be good. We will be training at Luton, thanks to Nathan Jones.

“Our preparation is going to be spot on going into the game.”

Finally, Darren explained what he wants to see in Saturday’s 10:30am kick-off, “We want to see a reaction, certainly after the adulation the players have received.

“Also, we’re coming up to a really important part of the season in terms of distractions, contracts. I don’t want the players to be distracted by that.

“Decisions won’t be made yet so it’s important the players keep performing.

“As long as they’ve tried everything they can within their powers to finish the season strong, these players don’t realise they’re always within an opportunity of getting a contract wherever, at any football club.

“I just want to make sure that they remain strong and they stay positive, that they stay together and enjoy this final part of the run-in.”

The Merit League One consists of 10 clubs and the sides will play each other just once. Argyle have been given five games at home and four away.

Cambridge, Exeter, Gillingham and Stevenage are the young Pilgrims’ away games with Bournemouth, Southend United, AFC Wimbledon, Portsmouth and Oxford United all travelling to Devon.