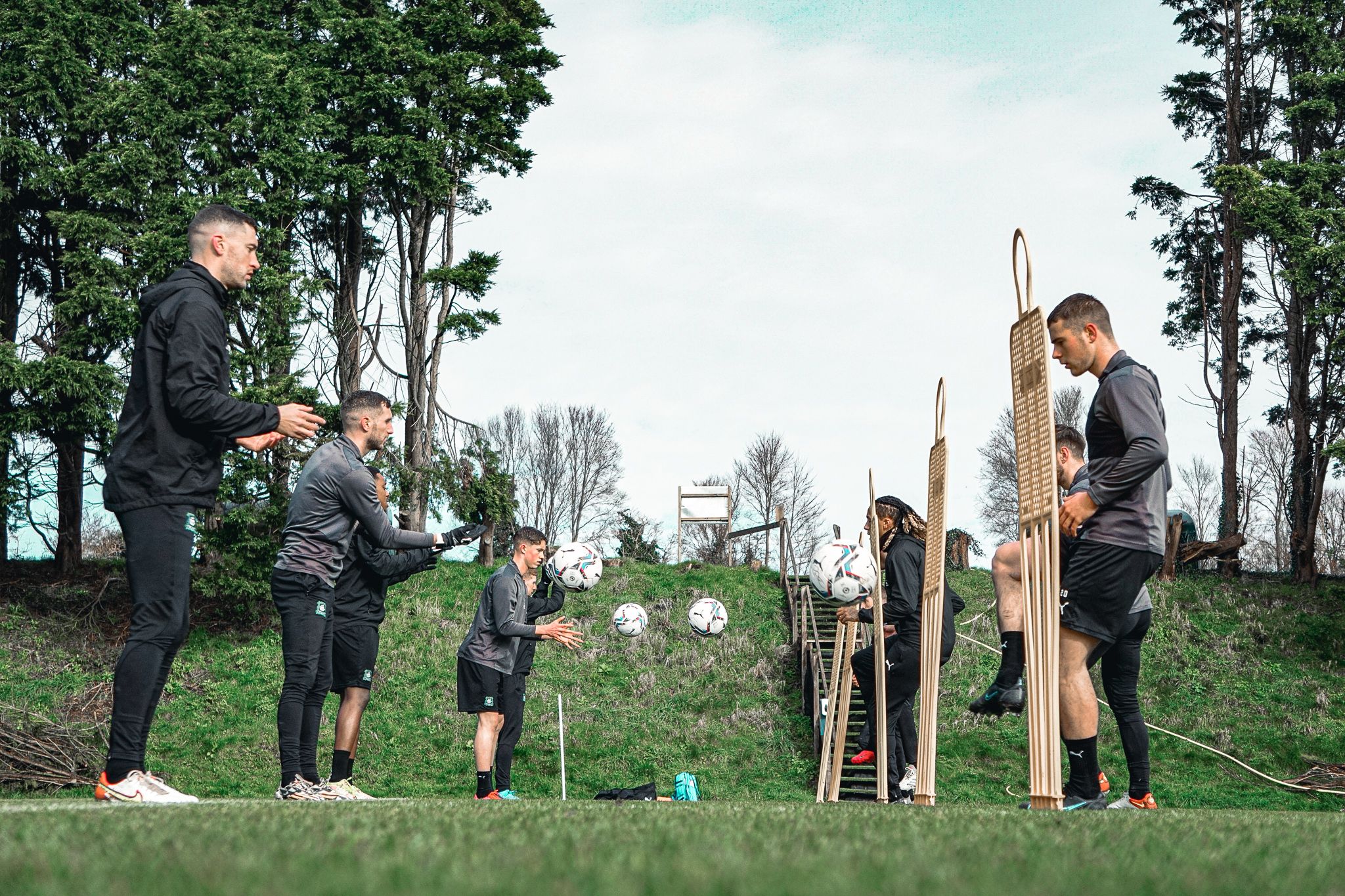 Cambridge up next for the Greens

Argyle play their second away game in four days when they travel to the Abbey Stadium on Tuesday night to take on Cambridge United in Sky Bet League One.

The Greens come into the game having won their previous four league matches, the latest being a 2-0 triumph away to Gillingham.

Second half goals from Jordon Garrick and Luke Jephcott were enough to give Argyle their first away victory over Gillingham since 1981 and saw the side move up to fifth in the table.

The win was the second time in succession that the Pilgrims have shut out their opponents, beating Shrewsbury Town at Home Park, 1-0, a week earlier.

On top of the impressive defensive form of late, the attack has been firing too.

With 13 goals scored in their last five league matches they are amongst the highest scorers in the division.

In fact, only Sunderland, Rotherham United and Oxford United have scored more goals than the Pilgrims this season.

On their travels, the Greens are amongst some of the best in the division.

They have picked up 29 points from their 17 matches and have the fourth best away record in Sky Bet League One.

Their last defeat on the road came back in January when they went down 4-2 against Sheffield Wednesday at Hillsborough.

They are unbeaten in their four previous away matches, scoring 12 goals.

The two sides played put a 1-1 draw, at Home Park, back in August, with Joe Ironside cancelling out a Luke Jephcott opener.

Games between the sides are generally tight, with four of the previous ten games ending in draws.

The last two meetings between the sides have seen each take a point with Cambridge winning the last time they met at the Abbey Stadium.

Despite that loss, the Greens do have a decent record in Cambridgeshire, losing just one of the last three trips to the U’s.

The hosts are in a good run of form as well.

A 2-0 win over Accrington Stanley on Saturday means that they have won their last three home matches.

In total they have won four of their last eight and had an impressive 1-0 victory over Newcastle United in the Emirates FA Cup.

A bit like Argyle, until Saturday, Cambridge had been on a run of four straight away games which saw them pick up two points with draws against Burton Albion and Fleetwood Town.

The three points on Saturday meant that they climbed a couple of places to 14th in the league and sees them comfortably in mid table.

Argyle will once again be without the services of long term absentees Brendan Galloway, George Cooper and Dan Scarr.

Steven Sessegnon is still waiting for his Argyle debut and is contention to feature, while all four strikers are in form and could be rotated once again.

Cambridge manager Mark Bonner will be without top scorer Joe Ironside who has an ankle injury.

Former Argyle youngster Lloyd Jones is also out with injury along with Joe Iredale and Greg Smith.

Tickets will remain on sale, for online booking only, until 9am on Tuesday, 22 February.

Supporters will be able to pay on the day of the game, with a £2 price increase, from the ticket windows at the Newmarket Road end of the ground.