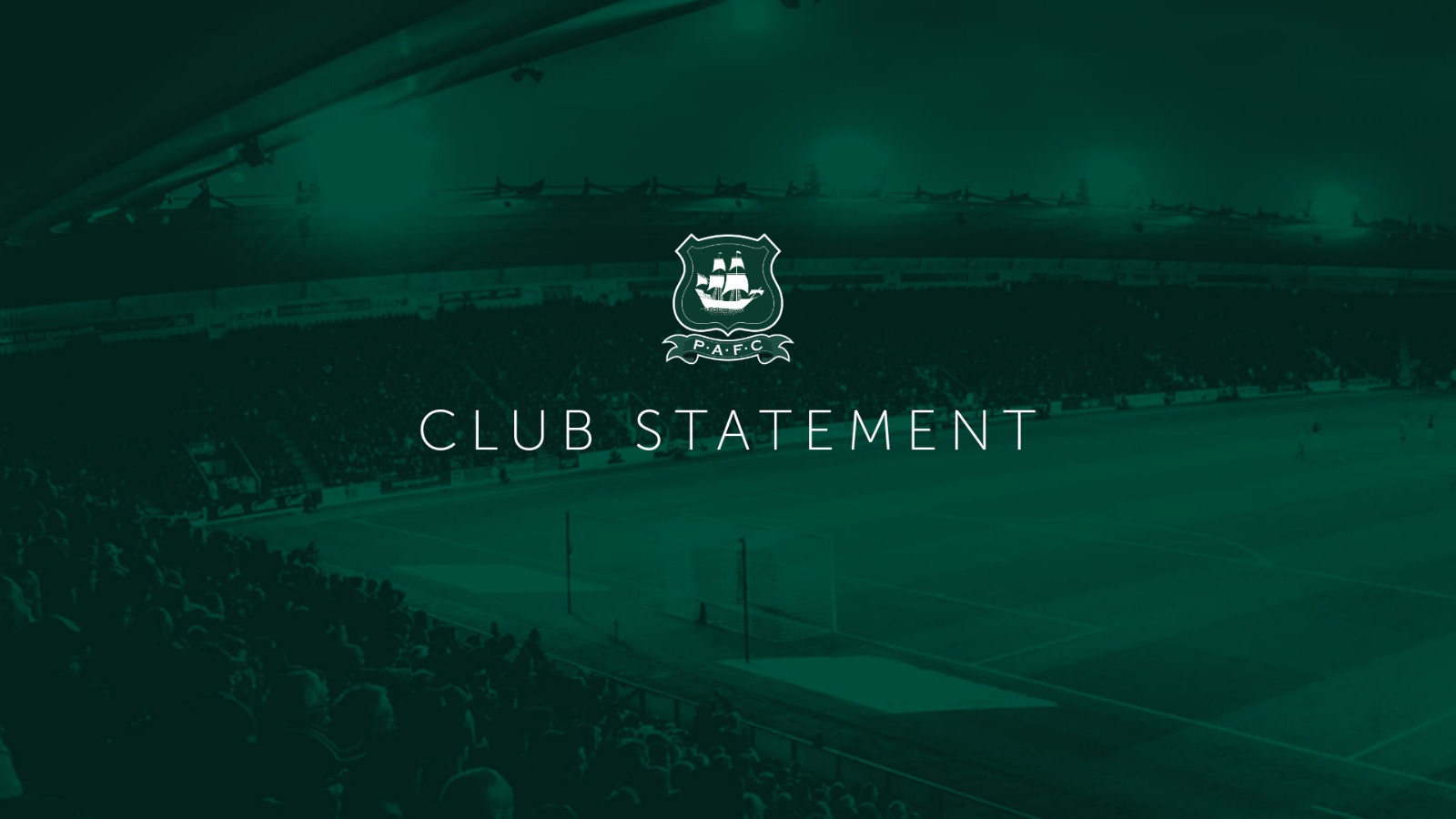 During the second half of our Sky Bet League One fixture at Accrington Stanley, one of our players reported being subjected to consistent homophobic slurs from a small number of supporters within the stadium.

Plymouth Argyle condemns this behaviour in the strongest possible terms, and applauds our players for taking a stand in the fight against discrimination.

We would also like to thank our colleagues at Accrington Stanley, who have acted swiftly and supportively to begin an investigation to identify the individuals involved.

Football is for everyone, and the club remains committed to playing our part to build a more inclusive sport.

The club will work with anti-discrimination charity Kick it Out as well as the relevant football authorities on the matter, and will provide no further comment at this time.