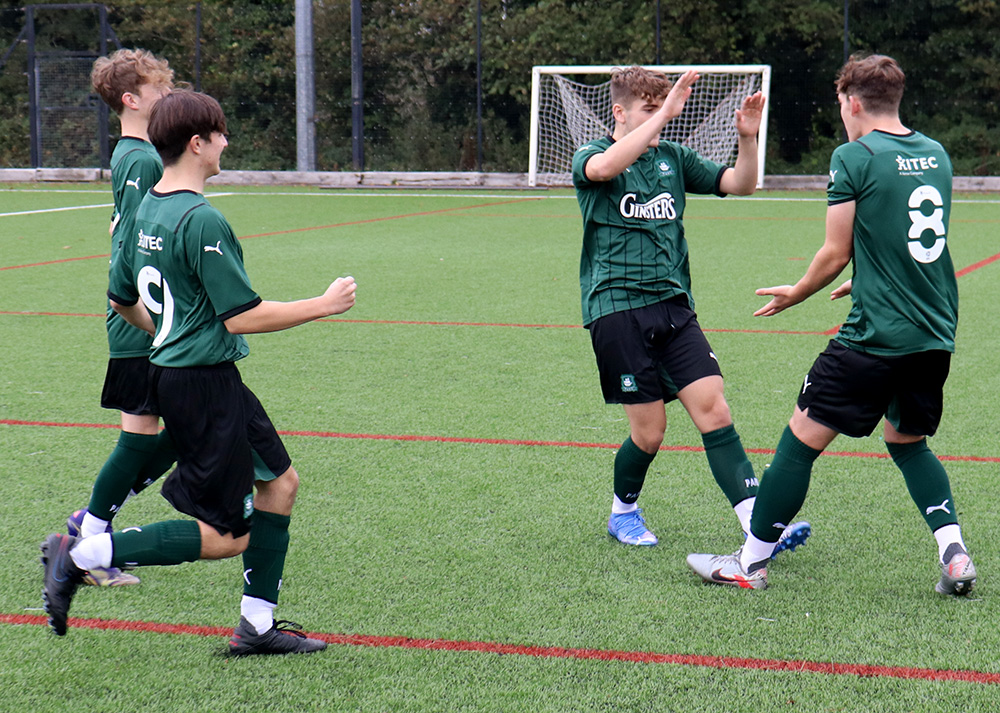 There will be a substantial Cornish Plymouth Argyle presence at Sunday’s Sky Bet Championship play-off final at Wembley.

48 students and six staff from the Argyle Community Trust’s Football Development and Education Programme, based at Carn Brea near Redruth in Cornwall, will be guests of the EFL at the flagship event. They will be there thanks to a remarkable clean-sweep in three of the EFL’s Community & Education Football Alliance (CEFA) Leagues this season.

The Football Development and Education Programme, which runs in Plymouth and Carn Brea, is a two-year, full-time education and football development programme for 16 to 18-year-olds. Participants study for a BTEC Level 3 Extended Diploma alongside a comprehensive football scholarship, all entirely staffed by Argyle.

They also compete in a competition run for EFL Club Community Organisations, featuring teams representing Premier League and EFL clubs across the country. This season, Argyle entered teams in the CEFA South West Divisions 1, 2 and 3 – and won the lot!

“We play in the EFL South West CEFA competition against clubs like Bristol Rovers, Bristol City, Swindon Town and Bournemouth. To get one team over the line and win a league is pretty impressive – we did that a few seasons ago with the first team – but having the first, second and third teams all win their respective divisions is pretty unique.”

The first team was unbeaten to win Division One – with eight wins and two draws – while the second team went one better in Division Two with a clean sweep of wins. The third team had the toughest battle, winning Division Three by a single point.

Jamie praises the calibre of the current crop of youngsters on the programme.

“We’ve had a really good intake over the last couple of years in terms of the quality of their football. A lot of them are playing at a decent level – the Western League, South West Peninsula league et cetera - and a couple of lads are in and around the Truro City first team in the Southern League.”

One of the key aims of Argyle’s Football Development and Education Programme is to provide a next step for players that have not quite made the step up to the Academy by age 16. The programme is a gateway to a wide range of options for young people, from further education, to careers in sport or in a variety of apprenticeships.

In London on Sunday they will be rewarded for their success this season with lunch and prize presentations in the Club Wembley Suite, and prime seats for the play-off final between Nottingham Forest and Huddersfield.

As Jamie says: “It’s the first time it’s ever happened where we’ve gone and won all three leagues, and to take all the teams to Wembley is a real achievement. We’ll take the coach up to London and make a real day of it. It’s brilliant for them – the lads will never forget it.”