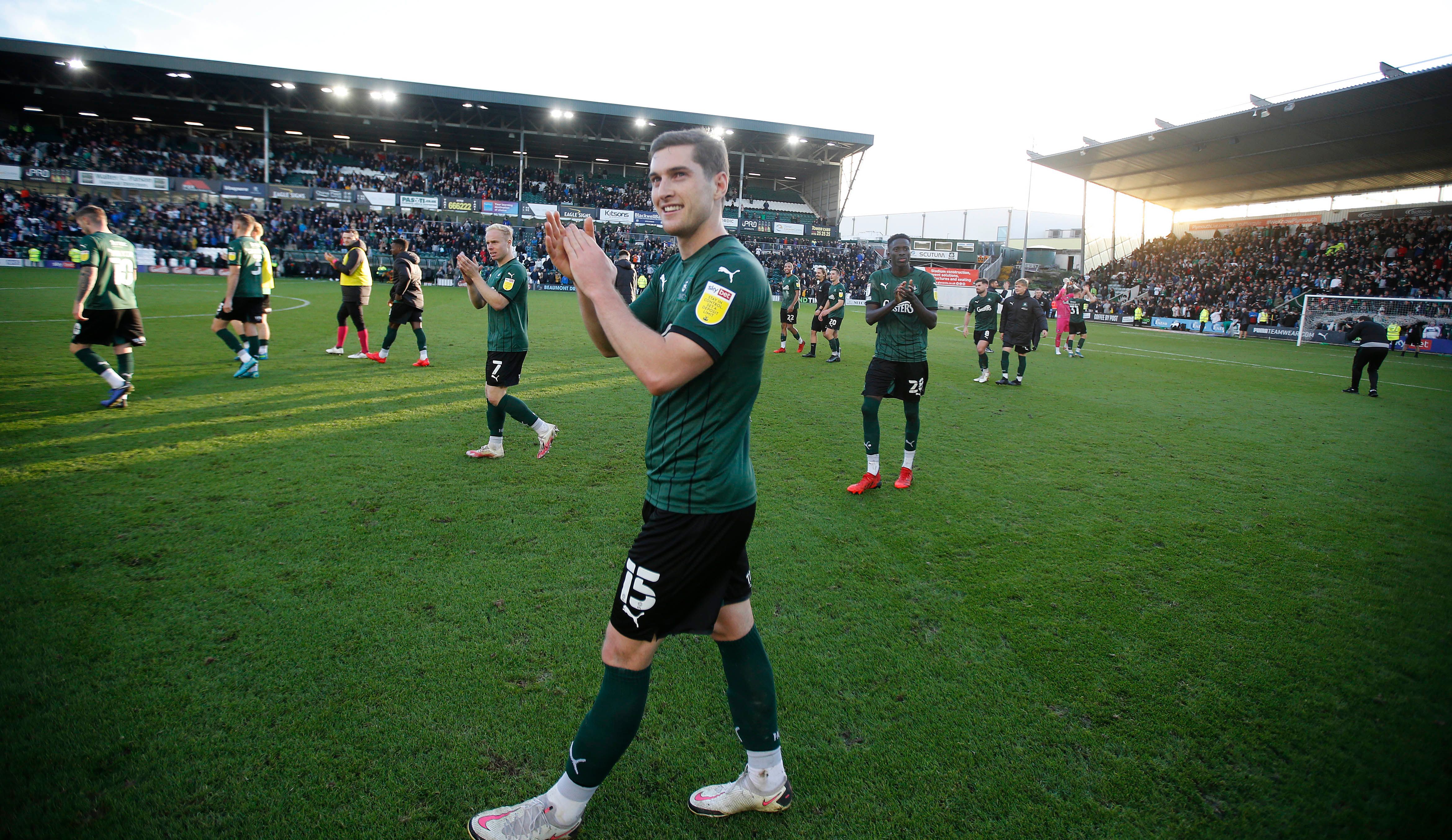 Conor brings up his century

“It will be a proud moment for me and my family.”

Conor Grant is on the verge of becoming the second Argyle player in a matter of games to make it to 100 appearances in green.

The Liverpudlian is the only surviving senior player signed by the previous regime and has flourished since the current management team has been in place.

If selected in the Emirates FA Cup first round tie against Sheffield Wednesday on Sunday, Conor will bring up his century.

“If selected I will be over the moon to make that achievement,” Conor said, “I know it’s been a bit of a rollercoaster of a journey at the club.

“I have had some lows but also some amazing highs, so I appreciate every single one of them.

“I have always been someone who has persistence. I always want to prove myself all the time, to whoever it is.”

The former Everton youngster joined the Pilgrims in the summer of 2018 on a free transfer from his boyhood club.

So keen on the midfielder was Derek Adams, that the then Argyle boss tried to sign him seven months earlier.

Conor had been enjoying a loan spell at Crewe Alexandra when the Greens first came calling, he had played 17 times for the Cheshire outfit and had impressed.

However, having already played for Everton in the EFL Trophy that term, he couldn’t make the switch and so Argyle had to wait.

He then signed in the August and originally was played in the middle of midfield by Adams.

He struggled to nail down a regular spot in the team and played just 20 times in his first two seasons at Home Park.

That’s when it started to change. Ryan Lowe came in and converted Conor to a left wing back and to be honest, the 26-year-old hasn’t looked back.

“When I play, I am able to show my ability and my fitness. The coaches just allow me to go and play my game, they’ve coached me really well.

“I am thankful to Derek Adams for giving me the chance to come to this club and since the current gaffer has come in it’s been brilliant.

“I have had to show character to come through the hard times and then I am now able to enjoy the moments that are happening now.”

Conor has enjoyed a particularly impressive run of form, scoring three and assisting another as the Greens won four of their six matches in October, remaining unbeaten.

His form was recognised further afield too, with Conor being nominated for the PFA Fans’ Player of the Month for the division.

It is likely the now left wing back will be selected for the trip to Hillsborough on Sunday and if he were to play, he would be the second player this season to make the big 100.

Club captain Joe Edwards got to the milestone against Lincoln City in October and Conor feels immense pride that he can be in the same club.

He said, “It will be a great occasion. To possibly get there in an FA Cup tie and a game on television will be nice. I am sure all my family will be watching at home.

“I actually told my nan the other week when I went home that it would be on TV, and she made a little note of it in her diary – she’ll be buzzing.”

Well, we will be proud on Sunday too Conor, congratulations and here’s to another 100 eh?