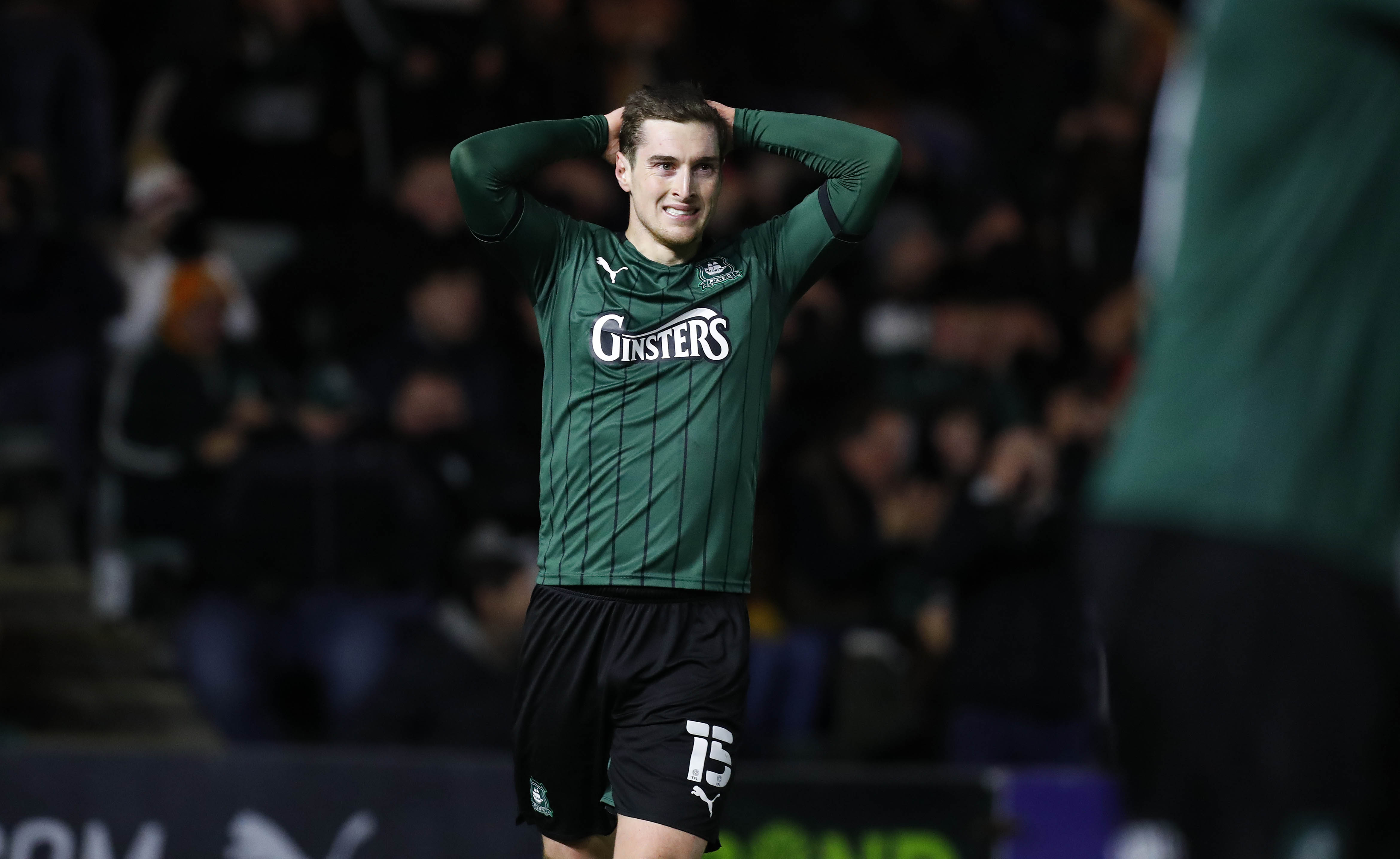 Conor Grant reflected on Argyle’s 3-0 defeat to Wycombe Wanderers and was left thinking what might have been had the Greens taken their chances.

The loss was Argyle’s second in three days and was the third time this season they have failed to score in a league match.

It was 0-0 going into the final 30 minutes of the game before Wycombe took the lead. They then scored two more times in the final six minutes to put a gloss on the score line.

Before that, the Pilgrims had a number of opportunities to go in front - 27 shots in fact, but only four were on target.

If the Greens had found the breakthrough, Conor felt it would have been a different game.

“We had good chances in the game, I had one myself and we just didn’t take them. It’s a game of who takes their chances.

“Chances are key and taking them at the right time. We have done that really well this season but recently teams have been taking their chances at good moments.

“We have to be a bit more ruthless and not concede the sloppy goals which we haven’t been doing for the majority of the season.

“I thought we played very well in large spells; the goals have changed the game.”

The loss means that Argyle have moved down to third in the Sky Bet League One table, with Wycombe leapfrogging them.

They now have a home game with Wigan Athletic on Saturday before playing Milton Keynes Dons, Sunderland and Charlton Athletic before Christmas.

Conor feels that the side have to get their momentum back going into such a tough run of fixtures.

He said, “We have to be better; we have to be switched on and not concede goals like that.

“I think we knew this run of fixtures was going to test us, it’s important that we bounce back and recover well.

“We know the fans will be there again on Saturday because that is what they do.

“We are hurting for them tonight that’s for sure.”