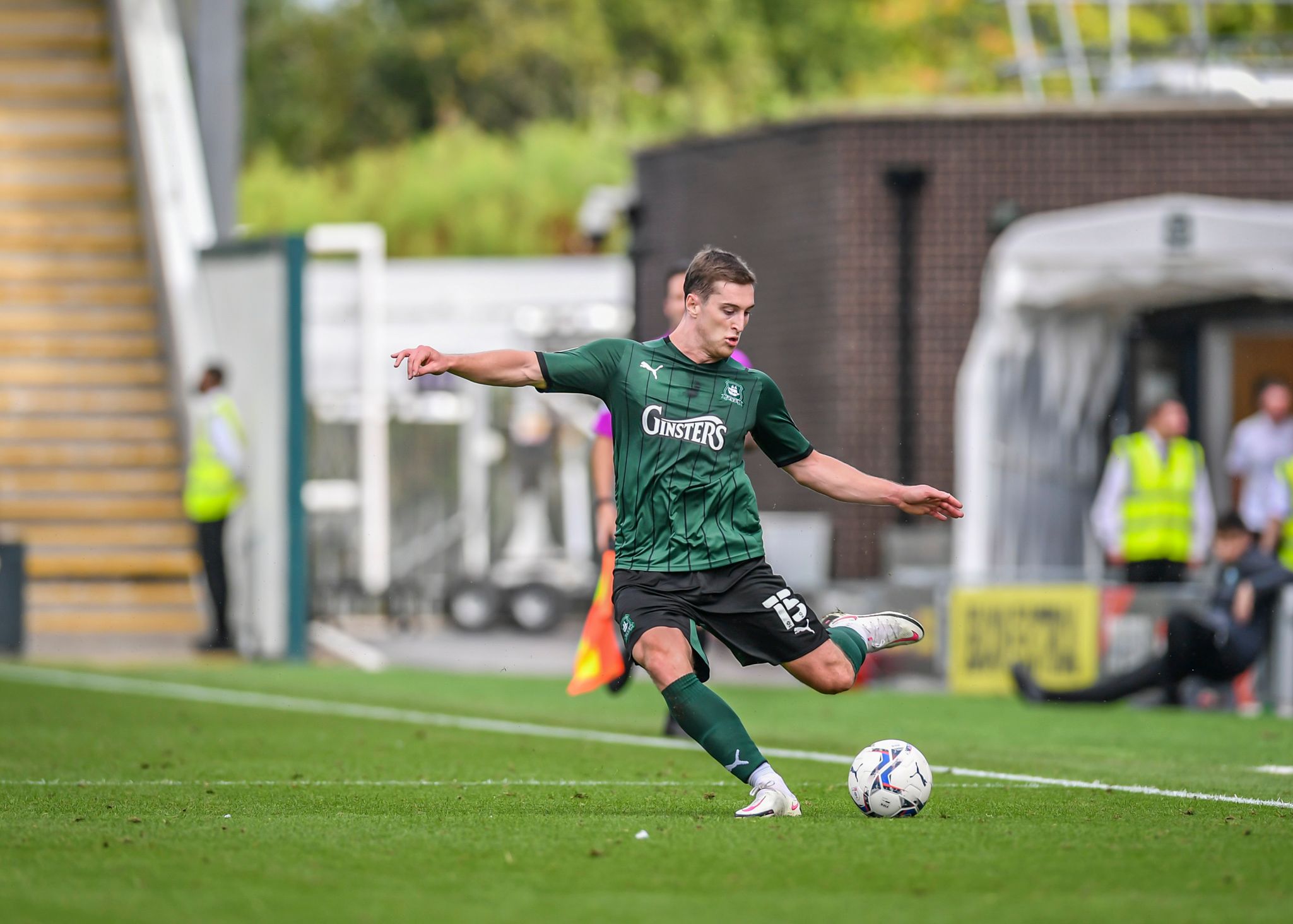 Conor Grant is confident Argyle can show their credentials for the season with a positive performance and result against Sheffield Wednesday on Saturday.

The Greens have made a good start to the new campaign, but it will be a different test on the weekend with many people tipping Wednesday to bounce straight back up to the Sky Bet Championship this year.

Both Argyle and Wednesday have lost just once so far in the league, and both enjoyed a week off last weekend due to international call ups.

Conor believes the game at Home Park will be a good test for the Argyle squad to see just how competitive they ae going to be this season.

He said, “We have started off pretty well and I am quite pleased with the performances.

“We would have probably liked a couple more points on the board but I think we have started off positively.

“This is a huge game and one we are really looking forward to. It will hopefully be a big crowd against a good team, and it will be a real tough test for us.

“You want to play against the best players, and they have a lot of quality in their squad. But it’s a chance for us to show what we can do - we can’t go into the game being fearful. “

Conor has started every league game so far this season and has played both out wide on the left and in the middle of midfield.

He has become an integral part of the way Argyle play and was the leading provider of assists in the squad last season.

He is yet to create a goal for anyone so far this season but is sure that the way the side are playing and the confidence the players have, those chances will start coming again.

He said, “We are a together group – everyone is on the right page, and we are playing with confidence, but I really think there is more to come from us as well which is good.”

“These games are the best. It’s why you play really, the crowd being back this year has been a big difference already and I can imagine that Saturday will be bouncing.

“I am really looking forward to it."