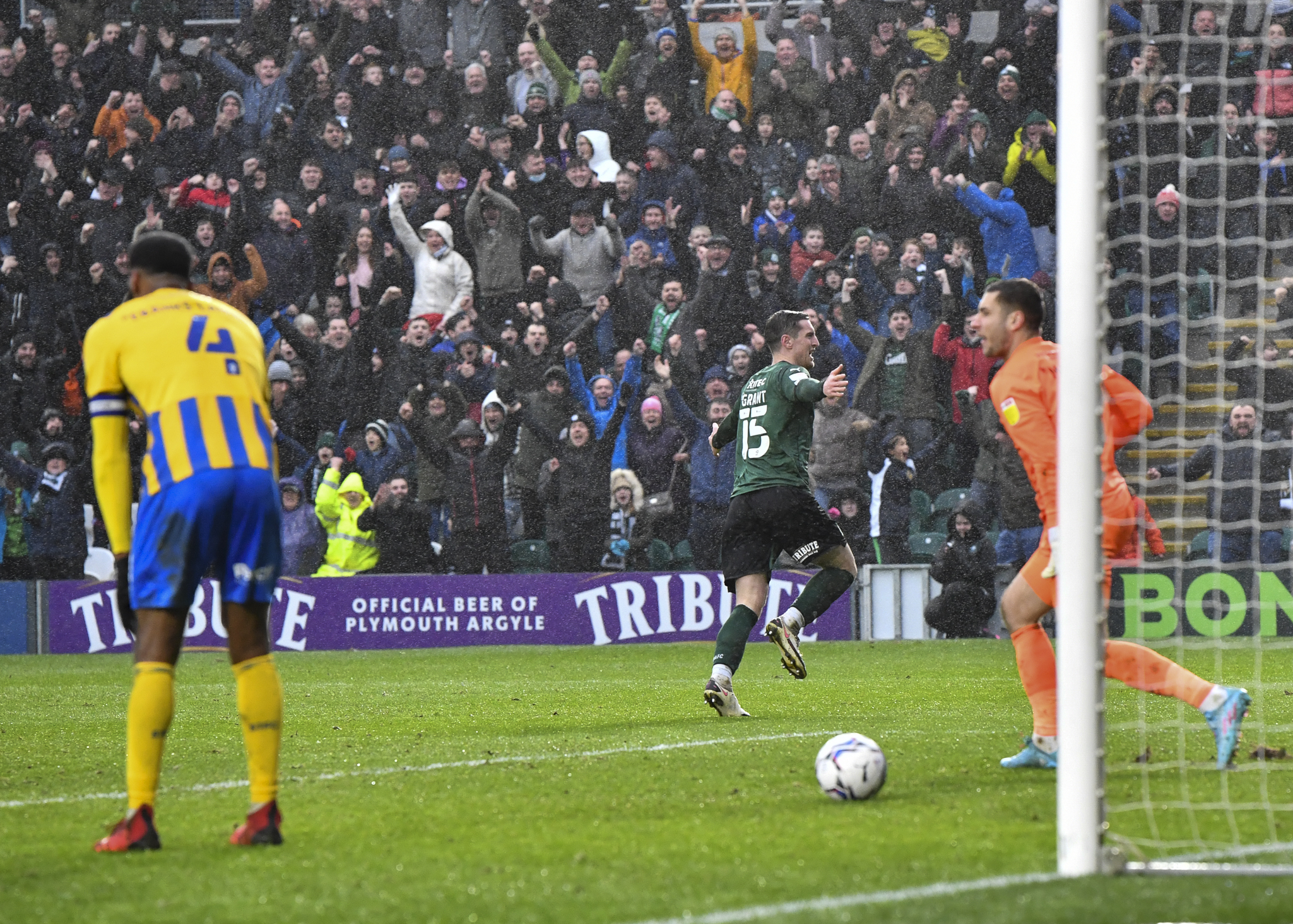 Conor Grant is well known for his standout goals, and he was at it again on Saturday afternoon with a ferocious strike that gave Argyle a 1-0 victory over Shrewsbury Town.

As the ball fell perfectly to Conor’s left foot on the 63rd minute of a hard-fought match from the Greens, he rocketed it into the top corner to secure the three points that took Pilgrims into sixth place in the Sky Bet League One table.

“I was happy with it,” Conor said, “I was happy to get a clean connection on it and luckily it flew into the top corner.

“I don't know if I was meant to put it there to be honest, but I've got lucky so I'm happy with the three points.

“It was a big goal; I think there was a lot of relief in it as well.

“Shrewsbury came here and made it very difficult for us, and in the first half we had a couple of chances, but we weren't quite at it.

“Coming off at the end of the game, we were all saying we had to work very hard for it.

“I think, at the end of the day, the 1-0 wins are the ones we have to grind it out, it's not the prettiest of games but they are the important wins, and we need them going forward.”

Being Argyle’s first match back at Home Park for three weeks, the importance of racking up points on home turf becomes ever more important in the fight of moving up in the league.

“It's massive,” Conor said, “the last game at home was Lincoln; we ended up losing late on. Then the Fleetwood game we lost to a couple of late goals, but we bounced back from that disappointment really well.

“That's three on the bounce in the league now, so it was important that we responded well.

“We want to keep adding as many points as we can and go into the last run with confidence and see where it takes us.

This coming week will be a great relief to the squad as there is no Tuesday night fixture, meaning a full recovery can be made ahead of travelling Gillingham next weekend before another away fixture against Cambridge United on the Tuesday night.

Conor admits: “I think we need it as a squad the last two weeks have been really demanding for us all staff and players, so we welcome a little breather and then we go again.”