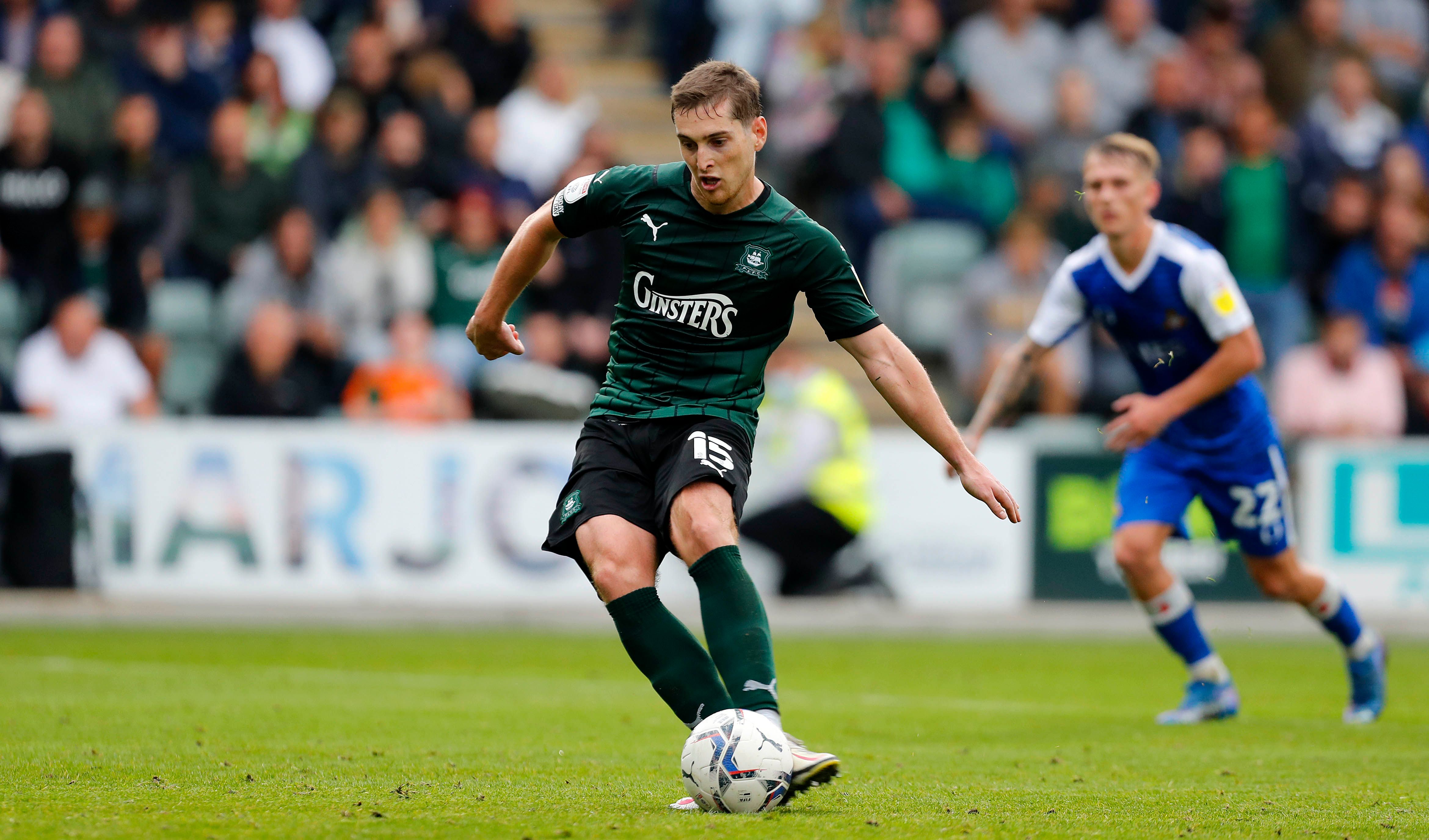 Match winner Conor Grant has said he never had any doubts about taking a stoppage time penalty to give Argyle victory over Doncaster Rovers on Saturday.

Two minutes into added time, and after a long delay that saw Doncaster manager Richie Wellens sent off, Grant sent the ‘keeper the wrong way to ensure the Greens made it seven points from the last week.

With usual penalty takers Luke Jephcott and Ryan Hardie off the pitch, eyes were on who would take the spot kick after Kieran Agard was fouled by the Doncaster goalie Pontus Dahlberg.

Conor picked up the ball and took the responsibility.

He said, “I had a word with the manager and Schuey [Steven Schumacher] earlier in the season and basically when neither Ryan [Hardie] and Jeps [Jephcott] are on the pitch, I would be the next one in line.

“I was looking around and hadn’t realised Ryan had gone off, so when I realised he had, I thought ‘sound’ it’s me.”

Not only was it Conor’s first penalty for the Pilgrims, but it was also his first spot kick in professional football.

Despite the pressure of the situation, Conor remained focussed on what he had to do.

He said, “I don’t think I have taken one on a professional game before. I was just trying to focus on where I was going to put it and I’m just glad it went in.

“It wasn’t an easy game for us, and we had to work really hard for it. Three points is three points and that’s the main thing.”

Conor’s first goal of the season means that Argyle are now unbeaten in their last eight league matches and are sitting on 18 points from the opening nine games.

After the disappointment of conceding a last minute equaliser four days earlier, against Portsmouth, Conor was happy that this time the Greens were the ones leaving it late.

Conor said, “We just wanted to continue the form, after Tuesday we were all a little bit deflated but today was a bit of retribution for that I think.

“Today shows our character, we were fighting for each other and the fans. We need to keep doing that going into Tuesday that’s for sure.”