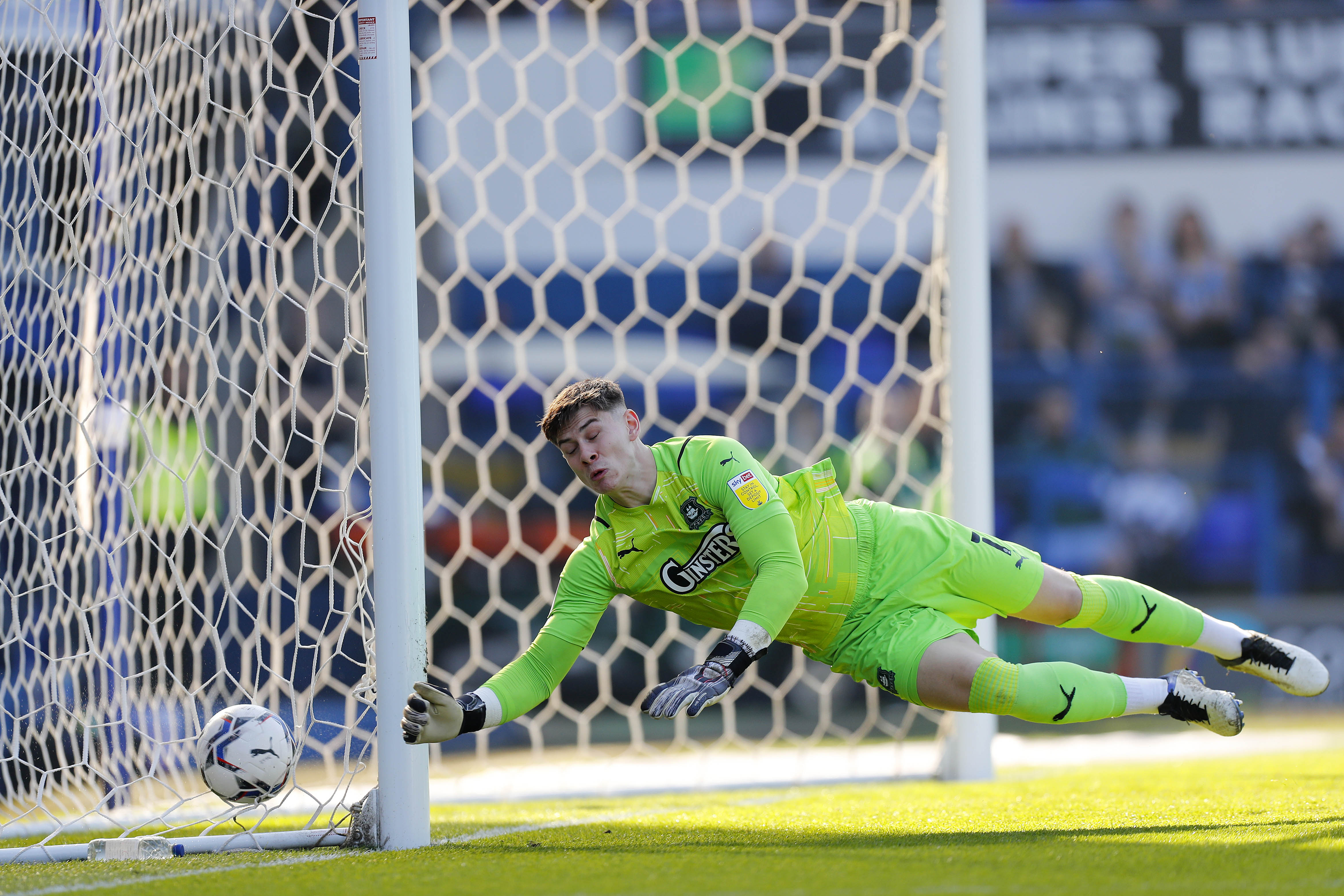 Michael Cooper has had an incredible month, keeping six clean sheets and conceding just one goal in the seven matches played.

The one he did concede, came in the shape of a Sam Morsy tap in, which gave Ipswich Town a 1-0 win over Argyle at Portman Road on Saturday.

Mike was just a game shy of equalling the club record of seven consecutive clean sheets and despite not achieving it and being on the wrong end of the result, he was positive after the game.

He said, “Coming away losing 1-0 today was disappointing, but I think on reflection, if you look at how the month has gone for us: 18 points out of 21, one goal against, it’s not a bad month at all.

“This isn’t an easy place to come, the atmosphere was rocking and even though we started well, we just couldn’t get a foothold.

“It’s disappointing to lose but we’ll go again next week.”

The incredible run of form in March, has seen the Greens put themselves in an incredibly strong position going into the final six games of the season.

They sit in fourth place, with 74 points – just six off the top of the table.

With games against promotion rivals to come in April, Mike feels as if they couldn’t be better place.

He said, “Most people would say this is one of the most competitive League One seasons for some time, and I would agree with that.

“Heading into the last six, which are all tough games, anyone would have taken this points tally and we are quite happy at the minute.

Mike’s form and the solidity at the back has been the cornerstone for the Greens’ success this season.

He feels that it shows the strength of character in the side that they can put together runs like the one they’ve just been on.

He said, “It would have been nice to top the month off with a win but to have gone so long without conceding is nice.

“It’s testament to the whole squad, the way we have applied ourselves and there is no doubt that will continue.”