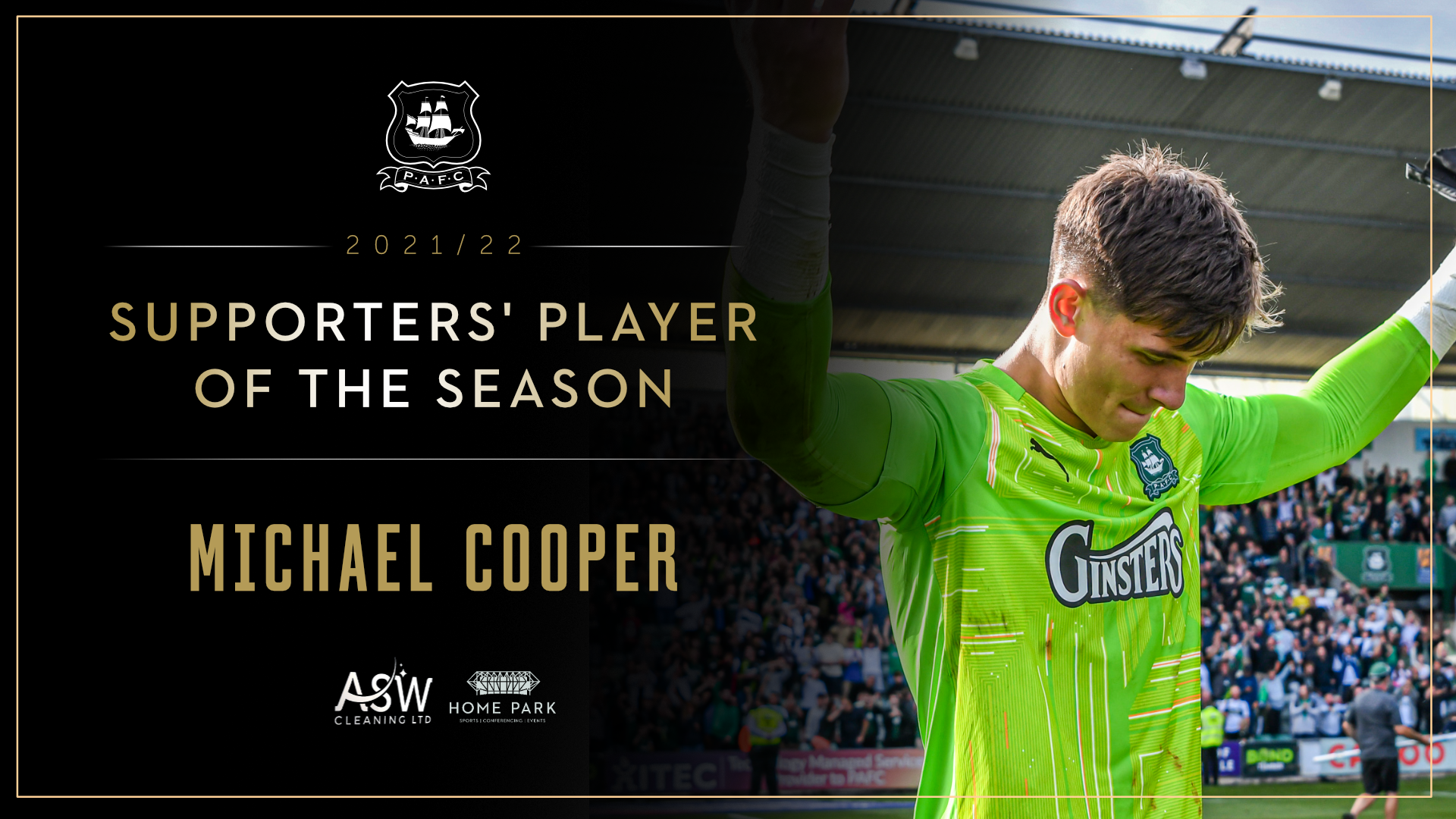 Argyle’s number one, Mike Cooper, has been named the 2021/22 Supporters’ Player of the Season.

The 22-year-old Academy graduate has had an incredible year between the sticks for the Greens, playing every minute of their league campaign to date.

In a season that has seen him go past the 100-game mark for the club, he has also kept 21 clean sheets, so far, with 18 of those coming in Sky Bet League One.

Mike has gone one better that last season in scooping this award - he was runner up to captain Joe Edwards last time out but did win the Young Player of the Year vote.

His performances have not gone unnoticed around the country, with Coops being named in the Sky Bet League One Team of the Season at the EFL Awards earlier this month.

Only two sides, the top two in the division, have conceded fewer goals that Argyle so far this season and Mike is joint top of the league’s clean sheet charts.

He has been part of a defensive unit that has gone ten and a half hours without conceding at Home Park and let in just four goals since the start of March.

Throughout the season, Mike has made valuable contributions with incredible saves, commanding catches and even creating goals.

As well as the shot stopping, his distribution, highlighted in the 2-1 win over Burton Albion in October, has helped the Greens to success.

One of the highlights of the campaign was his long throw that put Ryan Hardie clear for him to assist Ryan Broom for Argyle’s second of the game.

Big saves against Bolton Wanderers, Wigan Athletic and Oxford United in the final months of the season have proved pivotal for the Pilgrims’ good form and challenge for the play-offs.

Mike, who has been at the club since the age of eight, also put in a man of the match performance against the European and World Champions, Chelsea, in the fourth round of the Emirates FA Cup.

Skipper Joe Edwards was the runner up in the fans’ vote, with Jordan Houghton coming in third place.

Congratulations Mike, what a season!