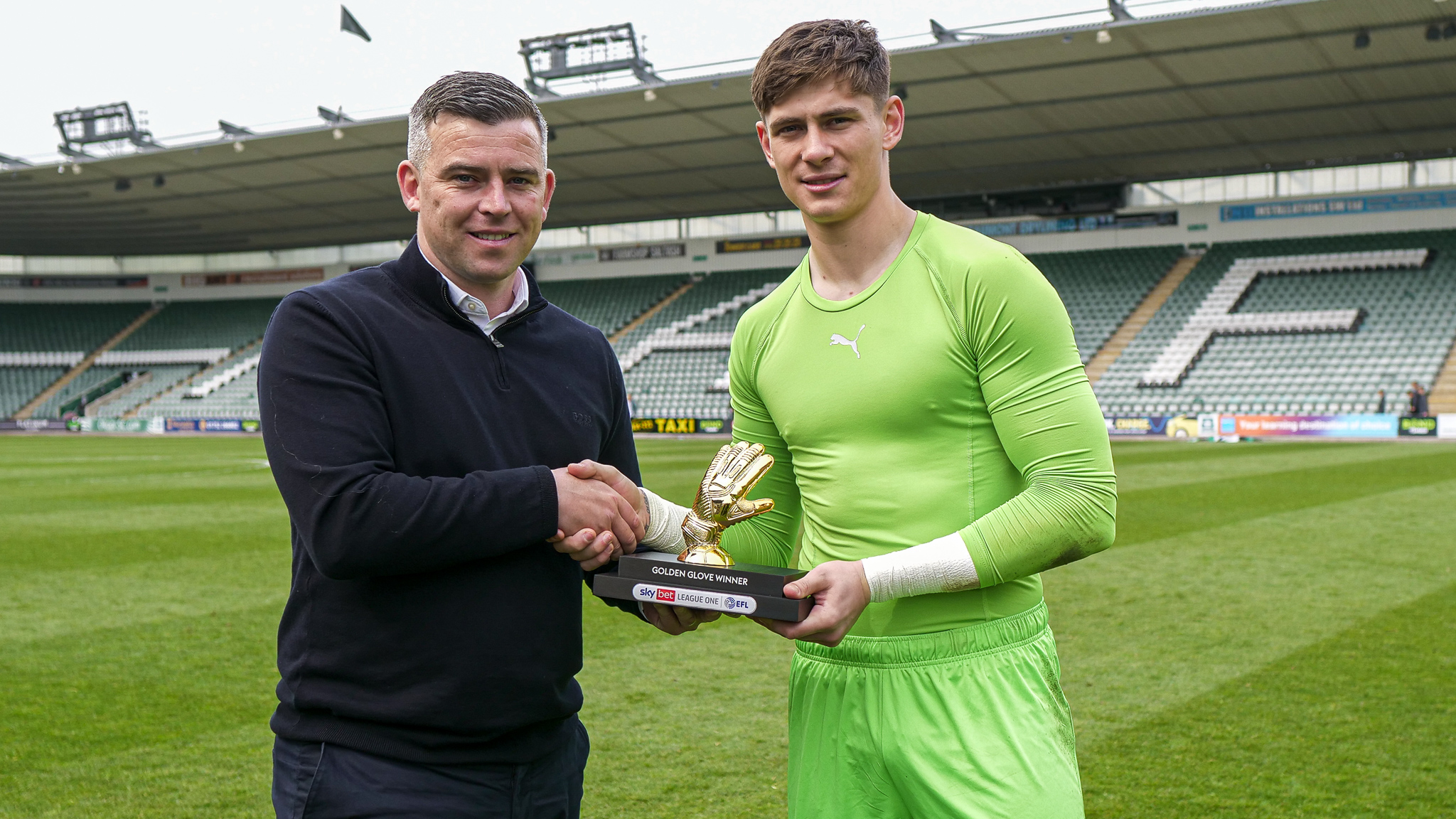 Mike Cooper has won the Sky Bet League One Golden Glove for the 2021/22 season.

The Pilgrims’ stopper, who has played every minute of this year’s campaign, picked up 18 clean sheets, including an incredible six in a row back in March.

He finished in joint spot with Wycombe's David Stockdale, both keeping 18 Sky Bet League One clean sheets in 46 starts for their clubs.

His and the Greens’ fantastic season was highlighted with an Emirates FA Cup fourth-round tie against Chelsea, where Mike made crucial saves against Romelu Lukaku and Mason Mount to take the game to extra time.

That was followed by success at our end of season awards last week, picking up the Players' and Supporters' Player of The Season Trophies, as well as being named in the Sky Bet League One Team of the Season at the EFL Awards.

Mike becomes the first Argyle goalkeeper to win the golden glove since Alex Palmer in 2019/20, for his defiant Sky Bet League Two campaign between the sticks.