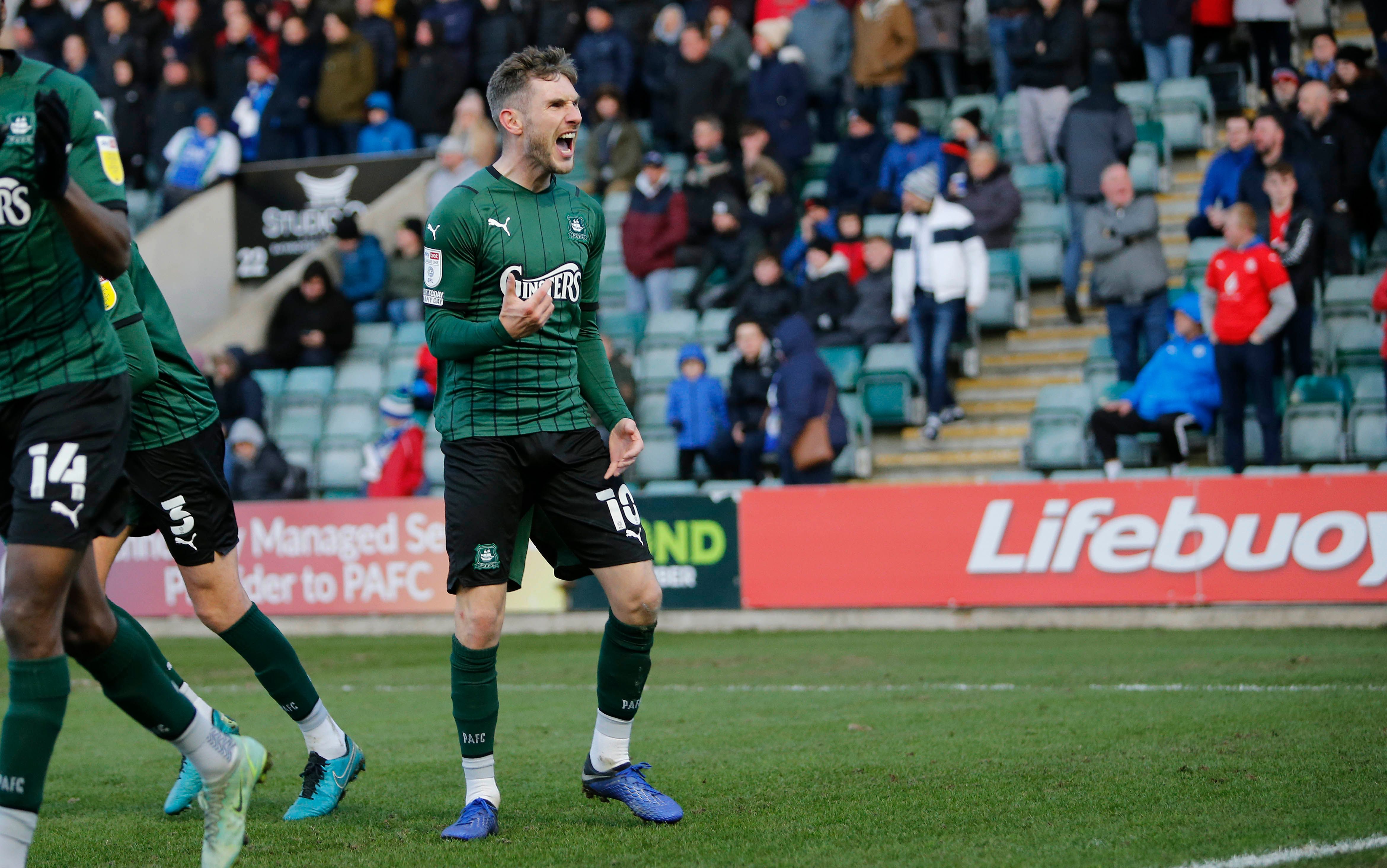 Argyle are in a good place heading into their first home game in four weeks, according to Danny Mayor.

They’re unbeaten in three league games, victorious in their last two outings and have players hungry to make an impression.

It’s not often that you see a side, in the third tier of English football, make five changes to their starting line-up and still end up winning an away game 4-1.

That is exactly what Steven Schumacher’s Argyle side did on Tuesday night, coming from behind to claim their seventh away win of the season.

Having played Chelsea three days earlier, the side was reshuffled with both strikers changed, Adam Randell coming into midfield and Ryan Law making his first league start of the season.

The squad depth and quality in competition available to Schumacher is something that Mayor feels can push the Greens on to even more success.

Speaking ahead of the Pilgrims’ Sky Bet League One game with Shrewsbury Town on Saturday, he said, “I think any player could come in and it wouldn’t make us any weaker.

“I think it showed how good the group is on Tuesday, we freshened it up, some other lads came in and we got back to winning ways.

“The strikers we have – I’ve never seen anything like it. Whoever plays, whichever two, either score or assist.

“That’s right through the team. Whoever plays in midfield, whether it’s Rands, Broomy, Pan, me, Jordan; we just have such a strong group it doesn’t matter who plays.

“We all just want to win; we want to get to where we think we can get to and hopefully have a special season.”

Danny, who feels as if he’s back to his best, also praised the way the manager and staff have kept the players grounded through a busy and exciting schedule.

“It’s business as usual for us now and the focus is totally on the league,” Danny said.

“We have a grounded group and that’s a credit to the gaffer and the staff.

“The gaffer’s tactics and the analysis and work that goes into every game is the best I’ve ever worked with – it’s no coincidence we’ve continued this good form.”

The way the side are playing and the confidence in which they are playing, is no doubt helping with the incredibly positive mood in the dressing room.

However, the prospect of playing at Home Park, in front of the fans and not have to travel the length of the country is also helping.

Danny said, “I’ve spent a long time on that bus, it’s been mental, I’ve never seen anything like it.

“The fans have been incredible up and down the country and it’ll be great for them and us to be at home on Saturday.

“Home comforts are a big thing. Playing in front of the fans is, of course, incredible and they are a big reason why we are so good at home.

“But not getting on the bus and not seeing Joe play Uno for seven hours will be bliss.”