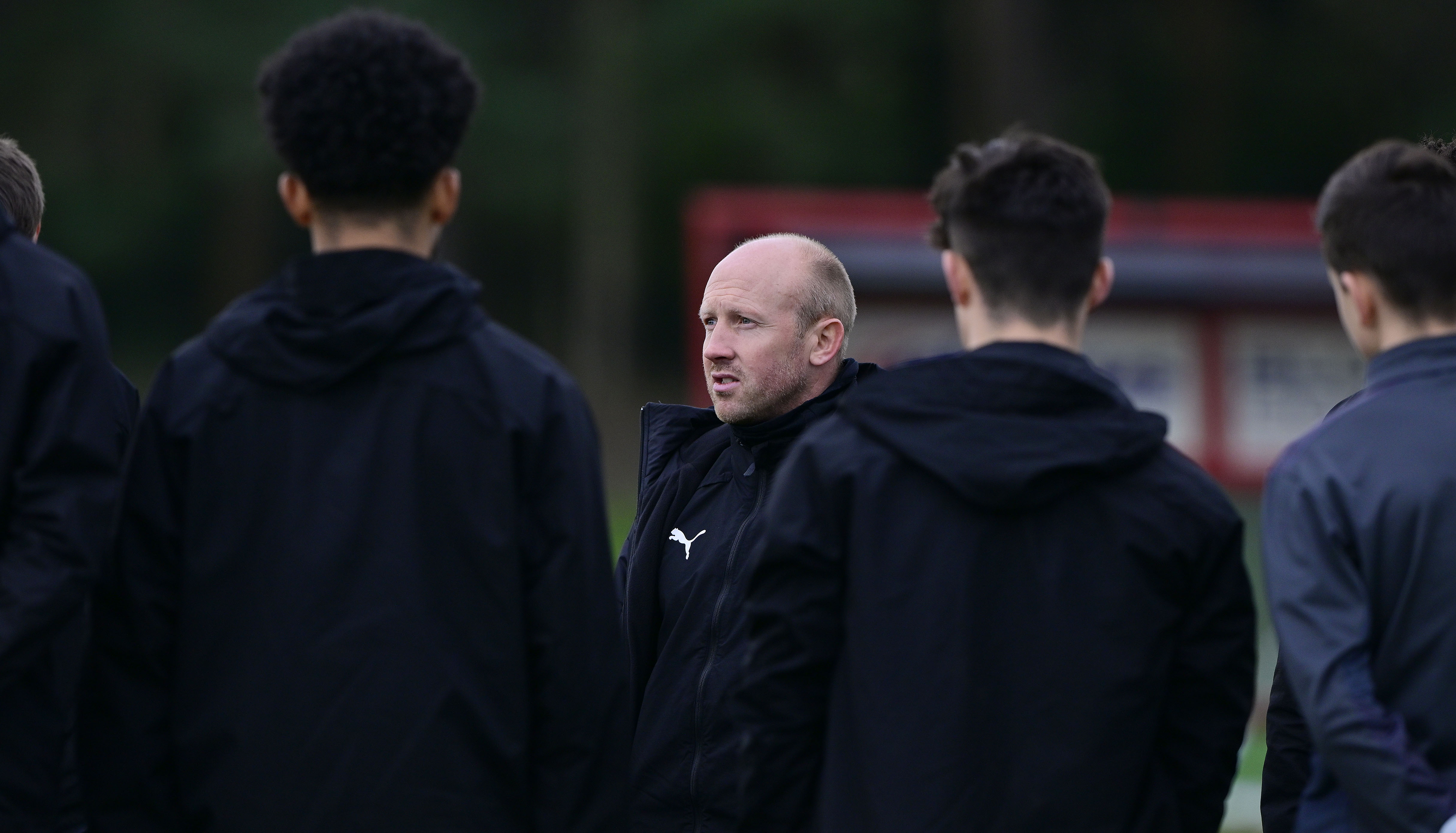 Darren Way praised the preparation of his side after the young Greens claimed all three points away to Cambridge United under-18s on a rainy afternoon.

The Academy made the five-hour long journey the day before, making it their first overnight stay of the season. And it was all worth it when Oscar Massey slotted an 88th minute winner.

“It was always going to be interesting how the players travelled and staying overnight,” Darren said reflecting on the weekend, “I thought the preparation was excellent in Max Whittingham and his organisation and real attention to detail,” he continued.

“You hope the players turn up, concentrate and put on good performances and that’s what you’ve seen today. A real group of men.”

Argyle would have to wait until two minutes from full time when Massey displayed his composure, shuffling past the man in the box and slotting the ball away past the Cambridge goalkeeper, sealing the win in a match of limited chances.

Darren explained, “To keep a clean sheet and win the game in the 88th minute away from home, you have to give the players credit.

“I think it’s very rewarding for us staff too.

“For a team that’s scored 50 plus goals in their campaign, I can’t imagine they’ve played many games and not scored a goal.”

The weekend’s clean sheet was the young Pilgrims’ sixth of the season and third of 2022; a testament to the growing improvements instilled through Darren and his staff.

From tough conditions to long travel, Darren revealed what he thinks were the key learnings to take away from Saturday’s game, “I think the key thing is togetherness in difficult conditions.

“We add all the under-16s that travelled up, so Freddie Issaka, Harley Sneap, Jack Matthews, Kieran Edworthy, they were all involved.

“They got the opportunity to see what under-18s football is like at what I think is a higher level than the Youth Alliance league.

“Overall, really pleasing and a really good start to the new campaign.”