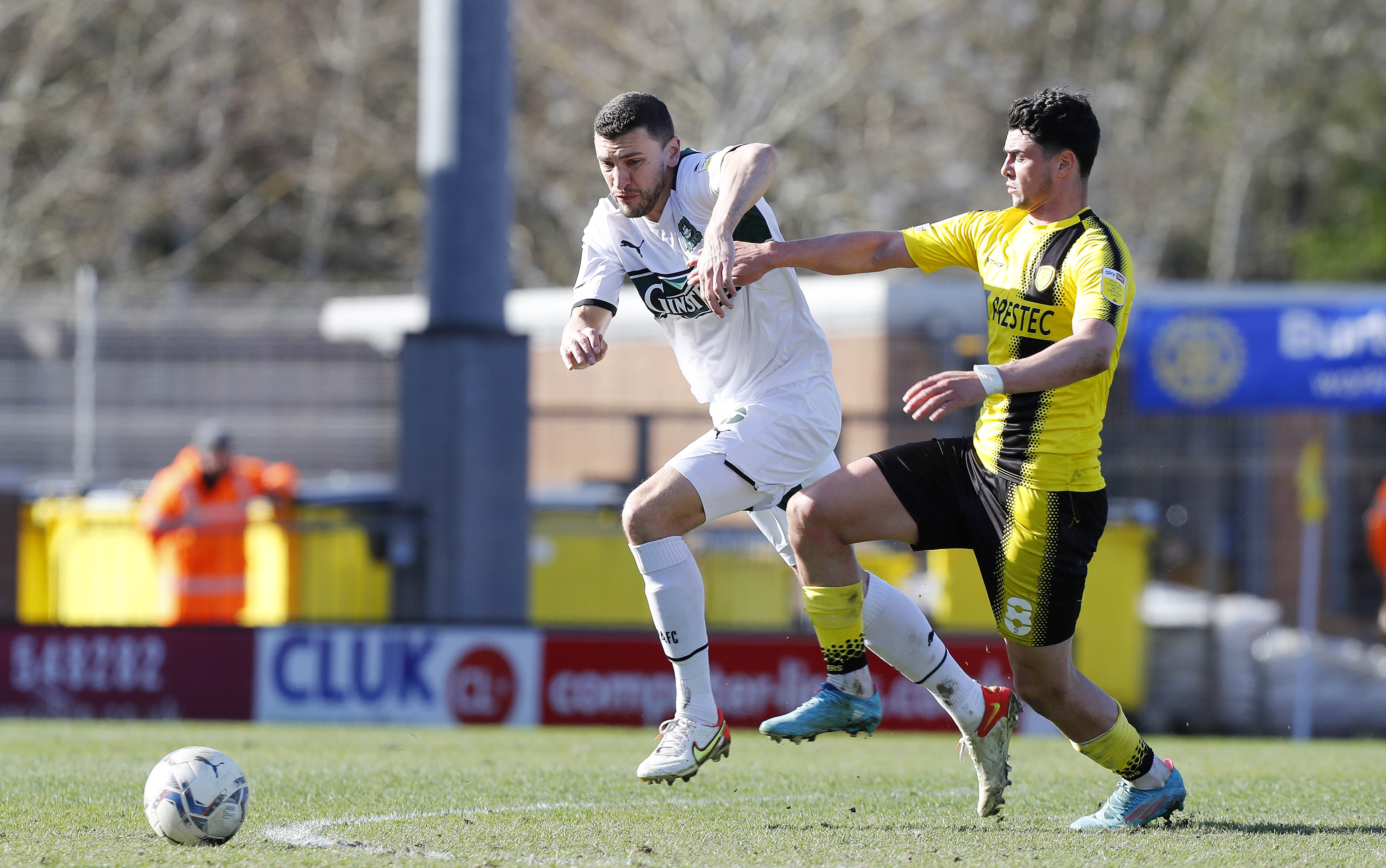 James Wilson was proud of the defensive effort from the Greens in their 0-0 draw with Burton Albion on Saturday.

The shutout was the eighth time in the last nine matches that they have not conceded a goal and despite feeling disappointed to not win the game, James came away with plenty of positives.

He said, “We’re proud of the defensive record, the credit has to go to the whole team though, not just the defenders.

“It helps that we have Michael [Cooper] behind us because he is different class, he’s so good.

“Also, the information the gaffer and the coaches give us makes it easier for us to go out and perform - thankfully we are doing well at the moment.”

The point sees Argyle extend their good run of recent form, but it could have been more.

Joe Edwards felt he had given the Greens the lead in the second minute, but the ball was not adjudged to have cross the line as John Brayford cleared his header away.

James had a clear view of the incident and felt it should have stood.

He said, “For me it was way over the line, simple as that. That’s frustrating but it didn’t go our way.

“We’re disappointed not to win the game, we’re a little frustrated but looking at the positives, we have another clean sheet, it’s another point but it was a difficult game.”

Although that frustration was clear to see on James’ face after the game, it’s another point for the Greens, who have moved to 78 and stay fourth in Sky Bet League One.

That message was reiterated by many of the squad, as they made their way from the Pirelli Stadium on Saturday.

James was no different, he said, “I think most other seasons, 78 points would be enough to get into the play offs and I think that just shows the quality of the top teams in the league.

“We need to have a couple more results and we want to play well, so are really looking forward to the next four games.

“We did have a couple of decent chances today and, I think, are probably quite unlucky not to win the game.”

Another big plus from the game was the support of the travelling Green Army.

So often this season, they have helped Argyle over the line with their incredible support.

Even though the win didn’t come on Saturday, James is sure the supporters will have a big part to play in the final four games.

He said, “It felt like a home game to be honest. The fans have been incredible and have been with us the whole way.

“We are going to need them for the next few matches.”