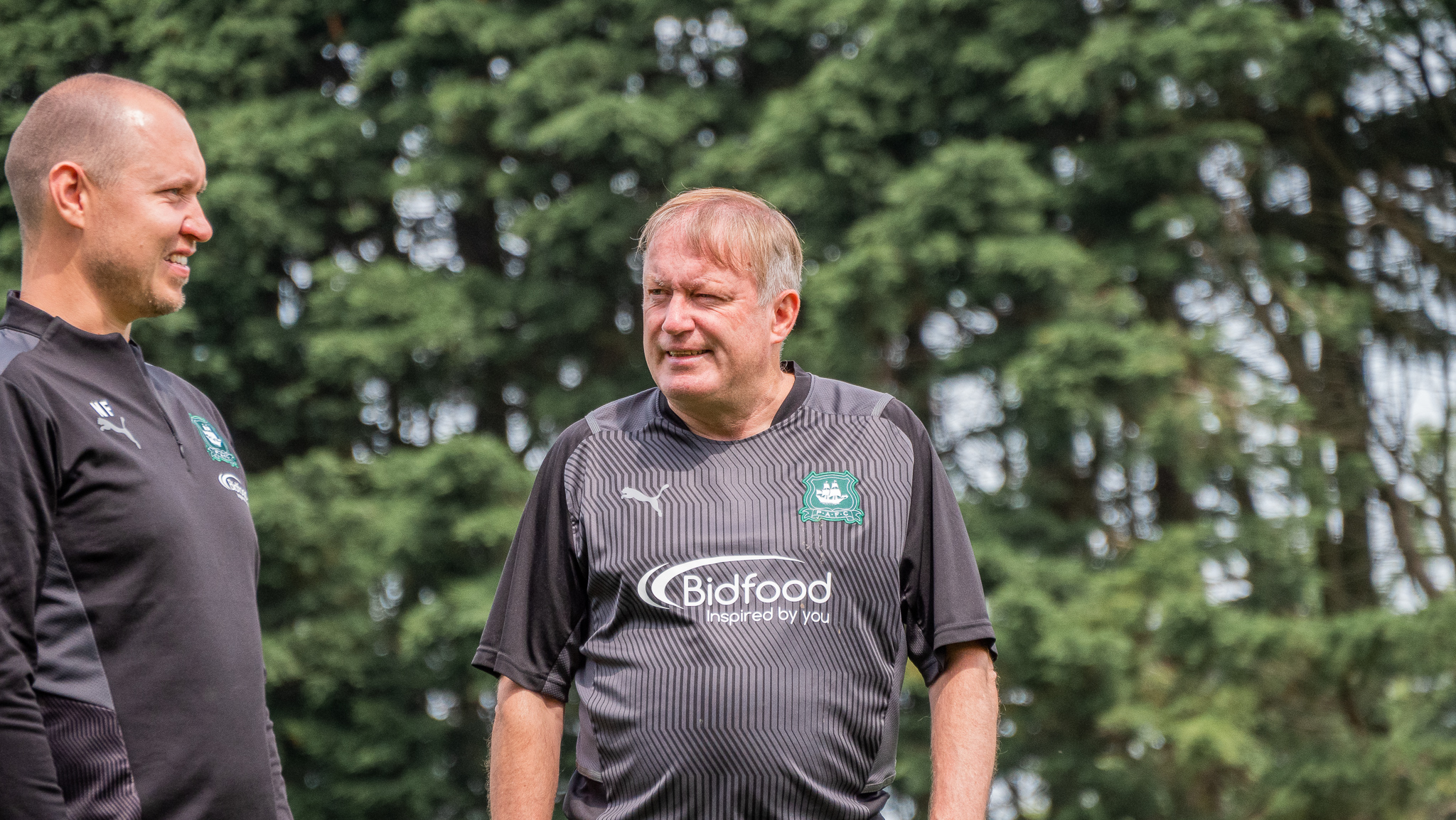 With the first day of pre-season training fast approaching, excitement is beginning to build for the start of the 2022/23 Sky Bet League One season.

Even though the players have been away from Home Park, getting some well-deserved rest, it doesn’t mean that the football side of the club has shut down.

Behind the scenes the likes of Director of Football, Neil Dewsnip, Head of Recruitment, Jimmy Dickinson and manager Steven Schumacher have been hard at work trying to identify new recruits to improve the squad this year.

And the first bit of business may not be that far away, “We are pretty close with something being quite imminent,” Neil revealed.

“We have been working hard all summer, talking to different people, trying to find the right fit for us and the fans will see that work very soon.”

The process in which Argyle go about their transfer business is widely known and has been successful in recent times.

The relationship between the club and data analytics company MRKT Insights has been a big part of the recruitment policy and Neil feels that the process is working well.

He said, “We work with MRKT Insights in identifying targets that are appropriate for us and once we have them identified, we go about trying to get them.

“Over the last couple of years, we have created a profile of the type of player we want to bring to the club. That profile is based around their technical and tactical abilities, their physical and mental capabilities and also their personality and social mindset.”

Contrary to some reports in the media, Argyle are continuing to explore all avenues of transfer activity, in line with strategy implemented by the club. This includes permanent additions to the squad, backed by an increased football budget, as well as the loan market, where appropriate.

Neil said, “We want to get the right person in and that could be anyone. It could be a player under contract at a club elsewhere, it could be a free agent, or it could be someone who has been made available for a loan signing.

“If they are going to improve Argyle and fit our recruitment profile, we will try and get them to Home Park.”

Last summer saw 10 players join the club, with the majority of them signed before the start of pre-season.

Although there aren’t the same number of early dealings this time around, Neil is confident that the work he, Jimmy and Steven have been doing in the past few weeks, will mean the squad is un a good place heading into the season.

He said, “We are not attempting a major overhaul. We have got 22 players under contract, and what we know is the vast majority of that group got us to seventh place and a bit of a hard luck story.

“We have to be intelligent in the market, and that's what I think we would like to be, we know that we don't need to change a load unnecessarily and we do not intend to.

“We are just looking for a couple of fine tunings that can hopefully make us just a little bit better this year.”