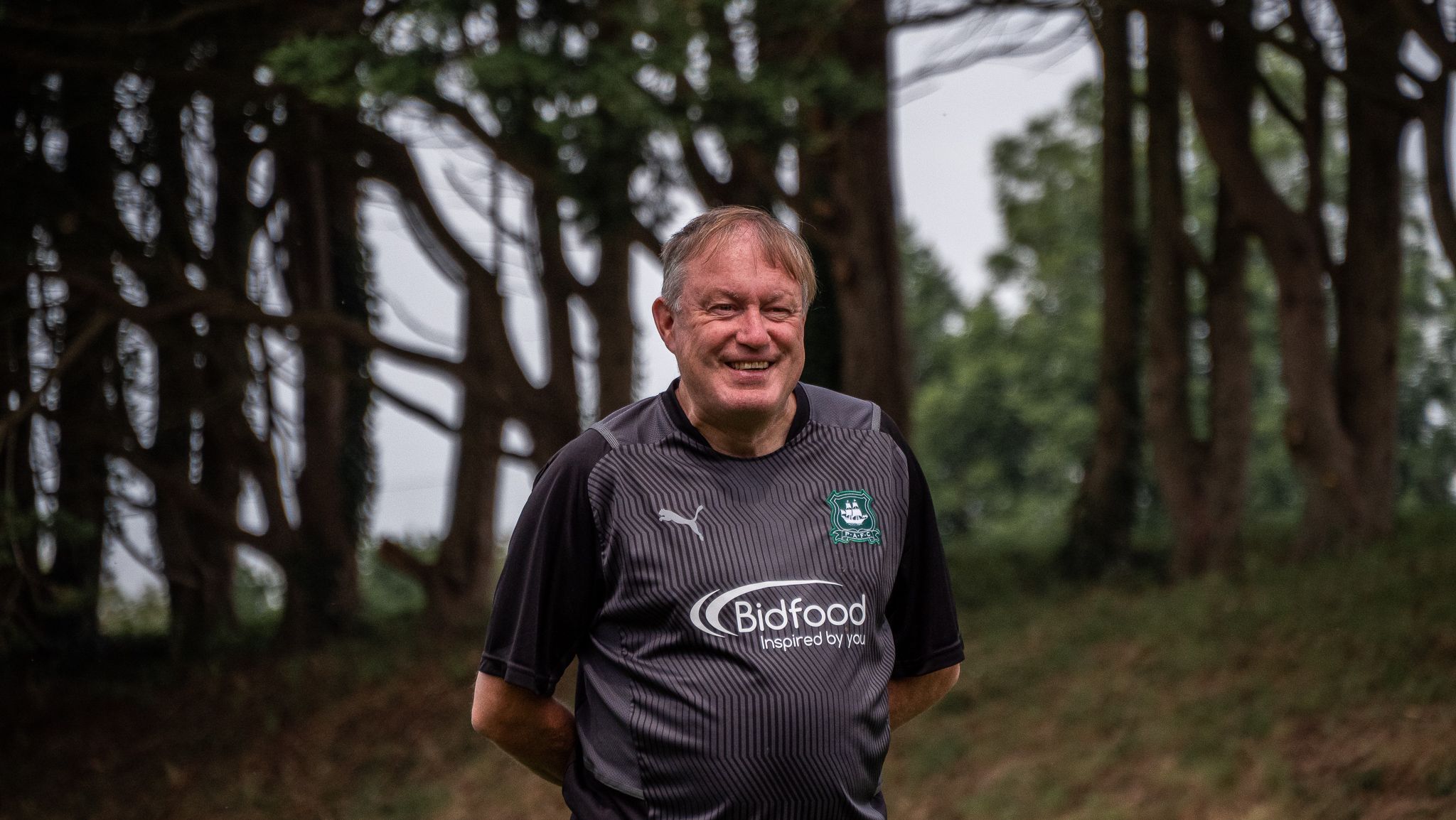 Dewsnip excited by run in

As Argyle head into the final six games of the regular Sky Bet League One season, the focus of everyone at the club is aligned to making sure it will be a memorable one for the Greens.
That is the view of Director of Football Neil Dewsnip, who has heralded the progress made by first team staff and player at Home Park.

“Just how well have we done? We’ve done ever so well this season.

“Steven, the players and staff will obviously be looking at making the play offs but I can guarantee that won’t be enough, we all want to go and win them.

“Steven Schumacher has grabbed those reins and done so, so well. He has taken what Ryan Lowe did before him and taken it further.”

The Greens currently sit fourth in Sky Bet League One with a haul of 74 points to their name.

In the past five seasons, that would already be enough to have secured a spot in the end of season play offs.

However, with the top of the division so tight this year, no one inside the Home Park dressing room is taking anything for granted.

“With six games to go, everybody, myself included, has a view of how many points are needed.

“I would like to think that if we got another six points, that would definitely be enough, but in all honesty, I don’t think anyone knows for sure.

“Football people are very cautious, the minute you start feeling you’ve nailed it, more often than not, you haven’t.

“Morale is incredibly high and there is a belief that this can be done but that isn’t over confidence.

“I think if you look back to last Saturday, off the back of what has been an unbelievable run, the result at Ipswich is that reminder that we haven’t cracked it just yet.”

Having entered the final month of the season, Argyle still have five matches against promotion rivals left to play.

They have home games against Oxford United, Sunderland and Milton Keynes Dons, on top of trips to Wycombe Wanderers and Wigan Athletic.

Decent results in those games would not only give the Greens' chances of promotion a boost, it will also have an impact on the other sides' aspirations.

“It shows how strong the teams at the top of the table are this year - nine teams will probably think they still have a chance.

“I know everyone is pulling in the right direction, has the same goal in mind and it is a fantastic place for Argyle to be in.”

Neil believes that everyone associated with Argyle has had an impact on the success of the side this season and can feel proud of what has already been achieved.
Having consolidated their spot in Sky Bet League One last season, the club has accelerated beyond many people’s expectations despite a number of hurdles that have been put in their way.

13 new players have come through the door, four new staff have been integrated into the backroom and, of course, there has been a change of manager.

“The club has grown in so many different ways, the first team, staff, players and supporters are having a wonderful year and that just adds to the excitement.

“I think you have to find a little bit of resilience, as well, to be successful and you’ve seen that in this side.
“You have seen so much change with Keith Downing, Mark Hughes and Elliot Turner coming in during the season.

“Nick Fulton joined the club in the summer and of course Steven is a rookie manager, you cannot underestimate just how important it was to make sure this didn’t affect the players.

But what is the key to maintaining this good form over the next month to ensure the season ends in a successful way?

Well, Neil may not have the definite answer to that, but he is confident Steven, his coaches and players will find a way to make it happen.

“What I do definitely know is that we need to, and will, have, a really strong performance against Oxford United on Saturday.

“It’s not a surprise to me that we are well equipped to go toe to toe with the best in the division and its obvious the processes we’ve had all season appear to be working.

“I would hope that there won’t be too many changes over the next six games, because we’ve been doing okay haven’t we?”