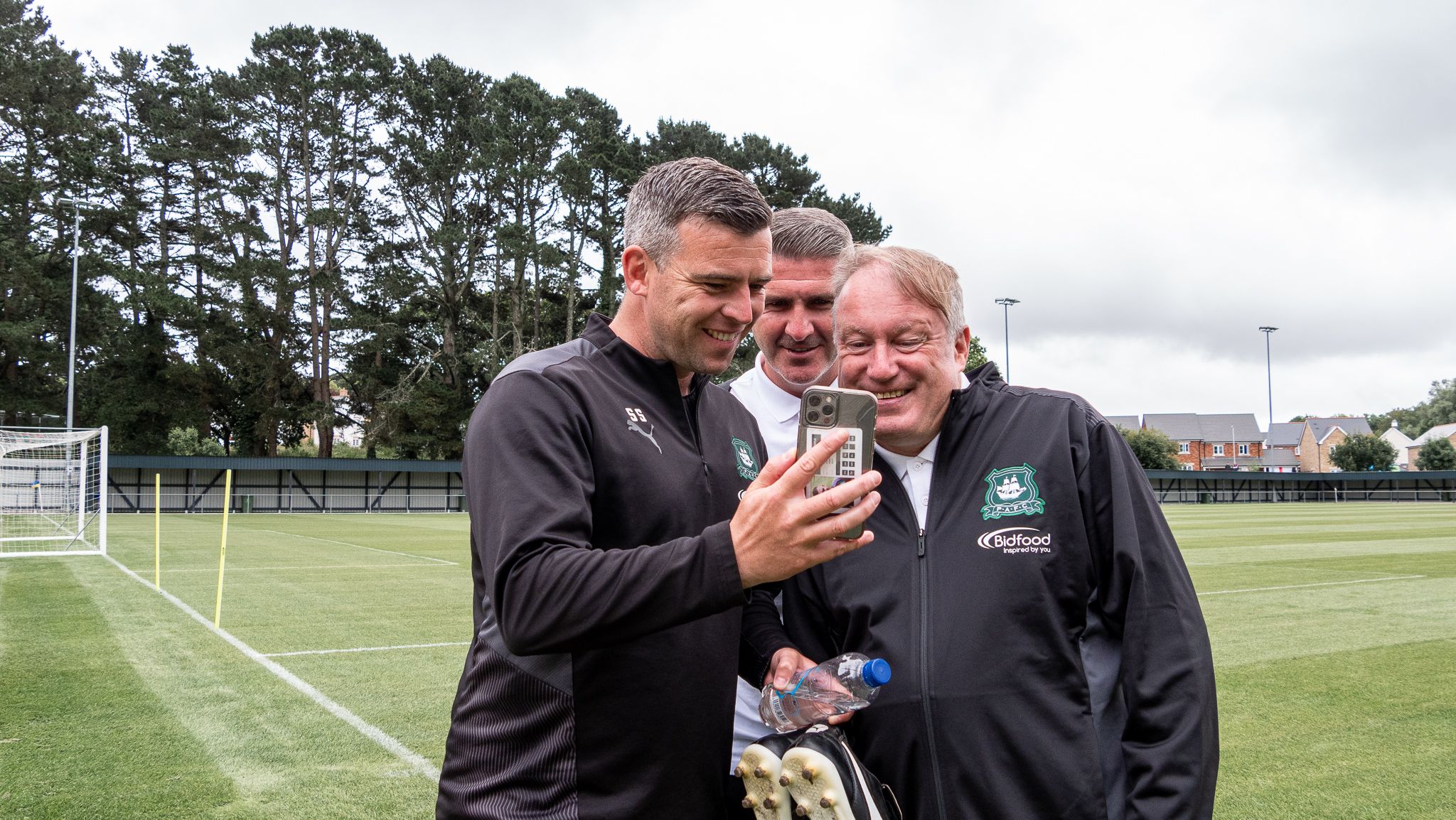 Dewsnip Heads to the Olympics

Argyle’s Director of Football Neil Dewsnip is a man with a decorated career in football.

As a teacher, his former students include Karl Robinson and Steven Gerrard, he has worked as a youth coach at Everton for over 17 years, and has overseen the development of the best players in the country in his role with England and the FA.
And now, adding another achievement to his sparkling CV, he’s heading off to the Olympics.

Neil said: “It’s amazing really. I've been lucky so far in my career to have some fantastic moments at both club level and then more recently at international level with England.

“To have an opportunity to go to an Olympic Games is crazy.”

Neil has been asked to help the Canadian Women’s head coach Bev Priestman as well her coaches during the two-week tournament in Tokyo.

He said: “Bev gave me a call and said that she wanted me to come to the Olympic Games to mentor her and her staff.

“I said ‘wow, I’d love to do it’ but I just needed to check with Andrew Parkinson and Ryan Lowe and see if they're OK with it.

“I never even finished the sentence, the minute I mentioned this opportunity and the Olympics they both said what a great opportunity it was.”

Bev and Neil are no strangers. The Canadian head coach was Phil Neville’s assistant during his time in charge of the England Women’s side.

From time to time, Neil was invited into the camp to give guidance and assistance to Neville, who worked with Neil at Everton. This is how the relationship was formed with Bev and led to that phone call.

Neil jets off to Tokyo on Saturday and will spend up to three weeks at the Games, depending on how well the side performs.

As well as helping the coaching staff and passing on his expertise, Neil is hoping the opportunity will give him some ideas and thoughts that he can bring back to Home Park to help improve operations at Argyle.

He said: “I’m very proud to represent Argyle at the Olympic Games that's for sure. I’ve got a couple of Argyle pin badges that I will wear on my tracksuit.

“I want to bring back what is the leading edge of sport and sports practice back into Argyle. It might be around sport science, it might be tactical awareness.

“I am going to do a big report to bring back to share with all the staff at Argyle.”

Despite being over nearly seven thousand miles away, Neil will be keeping a close eye on what is happening back here at Home Park.

There is still a month of pre-season to go before the start of the new Sky Bet League One season and the work will not stop.

He said: “Ryan [Lowe] and I speak three, four, five, maybe even more times a day and that will not change. I’ll be all over Argyle’s progress, we’ve started really well the first couple of weeks. We’ve got a really good, challenging pre-season programme which is exactly how we want it.”

Canada’s women have been drawn in Group E for the competition which starts on Wednesday 21st July alongside hosts Japan, Chile and Team GB.