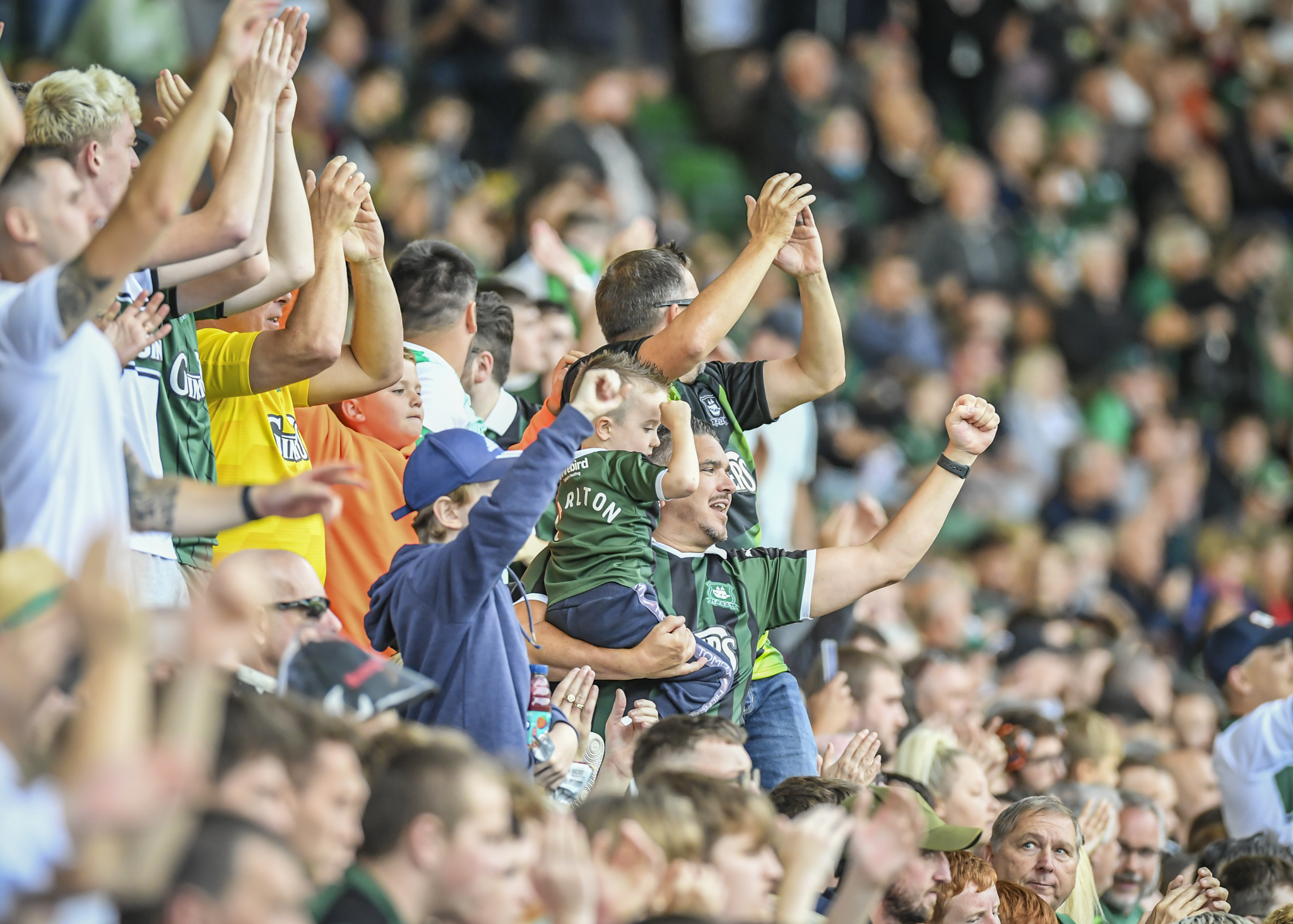 Tickets for the Greens' next two home Sky Bet League One games against Doncaster Rovers and Crewe Alexandra are on general sale now.

13,500 supporters were treated to an attacking masterclass by Ryan Lowe's side at the weekend, with the Pilgrims putting in an outstanding performance to put three past Sheffield Wednesday and climb to the edge of the play-off places.

After trips to AFC Wimbledon and Portsmouth, the latter available to stream live on Argyle TV, the Greens host Doncaster Rovers on Saturday, 25 September with a 3pm kick-off, before taking on the Alex under the Home Park lights on Tuesday, 28 September in a fixture dedicated to our NHS heroes. Click here for more information.

Meanwhile, the Ticket Office team at Home Park are awaiting receipt of tickets for the Greens’ upcoming trips to AFC Wimbledon and Portsmouth - although the south-coast clash with Pompey is also available to stream live on Argyle TV.

We will update supporters as soon as we have more information, and thank the Green Army for their patience.