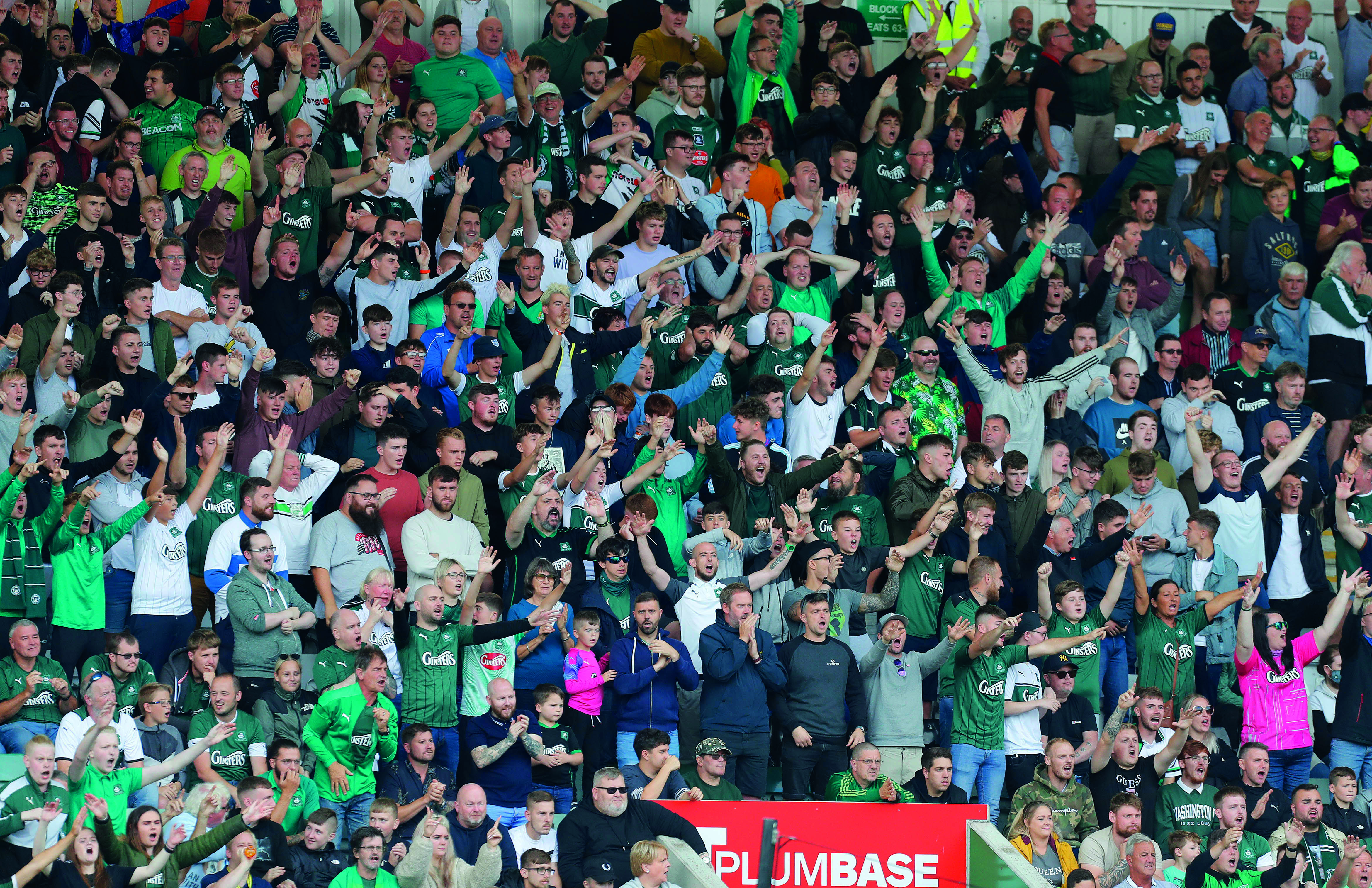 Tickets for the Home Park double-header against Doncaster Rovers and Crewe Alexandra will go on sale to Flexi Ticket holders and Big Green Lottery members from Monday, 6 September, at 9.30am.

Having made a strong start to the 21/22 Sky Bet League One campaign, the Greens host Doncaster on Saturday, 25 September with a 3pm kick-off, before taking on the Alex under the Home Park lights on Tuesday, 28 September (7.45pm kick-off).

Flexi ticket holders and Big Green Lottery members will be able to redeem one ticket (per flexi ticket/membership) during the priority period, with tickets going on general sale from 9.30am on Monday, 13 September.

Attendances have been strong at Home Park throughout the campaign so far, with five-figure crowds reached for all the Pilgrims’ competitive fixtures at the Theatre of Greens, and a big crowd expected for the visit of recently relegated Sheffield Wednesday on Saturday, 11 September.

Meanwhile, the Ticket Office team at Home Park are awaiting receipt of tickets for the Greens’ upcoming trips to AFC Wimbledon and Portsmouth - although the south-coast clash with Pompey is also available to stream live on Argyle TV.

We will update supporters as soon as we have more information, and thank the Green Army for their patience.