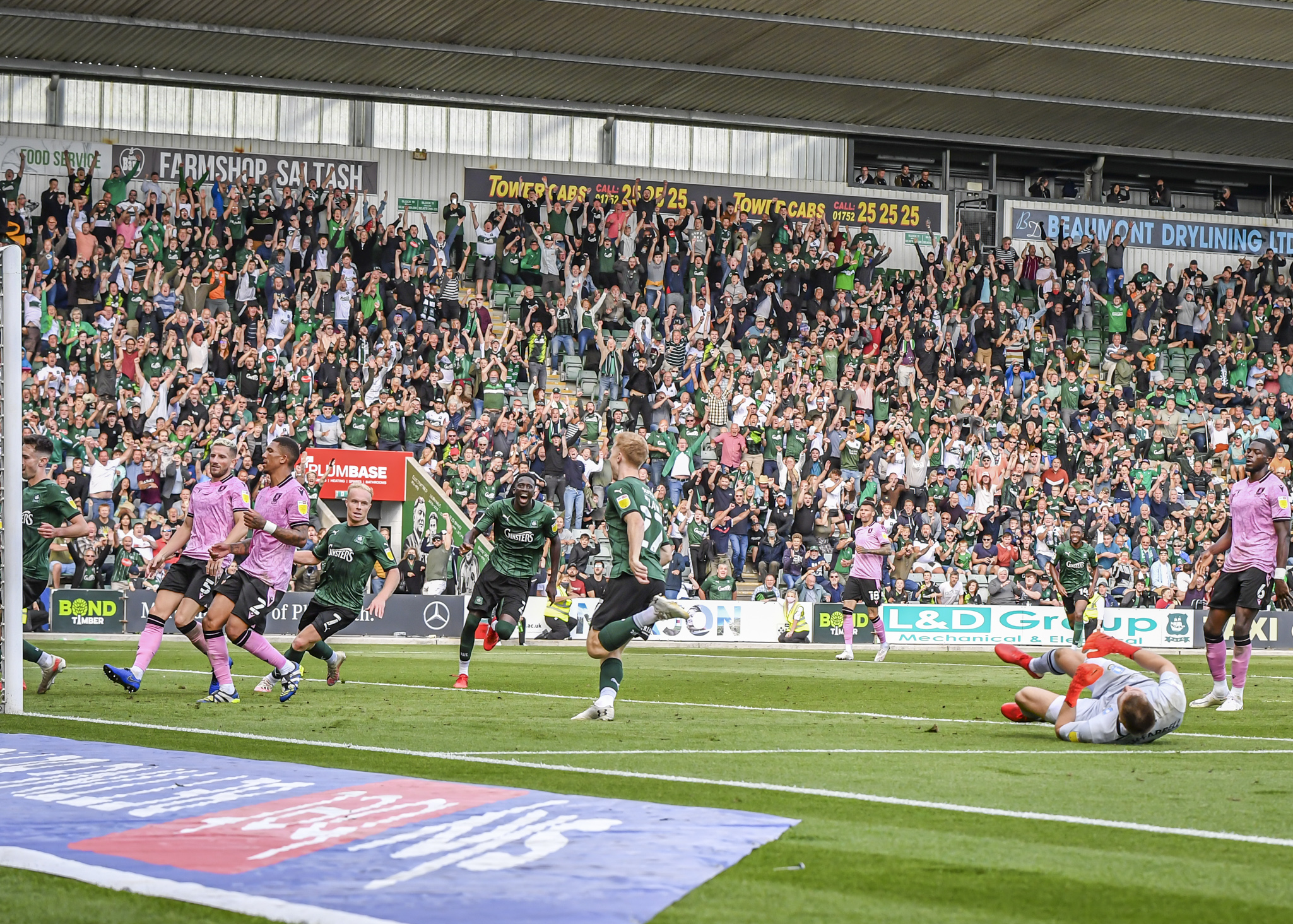 13,500 supporters were treated to an attacking masterclass by Ryan Lowe's side in the last fixture at Home Park, with the Pilgrims putting in an outstanding performance to put three past Sheffield Wednesday.

After positive trips to AFC Wimbledon and Portsmouth, where four league points were collected on the road, the Greens host Doncaster Rovers on Saturday, 25 September with a 3pm kick-off.

Tickets can be purchased from argyletickets.com, by calling 01752 907700, or by visiting the Home Park Ticket Office during opening hours. Buy your tickets in advance to avoid the £2 match day price increase.