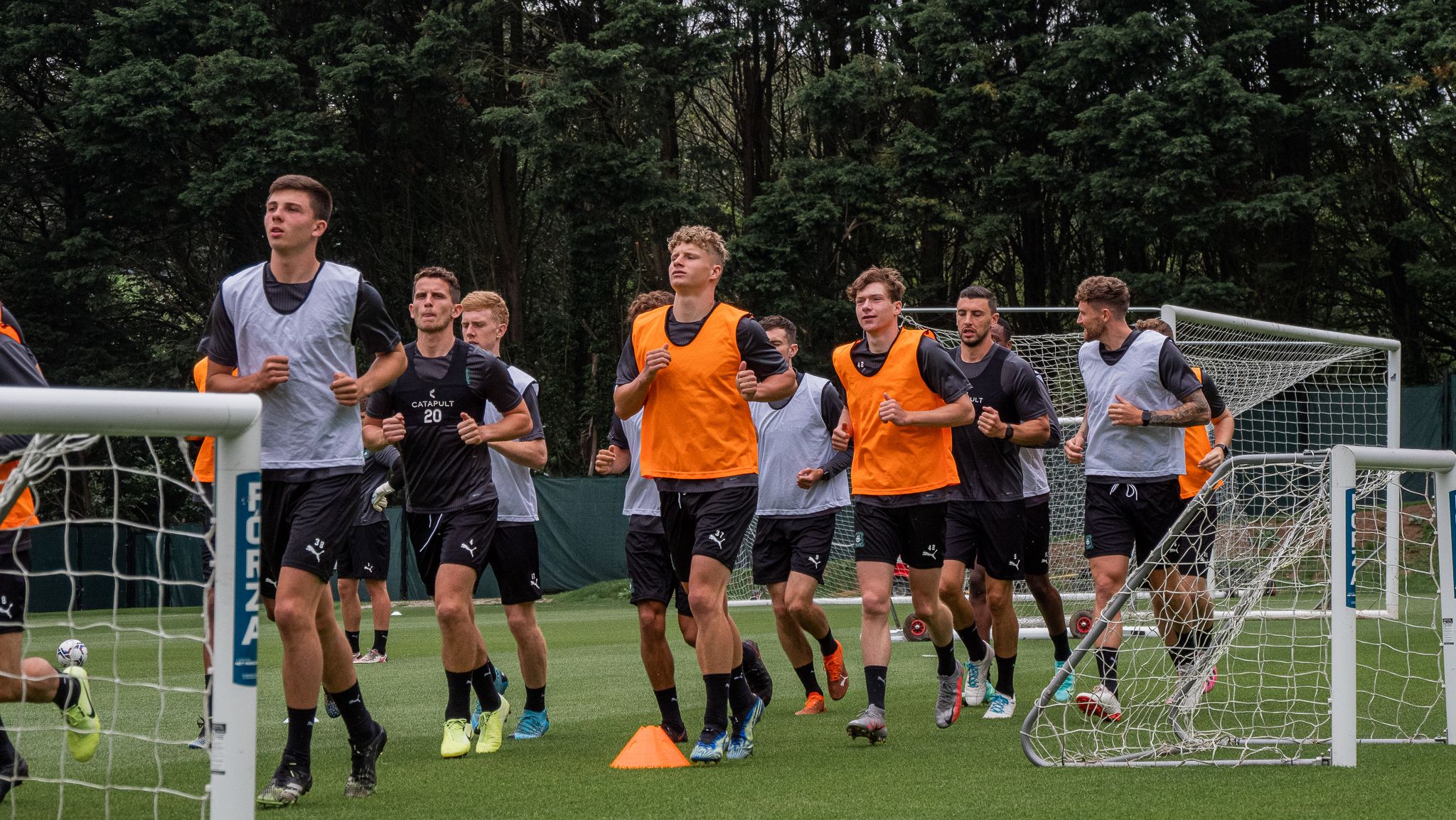 Argyle travel to Plough Lane for the first time on Saturday to play AFC Wimbledon in Sky Bet League One.

The Pilgrims are currently enjoying a fine run of form, unbeaten since the opening day of the season and fresh off the back of a 3-0 home triumph over Sheffield Wednesday.

Ryan Lowe’s side put in a fine performance against one of the division’s most fancied sides, with Joe Edwards, Dan Scarr and Ryan Law getting the goals.

It means that the Greens’ only loss in the league this season came on the opening day against Rotherham United and in the five games since that 2-0 loss, Argyle have conceded just two goals.

The defensive solidity has been a big plus for the Pilgrims so far and manager Ryan Lowe hopes they’ll be able to continue their form.

Speaking before the game, he said “Our lads have set the standard. Every day, they have been outstanding and long may that continue.

“Listen, we will concede goals, whether that’s good play from the opposition, from a penalty or a free kick. But we try and one of our main focuses is keeping the back door shut.

“Keeping clean sheets is their job but I have to say they are doing their jobs fantastically and hopefully that continues on Saturday.”

AFC Wimbledon have also started strongly and are the top scorers in Sky Bet League One with 15 goals from seven games.

For all their quality going forward they do leave themselves open at the back and have conceded 12 goals so far this season, only Ipswich Town with 15 goals against have conceded more.

They are currently in fourth position in the table after a dramatic injury time win over Morecambe last weekend.

The game finished 4-3 to the Dons with Ayoub Assal scoring deep into stoppage time at the Mazuma Arena.

Like Argyle, Wimbledon have only lost once in the league so far this campaign, a 1-0 loss at the Stadium of Light to leaders Sunderland in August.

They are unbeaten at Plough Lane, drawing two and winning one of their three matches there.

Although this will be Argyle first visit to Wimbledon’s new home, they have had relative success when travelling to play the Wombles.

Of the eight league games played in south-west London only once have Argyle lost – a 2-1 Wimbledon triumph in December 2018.

The game last season saw a thrilling 4-4 draw at Kiyan Prince Foundation Stadium with Argyle coming from 4-2 down to rescue a point.

George Cooper, Conor Grant, Niall Canavan and Dom Telford were on target for the Pilgrims that day, who beat Wimbledon 1-0 in the reverse fixture in April with Sam Woods scoring his only goal for the club.

AFC Wimbledon boss Mark Robinson has said that he will check the fitness of midfielder Jack Rudoni ahead of the game. The 20-year-old missed the Dons 4-3 win over Morecambe last weekend.

Defender Paul Kalambayi is definitely out for the hosts who will also be without Paul Osew, but they could be boosted by the return to fitness of Luke McCormick and Dan Csoka.

The Pilgrims will once again be without injured pair James Bolton and Niall Ennis with George Cooper also expected to be missing.

Danny Mayor was named on the bench for the win against Sheffield Wednesday last weekend and is again likely to feature.

The fixture is an all-ticket affair and is sold out for Argyle supporters. Fans are being requested not to travel if they don’t have a ticket.

Tickets booked for collection, will be available from the Home Park Ticket Office until 3pm on Friday 17 September. After this, all remaining tickets will be sent to Wimbledon for collection on the day of the game.

Collections for these tickets will be from the Away Turnstiles from @1:30pm.

The Miles Away supporters coach will be leaving Home Park, outside the Devonport End at 7am for fans who have booked travel.