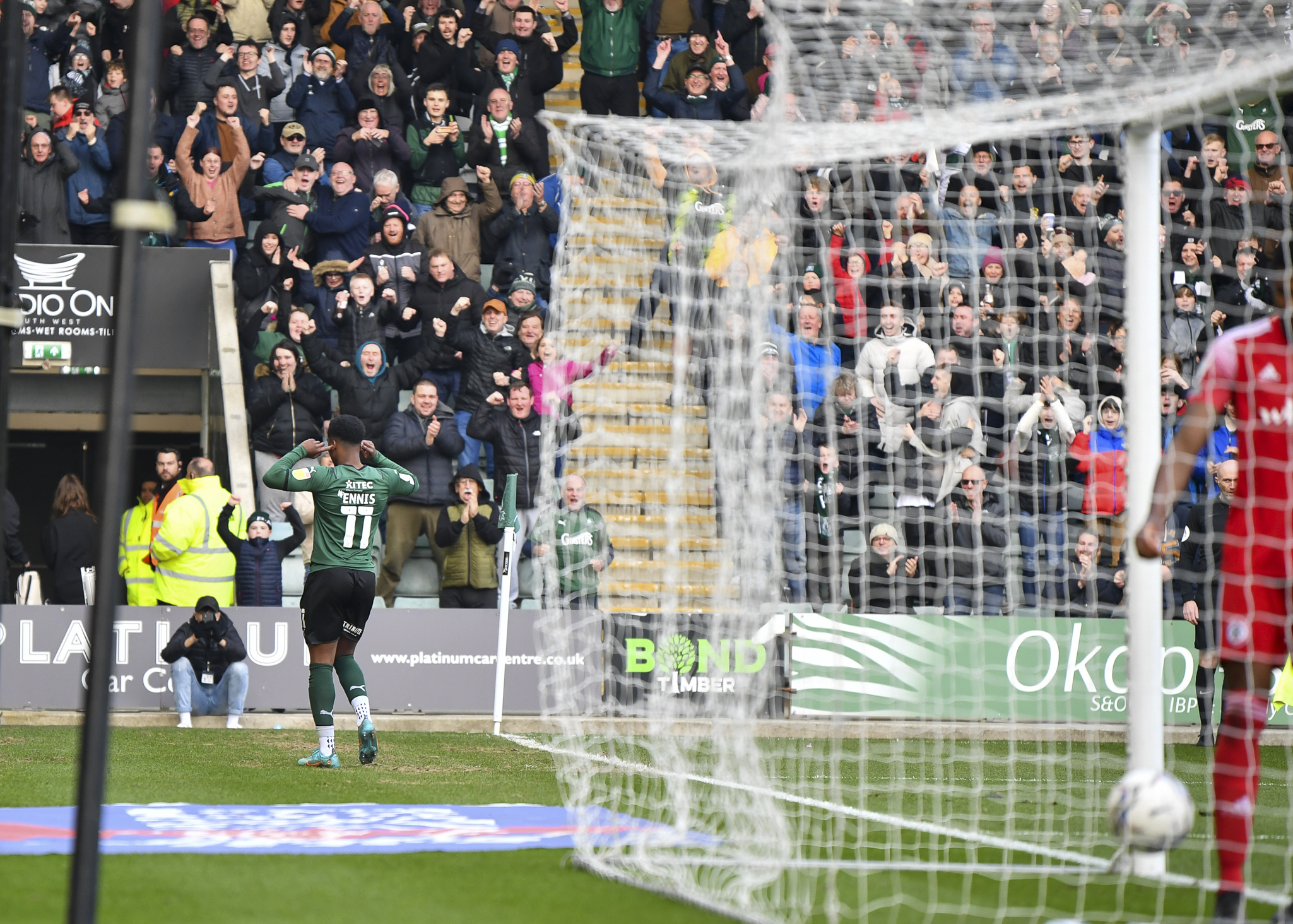 Ennis thrilled to get among the goals

Following Argyle’s 4-0 victory over Accrington Stanley on Saturday, one of the Greens’ goal scorers, Niall Ennis, spoke of his joy of continuing their push up Sky Bet League One table.

The Pilgrims have climbed a place to fourth in the division, but Niall admitted they need to continue to pick up results in the final eight games of the season.

“We said, as a team, we didn’t even feel like we played to our best,” Niall said, “so that shows where we’re trying to get to.

“Winning 4-0 at home and still wanting more; that shows that we have high standards.

“It shows that the mentality in this team is just ‘keep going’, even when it’s a tough game.

“Teams know what we can do now so they’re always going to try and find a blueprint to beat us, but it’s just about having that patience to just find a way.

“We’ve had a few 1-0 wins in the past few games so it’s good for the fans that there were a few goals today.”

Niall’s goal was the third of the afternoon, with Panutche Camara, Joe Edwards and Ryan Hardie also getting on the scoresheet, and he was thrilled to be able to contribute to the win.

“As I was coming on, Keith was saying ‘just add some energy’ because the game was fading away, so I just needed to inject some energy into the team.

“I thought I did that and thought I took my goal well.

“I knew I hit it well, and if you get it on target, the rest is history. I’m happy with the goal and I’m happy I came on and did what I was asked to do.”

With Saturday’s win seeing Argyle’s fifth win and clean sheet in a row, it is no question that the defence has performed outstandingly.

Niall was big in his praise towards his defensive teammates.

“People say defence wins your leagues and get you going places, so they need to get plaudits as well.

“If you get a clean sheet, the least you can do is draw and then it’s up to us to get the goals.

“All the units just need to keep this up now and finish the season strong.

“In this league, we’ve had some comebacks and been on the other side so it’s about scoring in moments to guarantee the win.

“The league is very tight. We just need to win every game, go in and try and get the results and just worry about each game as it comes.

“You don’t want to look too far ahead, but fourth is a good place to be in. We just need to keep this up.”