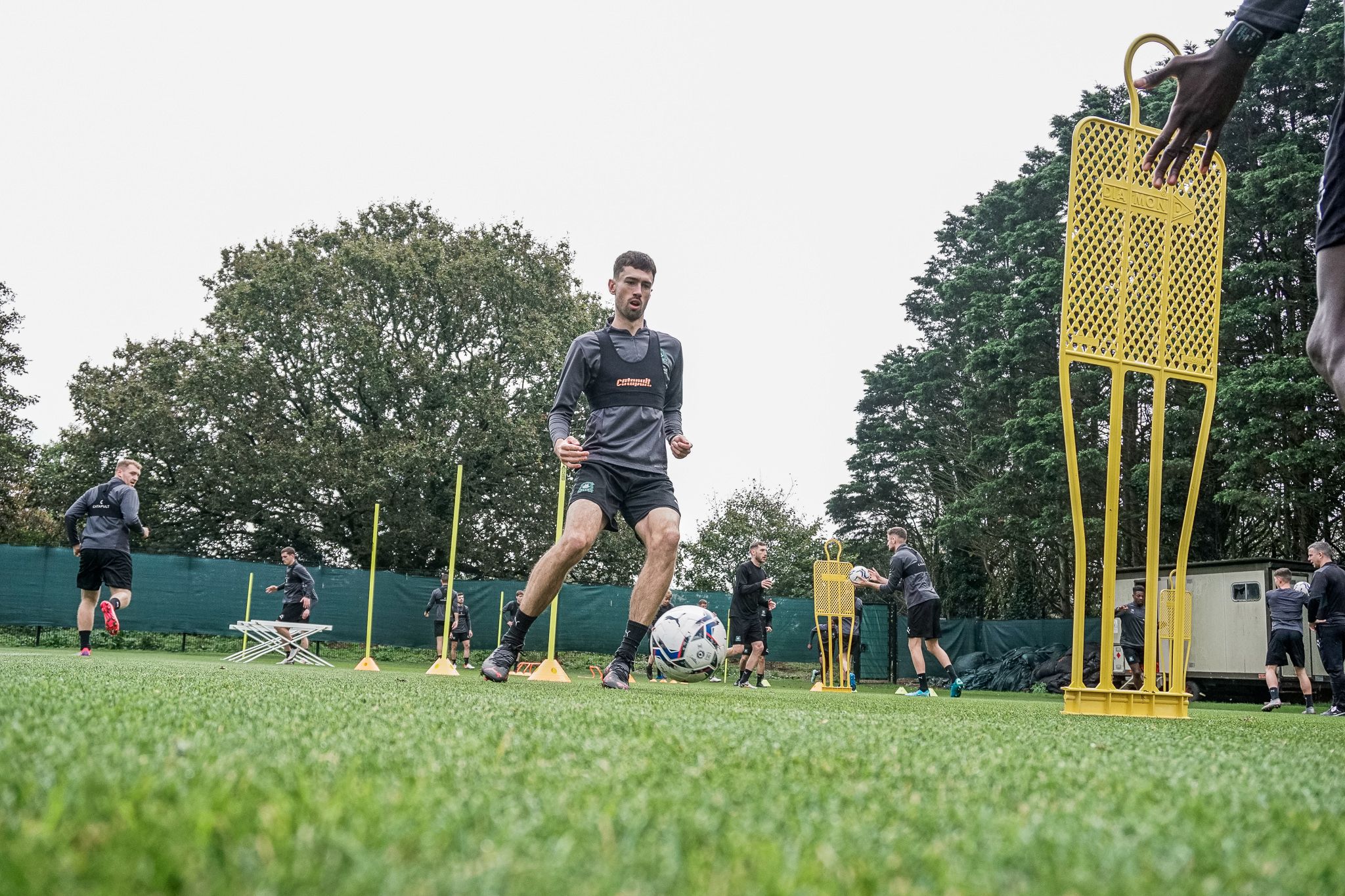 A sell-out crowd is expected inside Home Park as Argyle take on Ipswich Town on Saturday afternoon.

The Greens go into the game top of Sky Bet League One and unbeaten in 14 league matches.

A 1-1 draw last weekend against Morecambe kept that run going, with Danny Mayor scoring his first goal of the season.

That also kept up the impressive sequence of scoring in all but one game in the division so far and only Saturday’s opponent, Ipswich, have scored more than the Pilgrims in total.

The Pilgrims also boast the joint best home record in the league, with 18 points from the eight matches played, and are yet to taste defeat.

As well as being a meeting between the top two scorers in Sky Bet League One, Saturday also marks the 10thanniversary of Argyle coming out of administration.

The club as a whole has come a long way since then and is on its way to getting back to the position it was in when administration hit.

Ipswich Town have found form of late, winning three of their last four games and scoring 10 goals in the process.

A last-minute goal from Bersant Celina gave the Tractor Boys a 2-1 win over Fleetwood Town last weekend giving them their fifth win of the season.

There was a fair amount of change at Portman Road in the off season with manager Paul Cook bringing in 21 new players.

One of those was Zimbabwe international striker, Macauley Bonne, on loan from Queens Park Rangers and the forward is their leading scorer this season with 10 goals.

Goals haven’t been hard to come by for Ipswich; they scored six in a home win over Doncaster Rovers last month and put four past Portsmouth a fortnight ago.

In fact, they have scored in every league game so far this season.

Despite a slow start to the season, they seem to have found their form and manager Ryan Lowe is very aware of their threats.

Speaking ahead of the game he said, “This is why we want to be in this league. They are now picking up points which I knew they would.

“They have a fantastic squad; a fantastic manager and they are picking up where they should be.

“It will probably be a very entertaining game, both teams are scoring goals, it bodes very well.

“People will always call their own club’s big hitters. We respect anyone we play against but in the same sentence we don’t fear them.

“People will argue about budgets and histories, but it doesn’t really matter, it’s 11 against 11 and the best team who do the best things will normally go on and win.”

Saturday’s meeting will be the 49th in all competitions between the two sides, with Ipswich getting the better over Argyle in recent games.

They did the double over the Pilgrims last season, beating the Greens 2-1 at Home Park before getting a 1-0 victory at Portman Road.

You have to go back 10 years previously for the next time the two sides met, with Argyle winning in Suffolk – the only win over the Blues in the last 10 matches.

Argyle manager Ryan Lowe has no new injury concerns and has an almost fully fit squad to choose from.

Jordan Houghton will miss the game though, having picked up his fifth yellow card of the season last weekend at Morecambe.

Ipswich are in a similar position with no major injury concerns. Paul Cook has selected the same side for the last two league matches and is expected to do the same again on Saturday.

Tickets for Saturday’s game are in high demand with it expected to be a sell-out. For more information about what is still available visit or call the Home Park Ticket Office on 01752907700 or visit www.argyletickets.com.