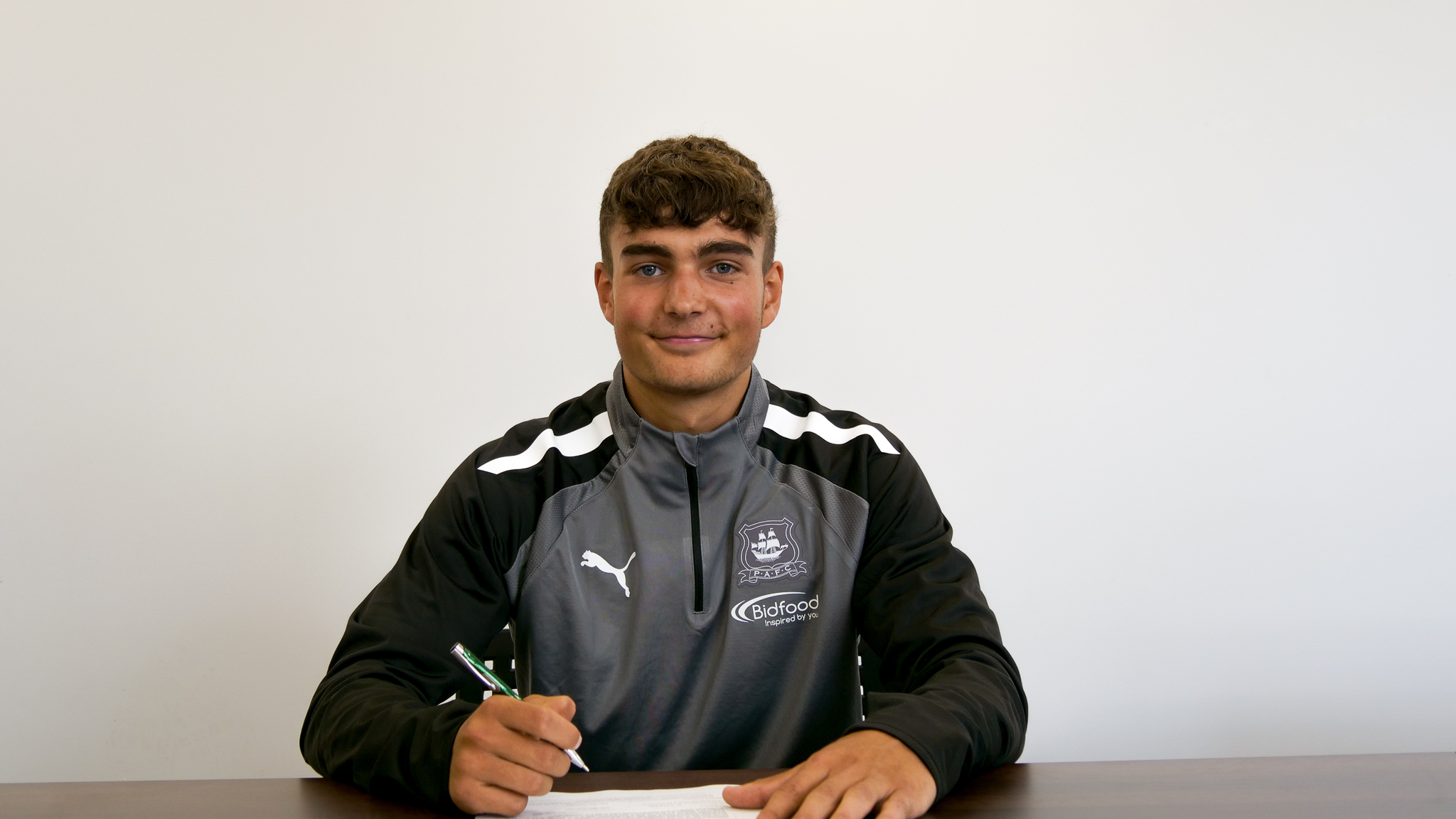 The Academy graduate, who has been at the club since the age of seven, made a huge impact whilst on loan to city neighbours Plymouth Parkway last season, helping them to promotion to the Southern League Premier Division.

Fin is a versatile player, who can play in midfield or in defence, and has incredible energy.

He made his Argyle debut in the Papa John’s Trophy against Newport County AFC in November 2020 and then made his EFL bow later that season.

He featured as a second half substitute in Argyle’s final game of the 2020/21 season at Gillingham.

His impressive performances at Parkway last season have led to him being offered his first pro deal and he is likely to be included in Argyle’s pre-season plans.

On signing his first deal, Fin said, “I am really happy; it’s been a long journey for me up until now and I just can’t wait to get going.

“I started at under-8s, so that’s been 11 years. I am really grateful for everything I’ve been through, all the coaches that have helped me get through, it’s been really special.

“We’ll see how pre-season goes, I’d like to be able to stay around the first team this season but I also don’t think going out on loan would be a bad option for me either.

“Having been part of the club since under-8s, Fin should be seen as an inspiration to all of the current Academy players of what can be achieved.

“He has worked really hard on his game in the last few years since I have been at the club, and he has improved massively.

“Fin’s loan spell last season at Plymouth Parkway was a great experience for him and a huge learning curve.

“I also want to congratulate Kevin Nancekivell, Phil Stokes and all of the other Academy coaches who have helped in Finley’s development over the years.

Finley’s home and away shirts for the 22/23 Sky Bet League One campaign will be sponsored by Andy and George Symons. For more information email commercial@pafc.co.uk or call 01752302204.