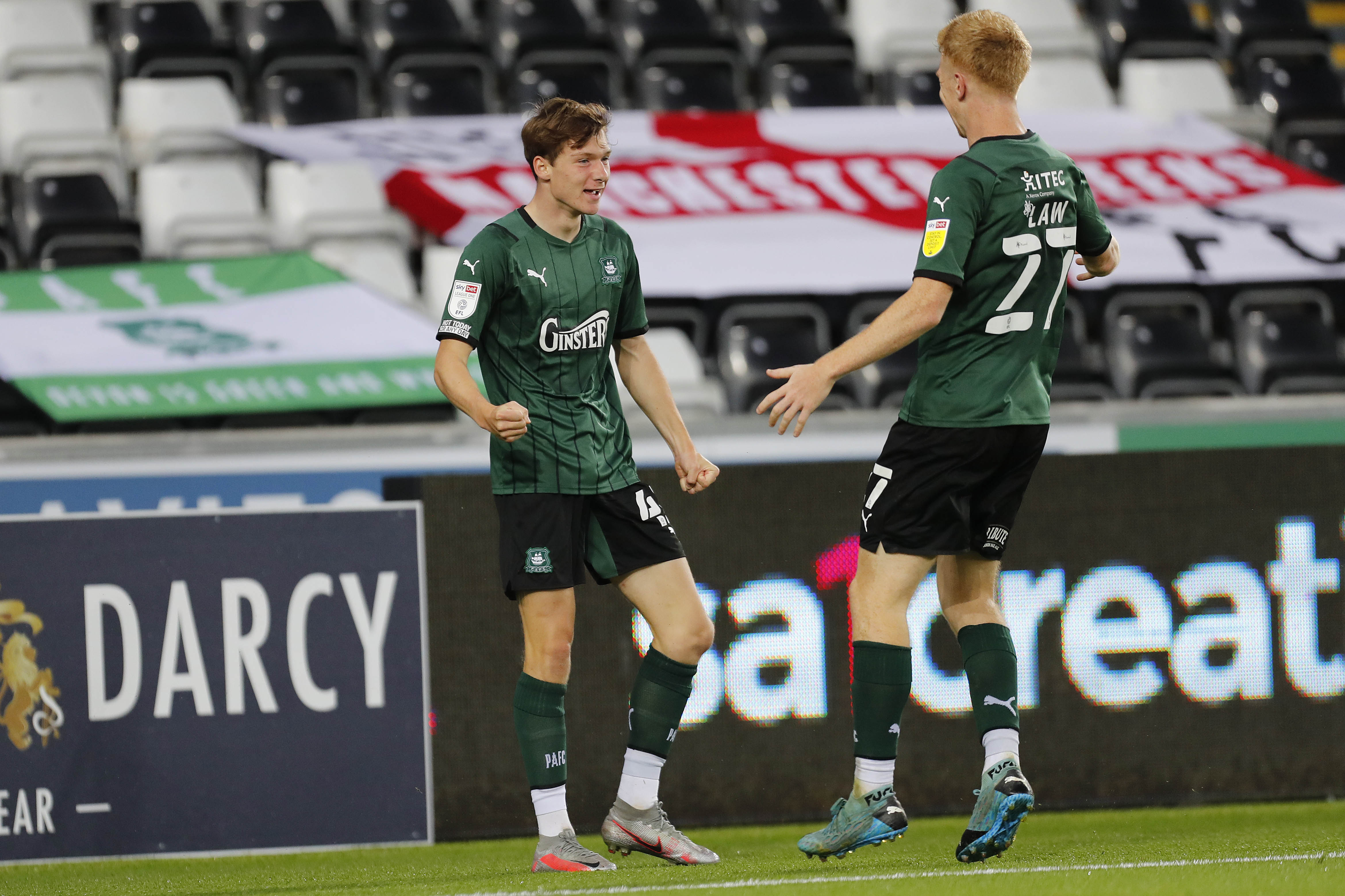 The past two seasons have brought many fantastic experiences for home-grown talent at Home Park.

Under the guidance of manager Ryan Lowe, assistant Stephen Schumacher, first-team coach Kevin Nancekivell and director of football Neil Dewsnip, young players are being given more and more opportunities to shine at first-team level.

From the opening day of this season, when five Pilgrim products were in the squad for our trip to Rotherham, the trend has continued with wonderful outcomes.

Luke Jephcott scored in the superb 4-0 win at Sky Bet Championship side Peterborough, with apprentices Finley Craske and Rhys Shirley among the substitutes. Luke then bagged the winner in our 1-0 victory over Gillingham.

Shirley, Ryan Law and Adam Randell all emerged from the bench in the 1-1 draw with Cambridge and Luke notched again in the 3-0 success at Shrewsbury.

Faith in youth took yet another step forward in the Carabao Cup game at Championship Swansea City, with Law, Ollie Tomlinson, Randell and Jephcott all in the starting line-up. Regular no.1 Mike Cooper, Craske, Shirley and Ethan Mitchell were on the bench.

It all added up to Academy graduates and prospects making up half of the match-day squad, with Shirley scoring his first senior goal.

In the Papa John’s Trophy game at Newport County, half turned to more than three quarters, with 13 of the 16 players in the match-day squad produced by the Home Park youth system.

Freddie Issaka took those achievements to a new level, when he came off the bench to become
Argyle’s youngest ever player at the age of just 15 years and one month.

We are enjoying an amazing period of young home-grown talent at Home Park and Big Green Lottery members have played their part in this process, raising valuable funds for the development of our next generation of Green heroes.

As well as supporting the Argyle Academy, BGL members win weekly cash prizes totalling £200, the weekly rollover is at £1,100 (and climbing), a monthly prize of £500 and Argyle Experience prizes, a Superstore discount and entry into the Grand Annual Draw of £10,000.

All of this costs just £2.25 per week to become a BGL member. Join today and make a difference to our future.