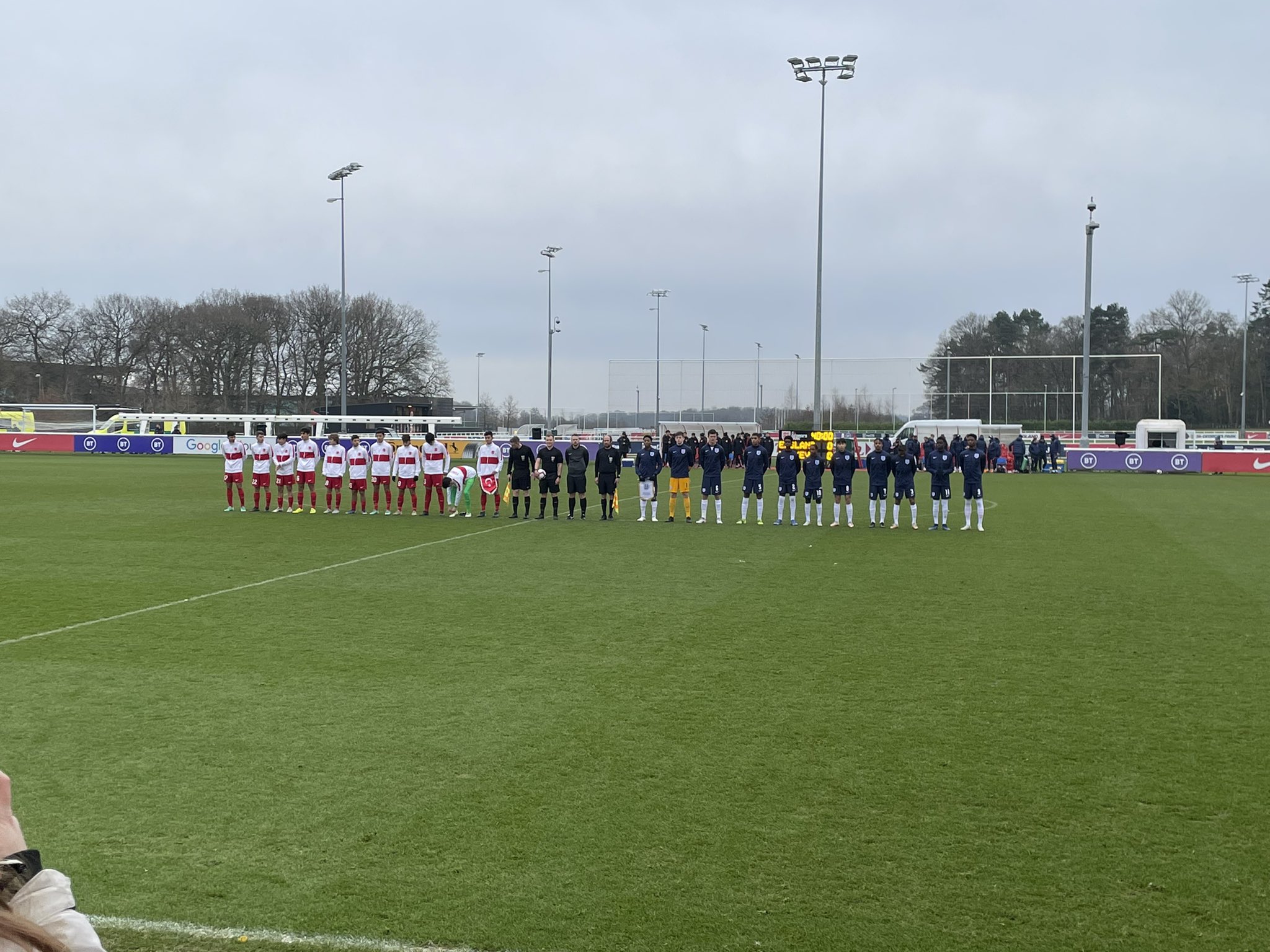 Argyle Academy striker Freddie Issaka made his first England under-16s start on Wednesday, in their 3-1 win over Turkey under-16s at St George’s Park.

The club’s youngest ever player began the match for the young Lions and played 70 minutes before being replaced.

He is the first Argyle player to represent England at any age group since Matt Lecointe, who played for England under-18s back in 2012.

The Truro School pupil has previously represented Wales at the same age group but was called-up by England for their double header with Turkey.

He made his debut in England’s 2-1 win on Monday, coming on as a late substitute.

Argyle manager Steven Schumacher was also a regular at England youth levels and captained the under-16 side.

Fellow Academy star, Harry McGlinchey, was also at St George’s Park this week, as part of the England under-15 training camp.

Director of Football Neil Dewsnip said, “What a terrific honour for him and his family.

“As an ex-England coach, I know how important it is for the boys to get selected - I am sure Freddie will be incredibly proud.

“It is recognition for his hard work over a number of years and is also a pat on the back for Argyle staff who have supported Freddie on his journey so far.

“I hope this is an inspiration for Freddie and we all hope he will continue to develop at Argyle for a number of years.”

Congratulations Freddie, the first of many.