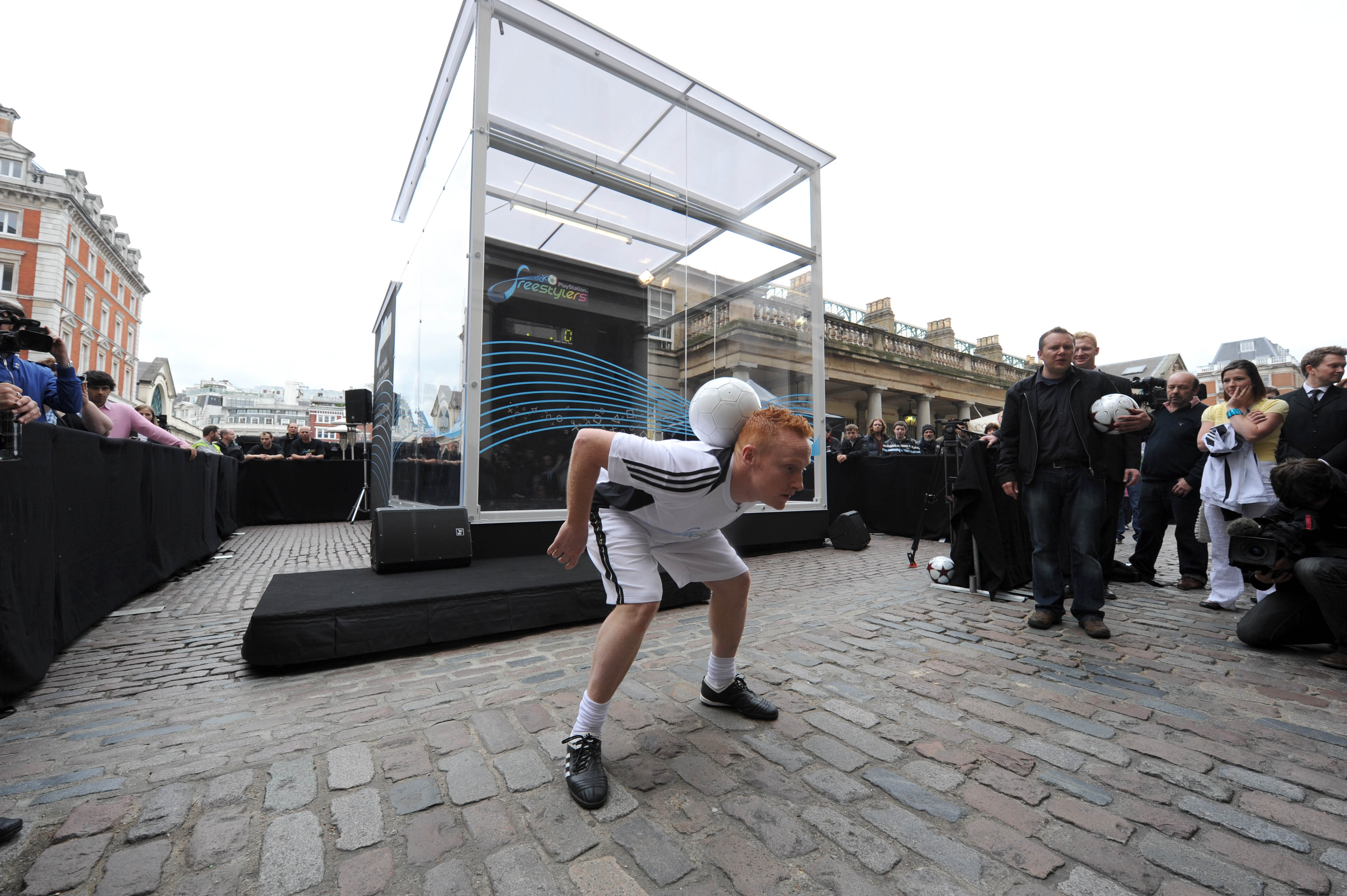 Argyle and the Argyle Community Trust are delighted to welcome TV star, public speaker, and world-renowned football freestyler Dan Magness to the Family Activity Zone for the Greens’ Sky Bet League One home fixture against Fleetwood Town this Saturday.

Superstar Dan is known for his phenomenal football tricks and unrivalled football freestyle displays, and he’s bringing them to the Theatre of Greens ahead of kick-off on Saturday.

Dan has performed half-time shows at several Premier League football clubs, as well as appearing in TV commercials alongside some of the biggest names in world football. To top it all, Magness has even starred in his own TV show - Football Freestyler.

If a career as a television personality was not enough, Dan is also a record-breaker! In 2009, he became the first person in the world to keep a ball in the air for an astounding 24 hours without dropping it.

Incredibly, he broke his own record a year later, adding a further two hours, before tackling a gruelling 36-mile walk across London, keeping the ball off the ground the entire time. Another record was smashed in 2012, when Dan walked from Wembley Stadium in London to Old Trafford in Manchester – all while keeping the ball up.

Dan will be showing off his freestyle skills and chatting with fans from 10.30am, alongside all the regular fun and activities available to families at Home Park. After treating supporters to a freestyle show, Dan will join our hospitality guests in Club Argyle.

The Family Activity Zone, run by the club’s official charity the Argyle Community Trust, is located outside the Devonport end at Home Park Stadium. Young people can take part in a variety of sporting activities during the build-up to the big kick-off and it is free to any young Pilgrims with a match ticket!

For more information on the Family Activity Zone and all our match day experiences, including becoming a mascot, click here.