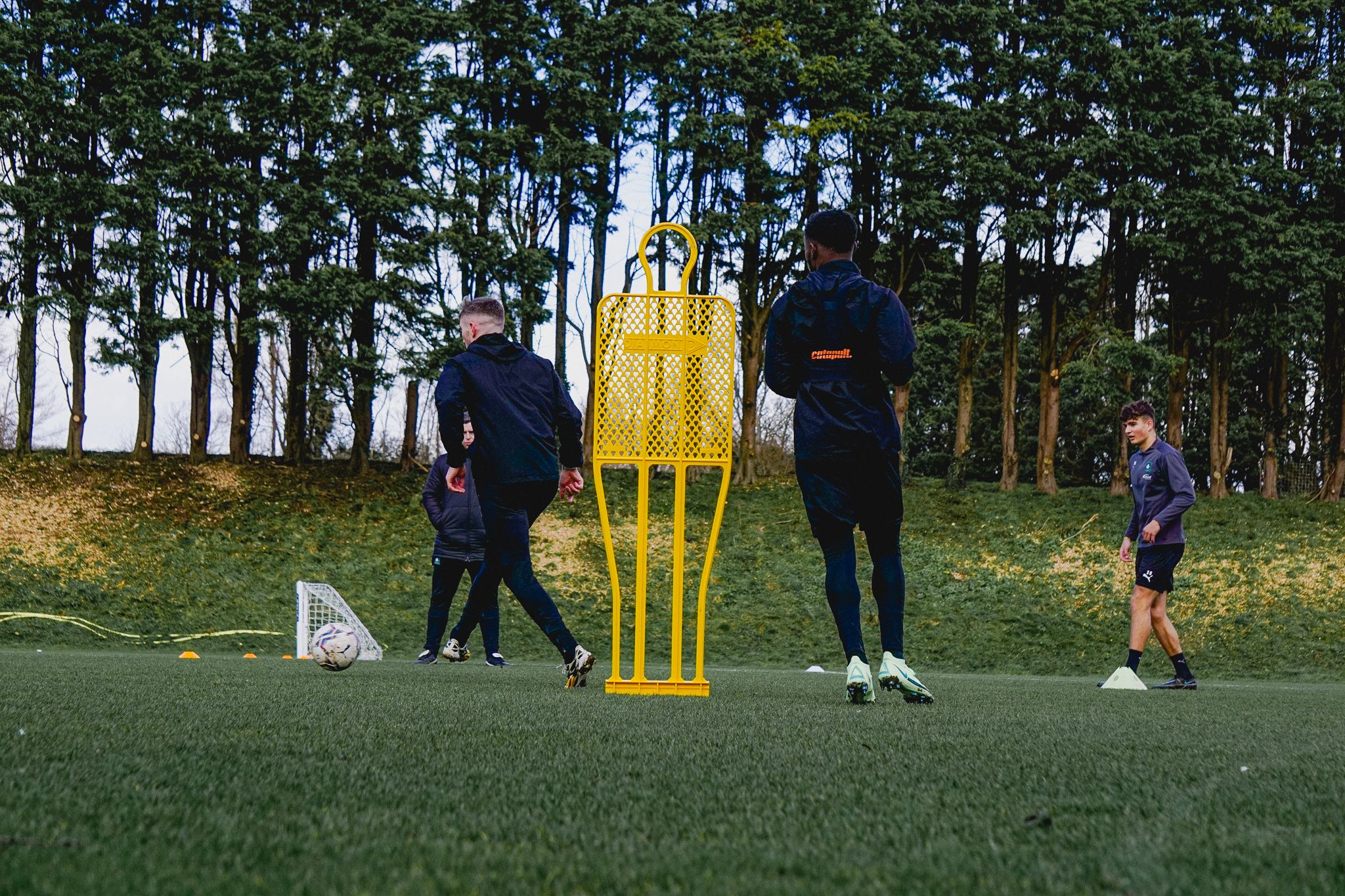 Steven Schumacher says there’s ‘no better chance’ to return to winning ways than this Saturday when Morecambe visit Home Park.

Victory for Argyle would give them a boost in their chase for the play off places in Sky Bet League One.

While Argyle currently sit in eighth, they have two games in hand on sixth placed Sunderland and seventh placed Wycombe Wanderers who are two and three points ahead of the Greens respectively.

With this weekend’s fixture in mind, Schumacher said, “We’re really looking forward to it.

“It’s a good chance for us to hopefully pick up some points.

“I felt the performance last week against Rotherham was really good, we just didn’t get the result we wanted.

“But the players are excited for the challenge against Morecambe. Hopefully, it’s a big crowd again and we put on a good performance.”

However, Schumacher conceded the threat Morecambe and their newly appointed manager and familiar name, Derek Adams, will bring to Home Park, “They’re always a tough team to face. We had a real tough game earlier in the season when Steven Robinson was in charge.

“Now Derek’s gone back there, it’ll be no different.

“They had a good result at the weekend against Ipswich. We know what they’re all about, when Derek had them in League Two they were well organised

“They were quite direct as a team with structure behind it and were good on the counterattack so we’re expecting something of the same.

“We need to be on our best with the ball and not be careless with it to stop those counter attacks and try and be patient and break them down.

“If we get an opportunity, if we get as many opportunities as we did last Saturday, then hopefully we’ll take one.”

Last week’s 0-1 defeat at home to Rotherham may not tell the whole story.

Several great chances fell to Argyle’s feet without being converted and they were made to pay by the league’s second top goal scorer, Michael Smith, with just over an hour played.

“When you have a good performance and you do play well against a top team, then everyone can take confidence from it”, Schumacher said, reflecting on the result against Rotherham.

“We wanted the result, there’s no good playing well and losing, no one wants to do that.

“When the lads came back this week, they were bright. No one’s head was down too much.

“The training this week was excellent, the standard was a joke on Tuesday. If we take that training into Saturday’s game, we’ll be fine.”

This weekend, Argyle will face the league’s joint-second goal scorer, Cole Stockton, however, Schumacher and his Argyle side have six of their next eight games at home which could support their form during a tough March period, “It’ll give us more stability, bit more normality if you like.

“The travelling takes its toll on the body and the mind. We won’t have to do that as much in March, which is great.”

“We’ve been good at home this season, our form’s been good.

“We want to continue that form and there’s no better chance than this Saturday to get three points, then move on to the next one on Tuesday against Wimbledon.”

With a tough string of fixtures in store, questions of squad rotations and changes have been raised. On this, Schumacher said, “I think it’s important not to look too far ahead.

“We’ve had to use players and rotate the strikers in particular, that doesn’t necessarily mean it has to be the case.

“We know we’ve got a good squad and we always pick a team that has physically got a chance to win in the next game and tactically as well.”

Schumacher also updated us on the fitness of the squad, “Dan Scarr is halfway through his rehab process, so it’ll be good to get him back.

“The only disappointment this week is Alfie Lewis has a bit of thigh problem so that’s a bit of a blow.

“He hasn’t made the squad in the last couple of weeks because of how strong we have been, and Ryan Law didn’t make the squad on Saturday who, again, has been really good for us and reliable when needed.

“Alfie will be out for a few weeks which is disappointing, but the rest of the squad are in good shape.

“There’s competition for places, people need to know that if they’re not quite on their game then we’ve got lads knocking on the door wanting to play and that’s a good thing for a manager to have.”

Alfie Lewis is the latest Argyle player to pick up a knock and will be out for the next couple of weeks.

He joins Dan Scarr, Brendan Galloway and George Cooper on the injury list.

For Morecambe, defenders Ryan McLaughlin and Jacob Mensah continue to be assessed as they look to make a return to action after recent lay offs.