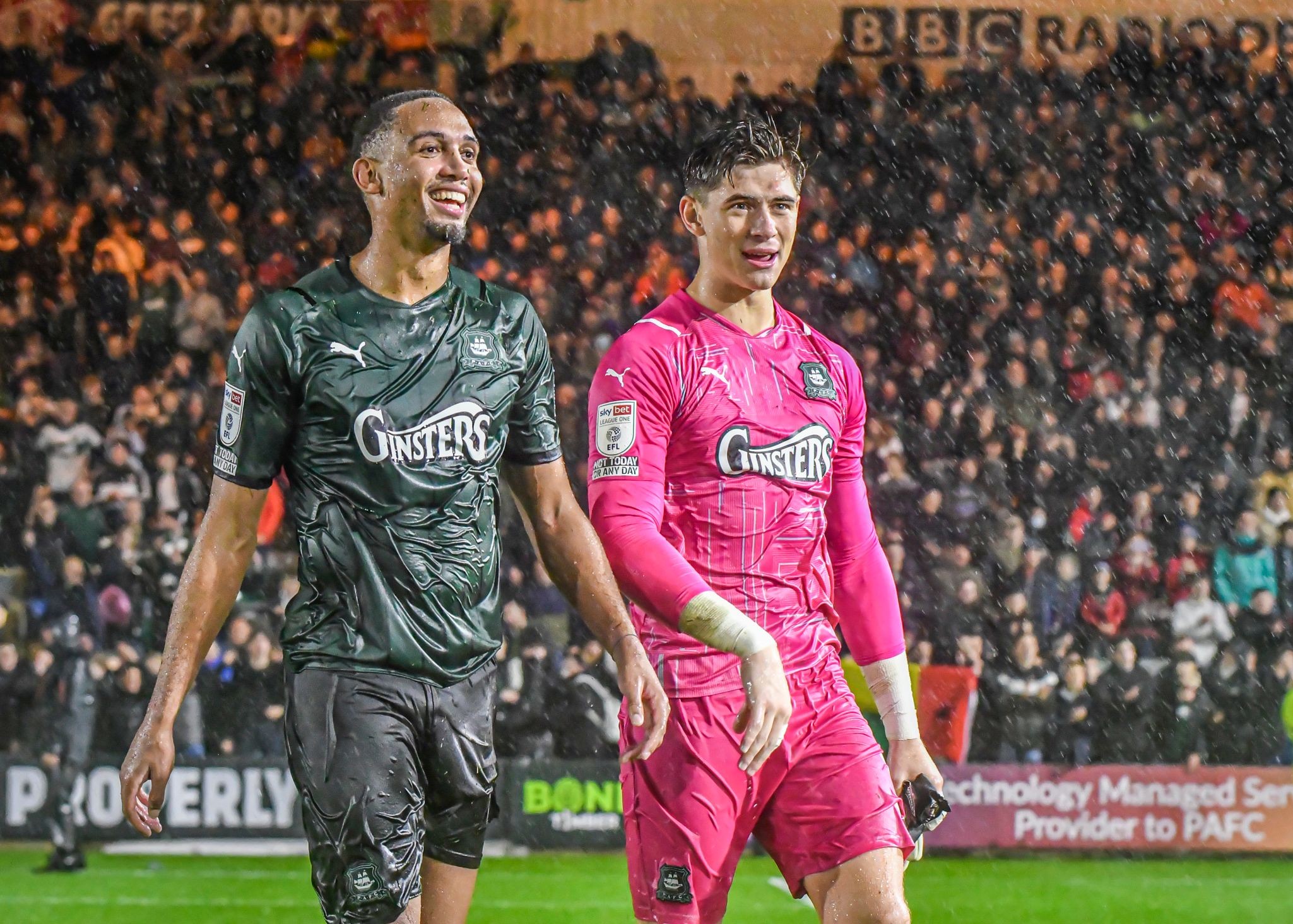 The newly capped Zimbabwe international scored the opening goal in the game which was played in torrential conditions.

Despite the weather, the Pilgrims were able to play some nice football and score three goals to extend their unbeaten run in Sky Bet League One to 13 matches.

Brendan believes the quality they showed in spite of the wind and rain underlines just how good the players are.

He said, “I thought despite the weather, we showed great commitment and stuck with our plans and pushed each other on and got a great result.

“It was quite difficult to judge the ball at times, it was windy, you weren’t quite sure whether the ball was going to bounce or whether it was just going to drop and stick.

“We have a great set of players here though and have a squad that can adapt and change our style depending on the conditions.

“It’s like a brotherhood down here and I am enjoying every second of it. It’s a great squad and we are doing well and are playing with a lot of confidence. I think it shows.”

The former Everton defender grabbed his second goal since joining Argyle in the summer, backheeling the ball over the line after a well worked corner.

It came after just five minutes and set out Argyle’s stall for the rest of the match.

He said, “The goal was instinct. We work on set pieces, and it was a great delivery and header back by Scarrsy.

“I found myself in there, had to improvise a bit, took a touch and then just tried to put it towards the goal.”

Last week the 25-year-old was playing in a World Cup qualifying match for Zimbabwe against Ghana in over 35 degree heat.

“Over there was hot, too hot,’ he said after Tuesday’s game.

“Today was something I have never played in before, something that extreme.

“I thought we coped well though and manged to grab a deserved three points.”