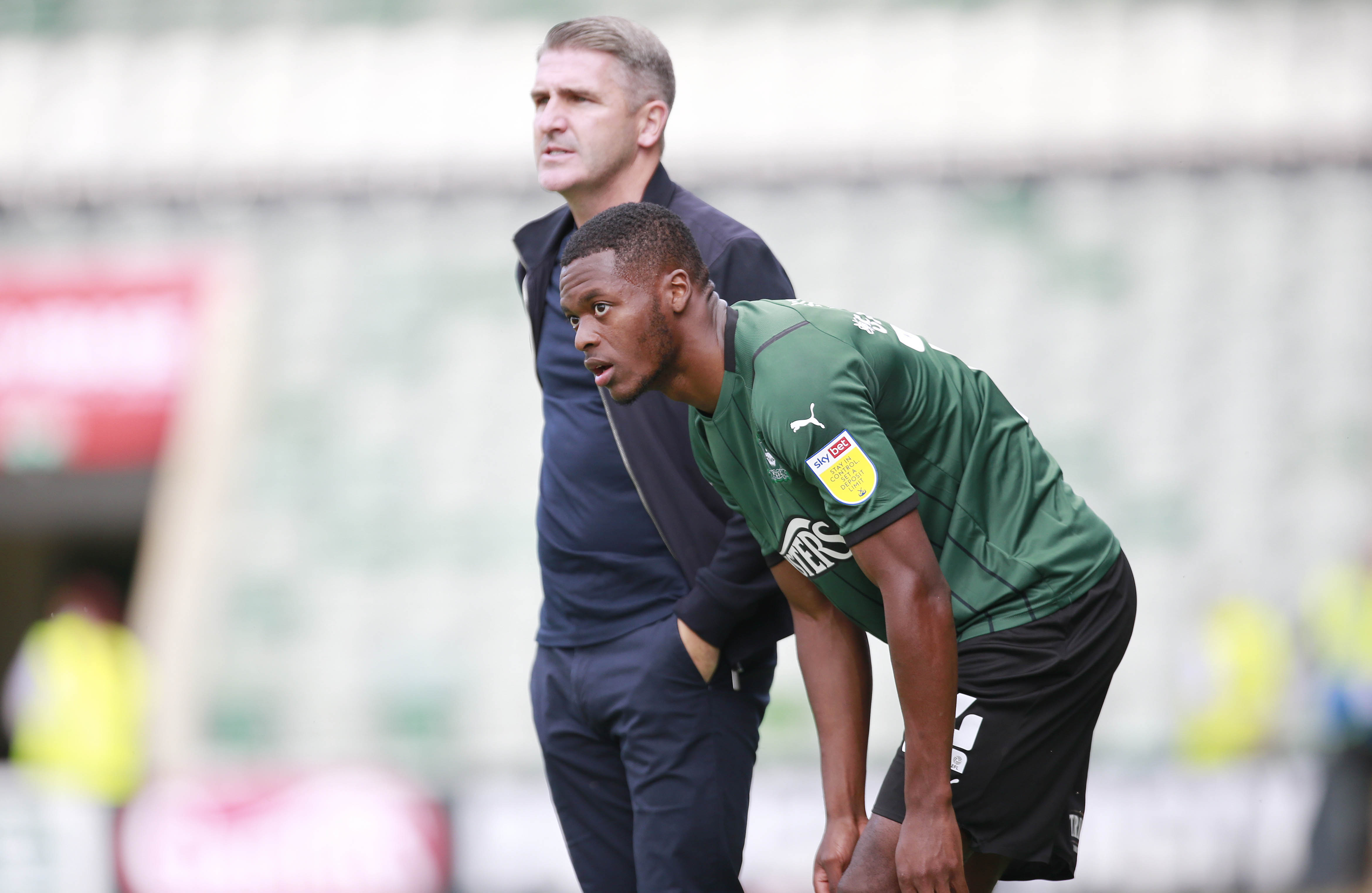 As home debuts go, Jordon Garrick’s was so close to being a perfect one.

The on-loan winger came off the bench in the second half and so nearly won the game for the Pilgrims, hitting the bar with a left footed shot from the edge of the box.

It was a frustrating afternoon for Argyle who had to settle for a point at home to Fleetwood Town in Sky Bet League One.

But despite the result, Jordon was delighted to experience the Green Army at Home Park.

He said, “The fans were electric, the stadium was rocking. I really enjoyed it to be fair.

“Unfortunately, we couldn’t get the win but we just move on to the next one.”

With the game tied at one apiece, Garrick picked up the ball from a throw deep inside the Fleetwood half and unleashed a curling effort which cannoned back off the crossbar.

It was so nearly the perfect way to introduce yourself to the fans.

He said, “I did the exact same thing in training, and it went straight in the top corner so I thought I would try it again.

“Sometimes when you hit it you know it’s going to be a screamer and as soon as I hit this one, I thought it was going in.

“I saw the keeper miss it, I turned away to celebrate only to hear it come off the crossbar and I was devastated.

“If it had gone in my celebration would have been a club fine at least.”

It would have taken the roof off Home Park had it gone in but even in a short ten-minute cameo at the end of the game the supporters got to see what Jordon is about.

He arrived just over a week ago and made his debut in the 3-0 win over Shrewsbury Town two days later. He then couldn’t play in the Carabao Cup defeat to Swansea City but has settled into life in the South West well.

He said, “Everyone has been so friendly, so nice. The team accept everyone straight away.

“The manager is good with all the boys, the back-room staff look after all the boys. I feel like at home now.”