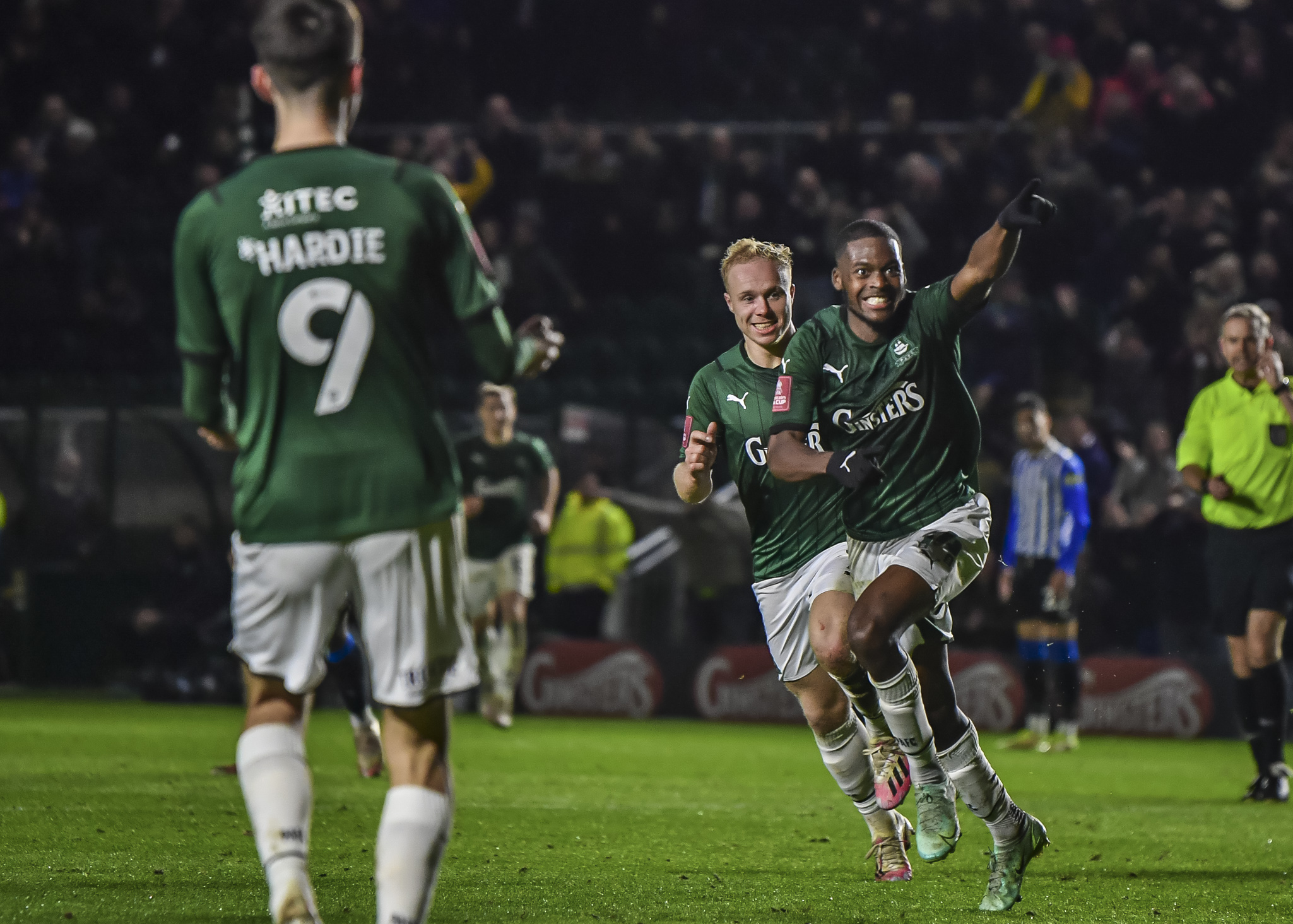 Garrick's love for the Green Army

Two goal hero Jordon Garrick praised the supporters as the Greens saw off Sheffield Wednesday to reach the second round of the Emirates FA Cup.

The on-loan Swansea City man couldn’t stop smiling as he walked off the pitch to the adulation of just over 11,000 supporters.

He said, “When the atmosphere is this good, we just want to perform better.

“I can’t explain how good it is when you hear the crowd chanting. The fans can turn a game on its head just like that.

“As soon as we came out today, they were singing and clapping – the fans here are something special.”

Jordon’s strikes were either side of a Ryan Hardie goal, as the Greens beat Wednesday for the second time this season.

His first was a special strike from the edge of the box and his second an opportunistic effort after Wednesday ‘keeper Joe Wildsmith spilled the ball.

“It was nice to get the two goals,” Garrick said.

“To be fair, I always say if I’m on the edge of the box, put your house on it that I’m going to score.

“It was either let go of the ball or hold on for the free kick, I think he made the wrong decision but I’m not going to complain.”

“I think the atmosphere was just so good. The players just soak it up.”